Brexit: PM to meet EU chief in bid to save trade deal 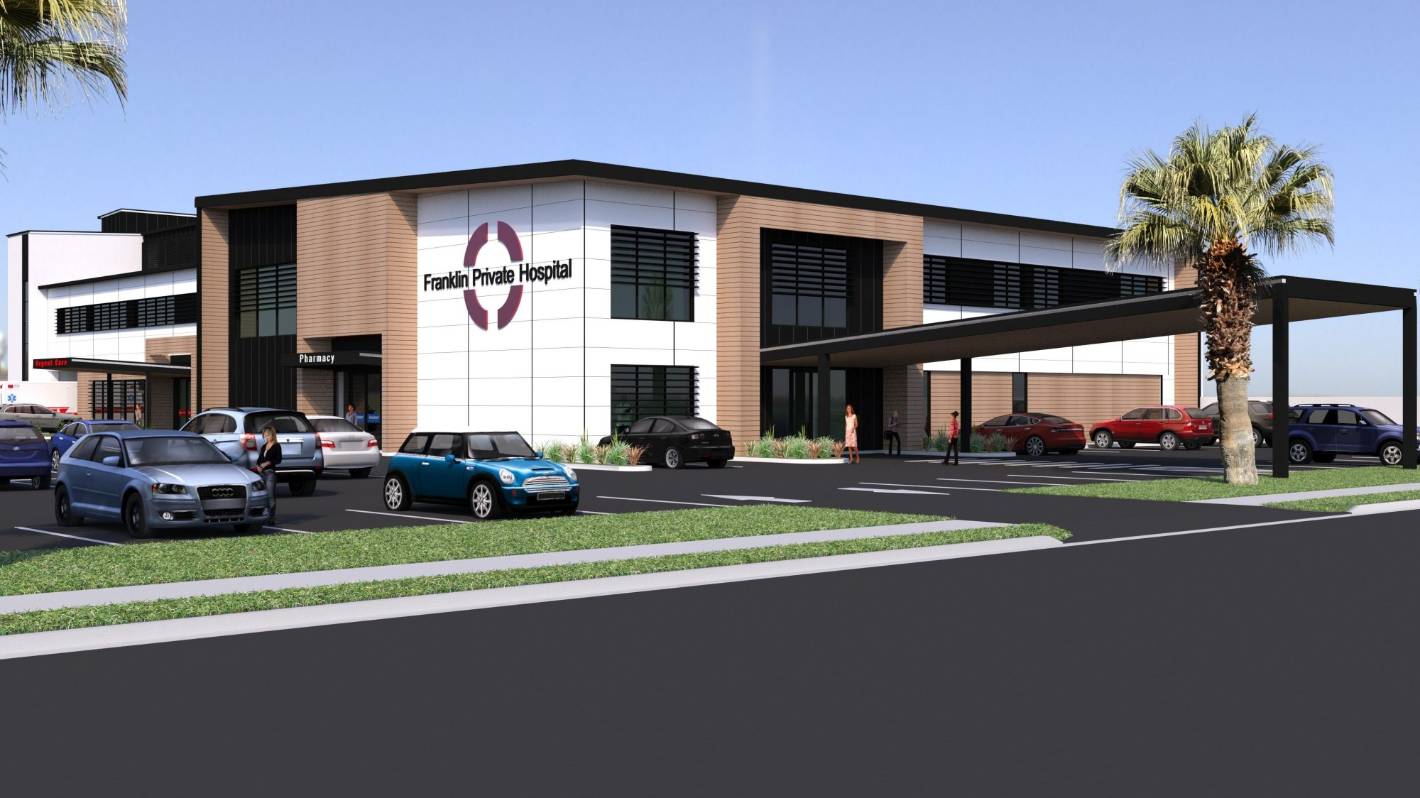 A digital rendition of Franklin Private Hospital to be completed July 1.

Founders of a Pukekohe private hospital want to negotiate New Zealand’s first private-public partnership, but a health economist says similar arrangements in the UK have been disastrous.

Dr Creasan Reddy has high hopes for the future.

He is one of five founding members of Urgent Care Franklin (UFC), a privately owned, Pukekohe-based accident and emergency clinic. Since opening in 2017, he says their increasing patient numbers reflect a need for more medical services in the region.

“We see 120 patient per day. A lot of the time we’re full… this building has outgrown our patient load.”

“It makes sense we are so geographically isolated here, everyone has to go up the motorway to get to Middlemore [Hospital]… which is a nightmare with traffic for patients.”

The new hospital will provide 24-hour urgent care, four elective surgery theatres with 14 beds for overnight stays, a full radiology suite, cardiology unit and pharmacy. The hospital will be manned by 60 staff, with the ability to treat 150-200 patients per day.

But his plans stretch even further.

“Although this stage is a private hospital, meaning patients must have insurance, I’m looking to start negotiations with the Counties Manukau DHB (CMDHB) to make state two, the first private-public collaborations in the country.”

Reddy plans to devote this future $25m section of the building to non-acute patients currently under public care, essentially making the Franklin Private Hospital an extension of Middlemore Hospital.

He says this could be done with no extra cost to the taxpayer, by cutting the luxuries associated with private care they could match the price of public services.

“The hospital is already commercially viable,” he says.

But we can provide the same quality of care for the same price, it reduces the strain on [Middlemore Hospital] and it’s better for the patient.”

A CMDHB spokesperson said that there had been no discussion about a future partnership with Franklin Private Hospital.

On the surface the arrangement sounds like a good deal, Middlemore Hospital is facing years of backlogs for elective surgeries and due to overcapacity the CMDHB already issue patients up to 500 vouchers a month for private A&E.

But Dr Richard Edlin, health economist and head of the Health Systems Group at Auckland University, says Private-Public Partnerships(PPP) in the UK have resulted in higher costs to the tax-payer.

“In the best case, I don’t think it would be a great investment in a bad case it could be pretty disastrous.”

He says New Zealand DHBs regularly make use of the private sector. But these arrangements are short-term stopgaps often used to manage spikes in caseload numbers.

“This would be for example cataract surgery, nothing tends to go wrong and you could put through a large number of people quickly,” he says.

He says the danger with PPP-type arrangements is that community health outcomes become dependent on the private sector.

“Hospitals sometimes forward plan… but then the supplier turns around and says although we’ve agreed… sorry it can’t be done unless you pay us more.”

It’s rare that small private hospitals can match the cost of large public hospitals, he says.

“The larger the scale typically the cheaper it’s going to be.”

He says there’s no doubt DHBs nationwide are facing issues ranging from staffing shortages to an increased need for community based care.

“But usually, it’s a better idea instead to look at what it costs to increase capacity or decentralise services… and simply go to the government.”