Rudy Giuliani in hospital after positive test for Covid-19

Mass vaccination is beginning around the world, but NZ will wait for a Covid jab 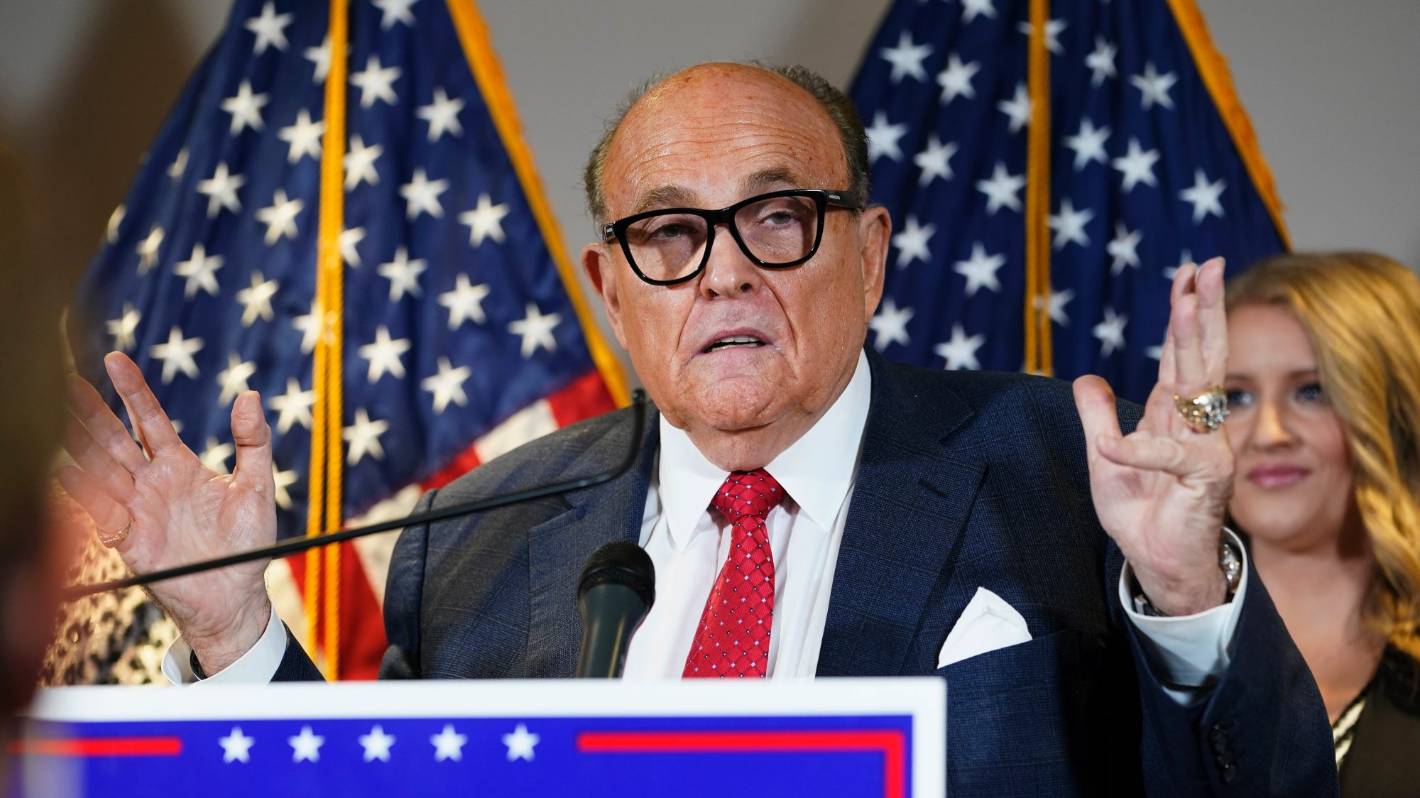 US President Donald Trump says his personal lawyer Rudy Giuliani has tested positive for Covid-19, making him the latest in Trump’s inner circle to contract the disease that is now surging across the US.

Giuliani was exhibiting some symptoms and was admitted Sunday (local time) to Georgetown University Medical Centre in Washington, according to a person familiar with the matter who was not authorised to speak publicly.

The 76-year-old former New York mayor has traveled extensively to battleground states in an effort to help Trump subvert his election loss. On numerous occasions he has met with officials for hours at a time without wearing a mask.

Trump, who announced Giuliani’s positive test in a Sunday afternoon tweet, wished him a speedy recovery.

“Get better soon Rudy, we will carry on!!!” Trump wrote.

Giuliani did not immediately respond to a request for comment, but on Sunday evening he retweeted Trump’s announcement of his diagnosis. He also tweeted thanks to a conservative writer who had said he was praying for Giuliani.

Giuliani attended a hearing at the Georgia Capitol on Thursday where he went without a mask for several hours. Several state senators, all Republicans, also did not wear masks at the hearing.

Giuliani made an appearance earlier on Sunday on Fox News to speak about his legal challenges in several states on behalf of Trump.

The diagnosis comes more than a month after Trump lost re-election and more than two months after Trump himself was stricken with the virus in early October. Since then, a flurry of administration officials and others in Trump’s orbit have also been sickened, including White House chief of staff Mark Meadows and Ben Carson, the secretary of housing and urban development. The president’s wife, Melania Trump, and teenage son, Barron Trump, have also been stricken.

The extraordinary spread in Trump’s orbit underscores the cavalier approach the president has taken to a virus that has now killed more than 280,000 people in the US alone.

Those infected also include the White House press secretary and advisers Hope Hicks and Stephen Miller, as well as Trump’s campaign manager and the chair of the Republican National Committee.

“I am experiencing mild symptoms, and am following all appropriate protocols, including being in quarantine and conducting contact tracing,“ the younger Giuliani said in a November 20 tweet disclosing his Covid-19 positive test.

Trump spent the waning days of his campaign trying to persuade the American public that the virus was receding, and repeatedly claimed it would miraculously “disappear” after November 3. Instead, the country is experiencing a record-breaking spike in infections.

Asked about Trump and other administration members flouting public health experts’ warnings to avoid large gatherings and calls to wear masks, Birx replied that some leaders are “parroting“ myths and called the pandemic “the worst event that this country will face.“

“And I think our job is to constantly say those are myths, they are wrong and you can see the evidence-base,“ Birx added.