How do you save a child from falling off the edge of the world? 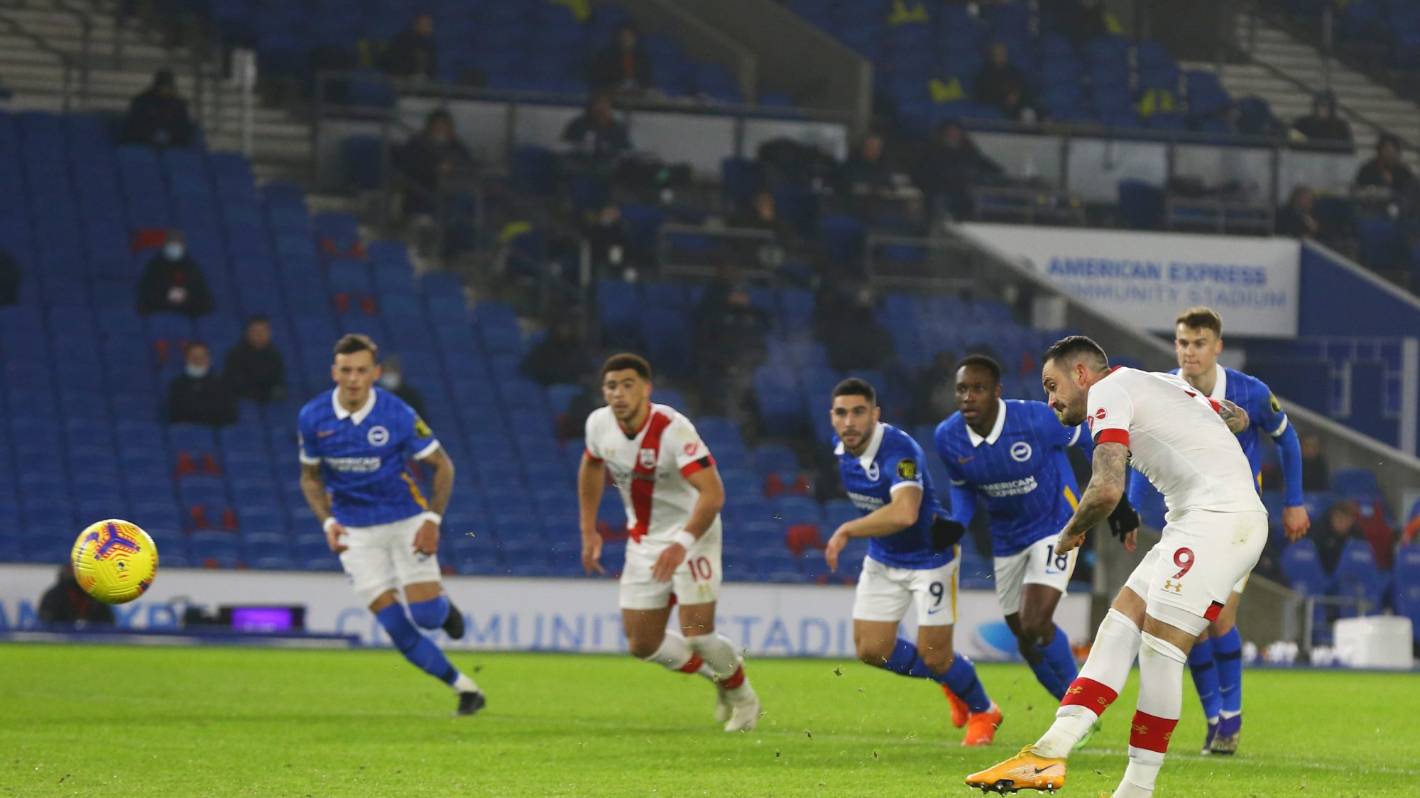 Brighton and Hove Albion gave up the lead late in a 2-1 Premier League defeat to high-flyers Southampton.

The Saints extended their unbeaten run against south coast rivals Brighton to eight games and moved into fifth place with victory at the Amex Stadium.

As 2000 Seagulls fans were welcomed back for the first time after a nine-month absence, Southampton fought back after going a goal behind to secure all three points in a game which included two penalties.

Brighton took the lead from the spot, with Pascal Gross sending goalkeeper Alex McCarthy the wrong way after James Ward-Prowse handled the ball in the area.

Ralph Hasenhuttl’s men then found the equaliser just before the half-time whistle with Ward-Prowse making up for his earlier error to pick out Jan Vestergaard, who headed home the corner.

Then, with 10 minutes remaining, substitute Danny Ings fired home on his return from injury after Southampton were awarded a controversial penalty, with Brighton players claiming the foul took place outside the area.

Brighton took the lead on 26 minutes after referee David Coote pointed to the spot after a Danny Welbeck cross hit the raised arms of Ward-Prowse.

Gross fired in the penalty after sending McCarthy the wrong way.

Against the run of play, the Saints struck the equaliser just before the break.

Ward-Prowse continued his impressive record from set-pieces, crossing the ball from a corner for Vestergaard to head past Mat Ryan.

In the 79th minute, Kyle Walker-Peters was brought down by Solly March, with the referee initially awarding a free kick before a lengthy VAR intervention changed the decision to a penalty.

Ings struck the spot-kick into the net on his return from injury, his seventh goal of the season, and his side held on for the victory.