Two COVID vaccines could be authorized this month. Can we choose which one we get? 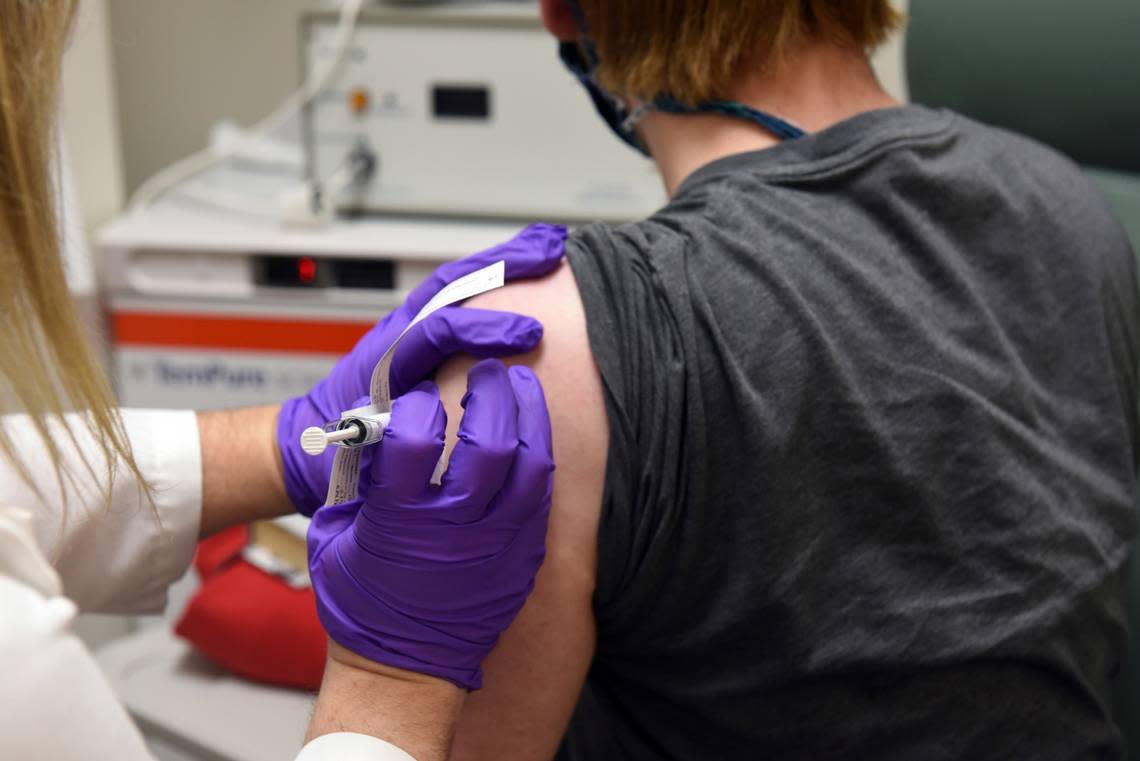 The U.S. is potentially weeks away from having not one, but two COVID-19 vaccines administered in the arms of at least 20 million people by the end of the month — with more candidates on the horizon.

But the availability of multiple vaccines doesn’t necessarily mean you’ll be able to pick for yourself — as staggered roll outs, various storage requirements and other unknowns will likely complicate the process.

Pfizer and its partner, BioNTech, along with Moderna, are in line for U.S. Food and Drug Administration authorization on Dec. 10 and Dec. 17, respectively. If given the green light, Pfizer’s vaccine will be the first to be delivered to all 50 states, the District of Columbia, eight territories and five major cities, including New York and Chicago.

First deliveries of the much-awaited vaccine will be “within 24 hours” after the FDA’s decision, which most top health officials say will be in favor of authorization, according to Chief Operating Officer of Operation Warp Speed General Gustave Perna.

And one week later, Moderna’s vaccine will likely be authorized and recommended for use.

Can you choose which coronavirus vaccine you receive?

“In the beginning, if you are a health care professional and at the end of December your facility has a vaccine, you probably won’t have a choice although your facility might have both” the Pfizer/BioNTech and Moderna options, the CDC spokesperson said.

That’s because vaccine supplies will be extremely limited during initial roll outs.

The agency announced Tuesday that health care workers and residents of long-term care facilities should be first in line to get the vaccine; next, essential workers such as teachers, firefighters and corrections officers; then, adults with high-risk medical conditions and those over 65.

Only after these groups get their shots will vaccine supplies be ready for the general population sometime in spring, officials say. And by that point, there will likely be more than two authorized vaccines on the market.

AstraZeneca and partner University of Oxford, and the Janssen Pharmaceutical Companies of Johnson & Johnson both have vaccine candidates in phase 3 clinical trials, the last step before submitting data to the FDA for review.

The U.S. Department of Health & Human Services gave millions to billions in funds to those four companies — Pfizer/BioNTech, Moderna, AstraZeneca, Janssen — along with biotechnology company Novavax and Sanofi and partner GlaxoSmithKline.

“We are going to push allocations as vaccines become available. So, it’s not a one and done; it’s an initial push and then a continuous cadenced flow of vaccine,” Perna said during a media briefing Wednesday.

This means there could be anywhere from four to six vaccines authorized by the FDA when it’s time for the general public to get vaccinated.

It’s also possible certain vaccines will be suggested for specific groups of people, such as children or people with underlying medical conditions, if clinical trial data show one vaccine works better for one demographic over another. But at this point, the CDC spokesperson said, there is not enough data to determine if a particular candidate should be targeted toward certain groups.

“There will be more complexities as more vaccines come out, and we [will] look at the clinical trial data as well as what’s actually in use and look at vaccine effectiveness data to see if recommendations need to change,” the CDC spokesperson told McClatchy News.

How will states decide which vaccines go where?

So while it’s undetermined if individuals will be able to decide which vaccine they get, that decision will likely not be up to them. Instead, it could be based on their state’s capacity to store the vaccines, the CDC spokesperson said.

Pfizer’s vaccine is considered “ultra cold.” It needs to be kept at minus 94 degrees Fahrenheit, which requires special freezers that not all hospitals or health care systems have readily available or can afford.

On the other hand, Moderna’s vaccine needs to be kept at minus four degrees Fahrenheit, closer to a typical household freezer.

Mary Mayhew, CEO of the Florida Hospital Association, said the federal government requested that each state select no more than five hospitals that have cold storage capacity to serve as testing sites “to evaluate the logistics of distribution,” according to a Dec. 2 interview conducted by Miami Herald reporter Mary Ellen Klas.

“This is fluid. Our understanding is the federal government wants to quickly evaluate the initial distribution and the efforts by those hospitals and learn from that and make any changes that need to occur, then quickly get doses to those that have cold storage,” Mayhew told the Herald.

“By virtue of the cold storage requirements, it makes it challenging for any hospital that does not have that but, ideally, we’re talking a matter of days before the Moderna vaccine will be simultaneously distributed with the Pfizer vaccine,” she added.

Because the super cold storage is “not the requirement for the Moderna vaccine,” Mayhew said she expects it to be distributed to hospitals without that storage capacity.

Federal officials have said that it’s up to state governors to decide where their shipment of vaccines go — and to whom.

“We’ve asked the states in total jurisdictions to have their micro plans [ready] by the end of the week. … This way we can ensure that we understand all the places where they want the vaccine delivered and at what quantities,” Perna said during the Dec. 2 media briefing.

However, states are in various stages of the planning and preparation process for distribution of vaccines. Any drafts submitted to federal authorities now will likely change as more information becomes available.