Most of California to enter sweeping new virus lockdown 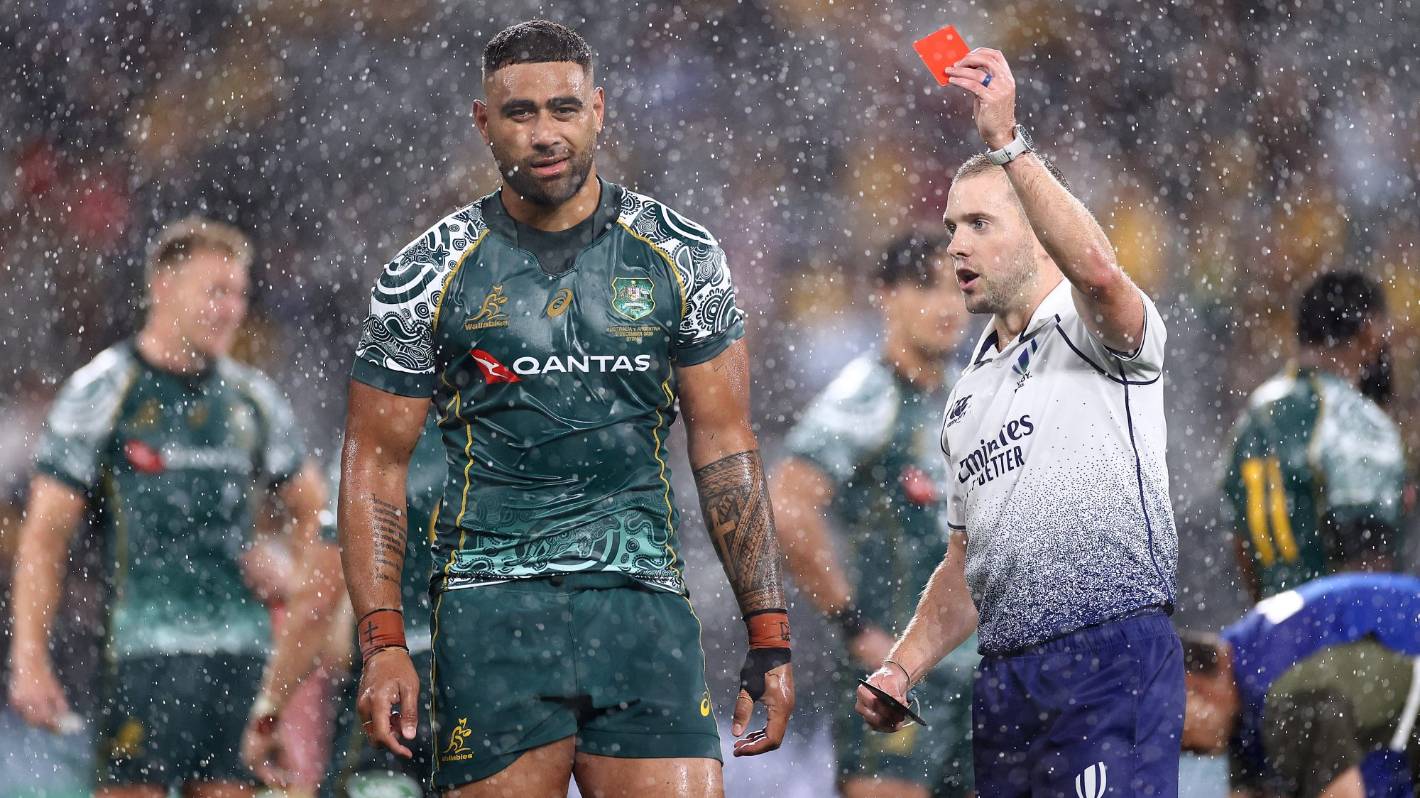 Wallabies lock Lukhan Salakaia-Loto was red carded for a high tackle in the test against the Pumas in Sydney.

Wallaby lock Lukhan Salakaia-Loto’s costly red card during the 16-16 draw with the Pumas has earned him a date with Sanzaar’s Foul Play Review Committee.

Salakaia-Loto was sent off in the 60th minute of the Tri Nations test for a high tackle Argentinian blindside flanker Santiago Grondona at Bankwest Stadium in Sydney on Saturday night.

Referee Angus Gardner, having issued yellow cards for high ruck entries in the first half, went one better when he reviewed Salakaia-Loto’s effort on Grondona and decided he had no option but to send him from the field play.

Salakaia-Loto didn’t appear to enter the tackle with any malicious intent but his technique was poor and from the moment his right shoulder connected with Grondona’s head it became clear he was going to be in strife.

For good measure, the Pumas players surrounding Grondona raised their arms in protest.

Reece Hodge missed another match-winning penalty goal, as Australia and Argentina drew once again in the Tri-Nations.

A statement issued by Sanzaar on Sunday night said Salakaia-Loto was alleged to have contravened Law 9.13 which states a player must not tackle an opponent early, late or dangerously.

The case is to be considered in the first instance by the Foul Play Review Committee which will take place on Monday night via video-conference.

All Sanzaar disciplinary matters are in the first instance referred to the foul play review committee to provide the option of expediting the judicial process.

For a matter to be dispensed with at this hearing, the person appearing must plead guilty and accept the penalty offered by the committee.