Chloe Gong is 21, she’s from the North Shore, and she just wrote a US bestseller 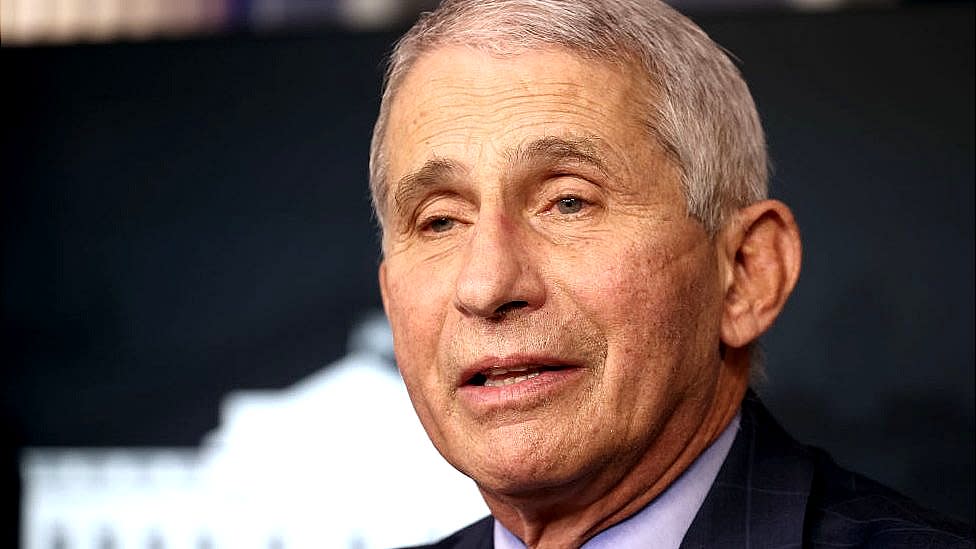 Dr Anthony Fauci, the top US infectious disease expert, has apologised for remarks that seemed to criticise the UK’s vaccine approval process.

“I have a great deal of confidence in what the UK does both scientifically and from a regulator standpoint,” Dr Fauci told the BBC on Thursday.

The UK on Wednesday became the first country in the world to approve the Pfizer vaccine for the coronavirus.

It has defended the rapid approval and said the jab is safe and effective.

Dr Fauci on Wednesday had told Fox News that the UK did not review the vaccine “as carefully” as US health regulators, although he implied that the US would quickly also be in a position to approve a vaccine. “We’ll be there. We’ll be there very soon,” he added.

He later told CBS News that the UK had “rushed” the approval, but on Thursday he walked back the comments, and said there was “no judgement on the way the UK did it”.

“Our process is one that takes more time than it takes in the UK. And that’s just the reality,” Dr Fauci told the BBC. “I did not mean to imply any sloppiness even though it came out that way.”

The UK medicines regulator – MHRA – said it had “rigorously assessed the data in the shortest time possible, without compromising the thoroughness of our review” – adding that it reviewed preliminary data on the vaccine trials dating back to June and had been running a “rolling review” since October which helped speed the process.

The regulator said that Covid vaccines were being developed “in a coordinated in a way that allows some stages of this process to happen in parallel to condense the time needed” adding that it did not mean that “the expected standards of safety, quality and effectiveness” had been bypassed.

“Any vaccine must undergo robust clinical trials in line with international standards, with oversight provided by the Medicines and Healthcare products Regulatory Agency,” it said.

“No vaccine would be authorised for supply in the UK unless the expected standards of safety, quality and efficacy are met,” the MHRA added.

On Thursday, the UK’s deputy chief medical officer Prof Jonathan Van-Tam told the BBC he was “very confident” in the MHRA.

He said there was more than “100 years of medical experience” between the UK regulator and the committee advising which groups of people are vaccinated first.

Dr Fauci’s remarks came as the US surpassed 14 million Covid-19 infections in total, with a recorded 276,325 deaths.

America’s Food and Drug Administration does have a different approach to other regulators around the world – it often asks vaccine makers for their raw data, which it then spends time re-analysing.

The UK’s medicines regulator in London, on the other hand, relies more heavily on the companies’ own reports as does the European Medicines Agency, based in Amsterdam.

Politics may also explain why the FDA hasn’t yet given the green light. Back in October, President Trump pressured health officials to approve the first vaccine candidates before election day on 3 November but they pushed back, fearing it might become a political football.

The FDA said it wanted to see two months’ extra safety data from the final phase vaccine trials before pharmaceutical companies could apply for emergency approval.

That has inevitably left some arguing the US has got bogged down in a much more detailed review than might have been necessary.

The head of the European Medicines Agency also appeared to raise eyebrows yesterday at the truncated timetable in London.

But officials in the UK believe the US and EU are likely to approve the vaccine soon.

The UK has ordered 40 million doses of the Pfizer/BioNTech coronavirus vaccine – enough to vaccinate 20 million people, and the first consignment of that vaccine has now arrived.

It has been taken to a central hub at an undisclosed location, and will now be distributed to hospital vaccination centres around the UK.

England’s deputy chief medical officer said the first wave of vaccinations could prevent up to 99% of Covid-19 hospital admissions and deaths.

Dr Fauci had described the US Food and Drug Administration’s approval process, slower than the UK, as the “gold standard”. On Thursday he clarified, saying the US does “things a little differently” than the UK.

“That’s all,” he said. “Not better, not worse, just differently.”

An independent UK expert on the use and effects of drugs in populations – Prof Stephen Evans of the London School of Hygiene & Tropical Medicine, said the approvals processes carried out by the FDA and the MHRA were “basically very similar”.

“The only major difference is that the FDA may reproduce all the tables submitted by a company by re-analysing the data,” he said.

“It is very clear that the UK assessment of this has followed all the usual processes, but has been working incredibly long hours and seven days a week both with MHRA staff and with their academic advisors for quite a long time on initial and interim data before the final data were submitted.”

Dr Fauci has led the US National Institute of Allergy and Infectious Diseases (NIH) for more than 30 years – covering five presidential transitions – and has become the most visible member of the White House’s coronavirus task force.

The EU, meanwhile, is eyeing a 29 December meeting of the European Medicines Agency to determine if there is adequate safety data on the vaccine for it to be approved in Europe. This timeline puts the EU weeks behind both the UK and US. After the agency approves the vaccine, it will probably also need a sign-off from the EU Commission.