Humour over rumour: How South Auckland is pushing back against 5G conspiracy theories 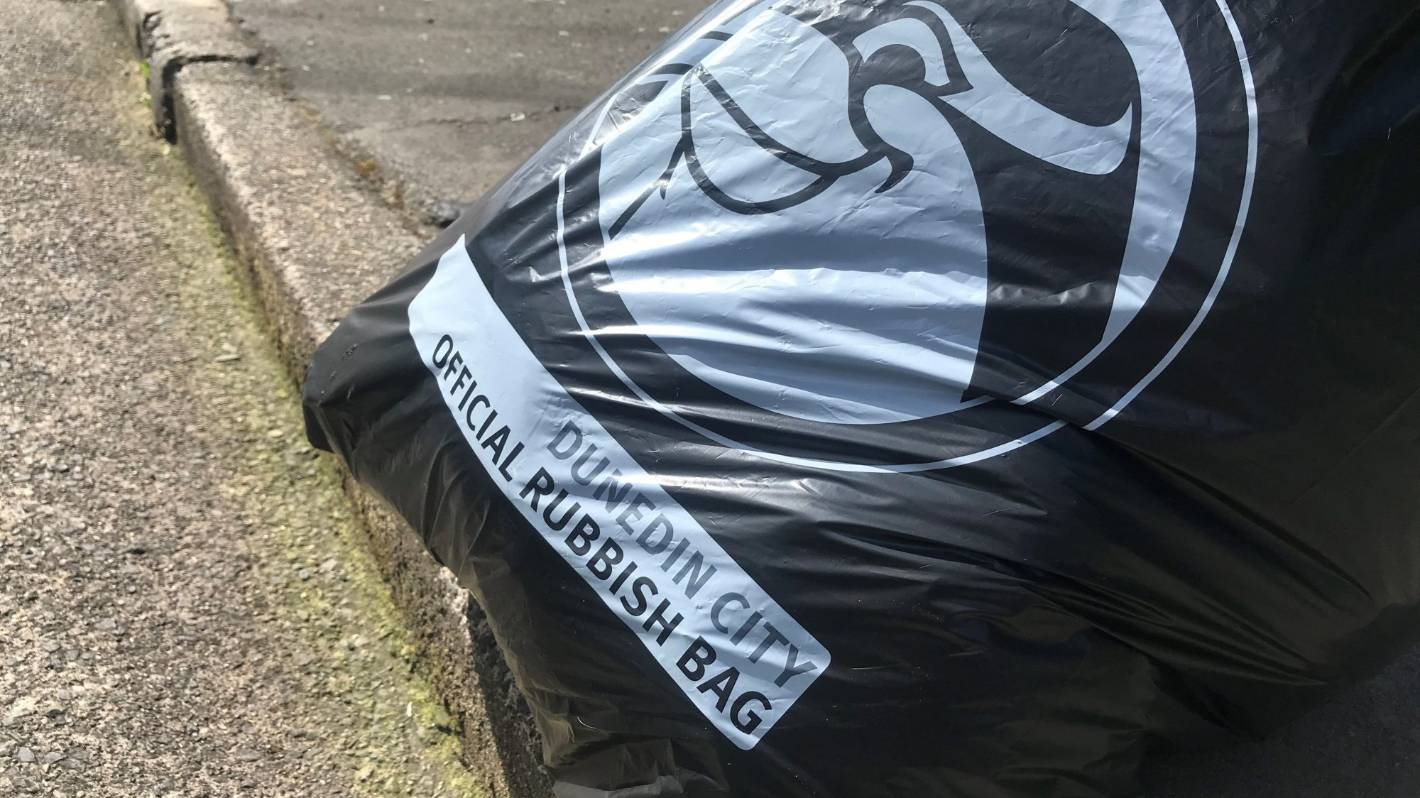 Dunedin’s black plastic rubbish bags may be discarded as part of a recycling makeover.

At present, Dunedin City Council offers user-pays plastic bags as part of its for refuse collection, but only a quarter of households now use them.

Most private wheelie bin services offer a 240 litre bin for weekly collections, but ‘’this high volume and frequency does not encourage waste minimisation”, the report says.

The council’s kerbside recycling service is fortnightly, involving 240l bin for mixed recycling collected for one week, and a 45l bin for glass the alternate week.

That was paid by a targeted rate of $66.30, but the report foreshadowed the cost was not ”sustainable” for any future service.

The report includes feedback from the community on alternative waste collection, and recommends other options for the city.

Community feedback was over two options: the first involved replacing the pre-paid bags with an 80l or 140l red-lidded refuse bin collected weekly, while retaining the yellow-lidded wheelie bin for recyclables, and a blue bin for glass.

That option would also retain the yellow-lidded bin and recycling crate.

These options were detailed in a pamphlet to every home in Dunedin earlier this year and of the 10,158 responses, 80 per cent favoured the second option.

The report noted submitters were supportive of phasing-out the black bags, but noted that user-pays system was a strong incentive to reduce waste.

However, the bags remained a preferred option for rural households without kerbside collection.

The report cited Hamilton City Council beginning a a new kerbside collection service in August, which was funded from general rates.

That service replaced plastic refuse bags, which cost $3.10 for a 45l bag or $3.30 for 65l bag, with a red-lid bin, and includes bins for food scraps, glass and recycling.

That option had the same initial capital expenditure as option two, of $20,625,000, but with cheaper annual operating costs. It would also come with a targeted rate of up to $310, while an optional garden waste collection service could cost between $140 to $180.

Disadvantages include up to three bins out on footpaths for each property.

The preferred and alternative options, to be discussed by council on Tuesday, will be included in the consultation document for the 10-year-plan.