Quarantine rules to be relaxed for business travellers 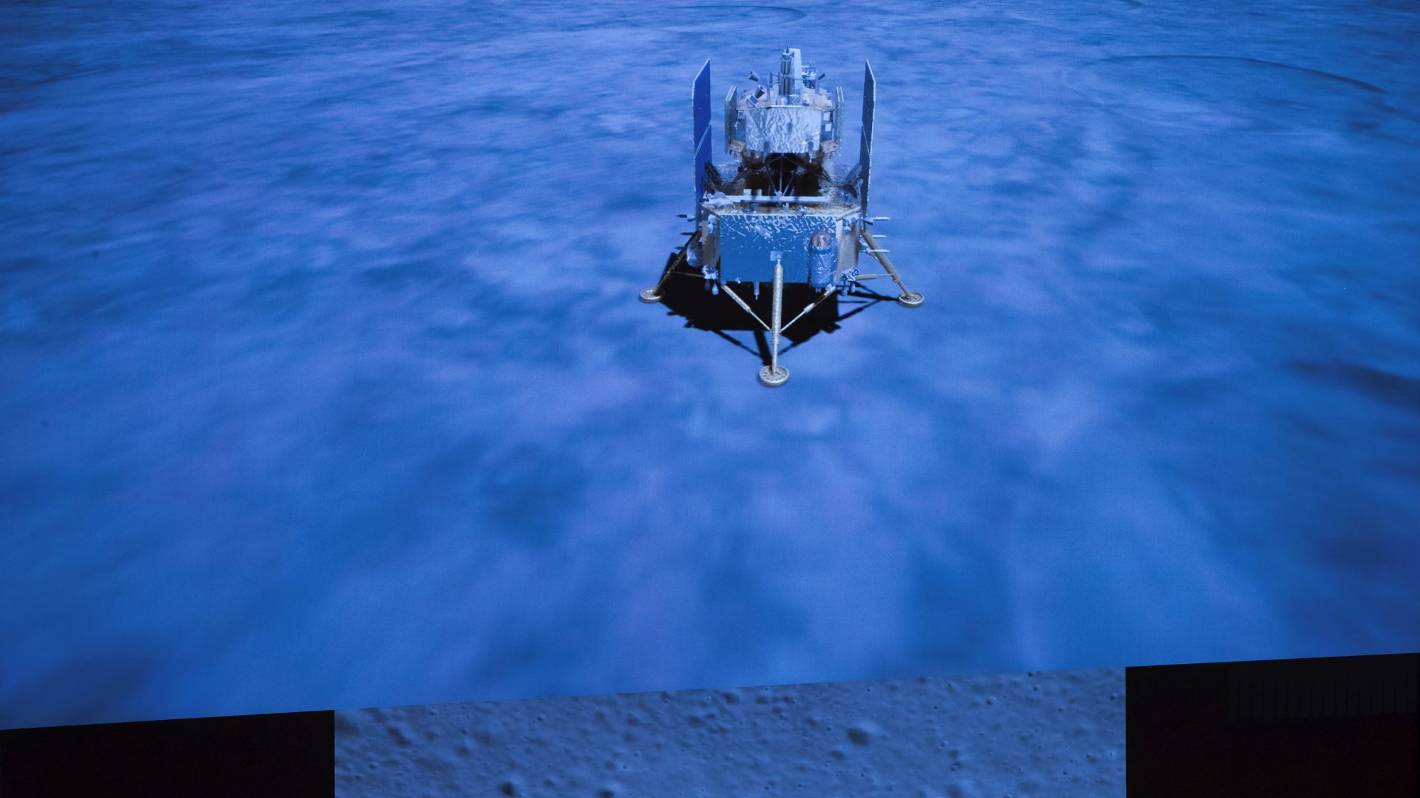 Chinese state media say the country’s lunar probe has lifted off from the moon with a cargo of lunar samples on the first stage of its return to Earth.

Chang’e 5 is the latest in a series of increasingly ambitious missions for Beijing’s space programme, which also has a spacecraft en route to Mars carrying a robot rover.

The spacecraft touched down on the moon on Tuesday on a mission to bring lunar rocks back to Earth for the first time since a Russian spacecraft did so in 1976.

Its ascender module lifted off from the lunar surface shortly after 11pm (Beijing time) Thursday and was to connect with the return vehicle to make the trip back to Earth.

The lunar samples are expected to be made available to scientists from other nations, although it is unclear how much access NASA will have due to US government restrictions on co-operation with China’s military-linked programme.

From the rocks and debris, scientists hope to learn more about the moon, including its precise age, as well as increased knowledge about other bodies in our solar system. Collecting samples, including from asteroids, is an increasing focus of many space programmes.

“Congratulations to China on the successful landing of Chang’e 5. This is no easy task,” NASA’s science mission chief, Thomas Zurbuchen, wrote on Twitter.

“When the samples collected on the Moon are returned to Earth, we hope everyone will benefit from being able to study this precious cargo that could advance the international science community.”

US astronauts brought back 382 kilograms of lunar samples from 1969 to 1972, some of which is still being analysed and experimented on.

The Chang’e 5 flight is China’s third successful lunar landing. Its predecessor, Chang’e 4, was the first probe to land on the moon’s little-explored far side.

Chinese space programme officials have said they envision future crewed missions along with robotic ones, including possibly a permanent research base. No timeline or other details have been announced.

The latest flight includes collaboration with the European Space Agency, which is helping to monitor the mission from Earth.

China’s space programme has proceeded more cautiously than the US-Soviet space race of the 1960s, which was marked by fatalities and launch failures.

In 2003, China became the third country to send an astronaut into orbit on its own after the Soviet Union and the United States. It launched a temporary crewed space station in 2011 and a second in 2016.

China, along with neighbours Japan and India, also has joined the growing race to explore Mars. The Tianwen 1 probe launched in July is on its way to the red planet carrying a lander and a rover to search for water.