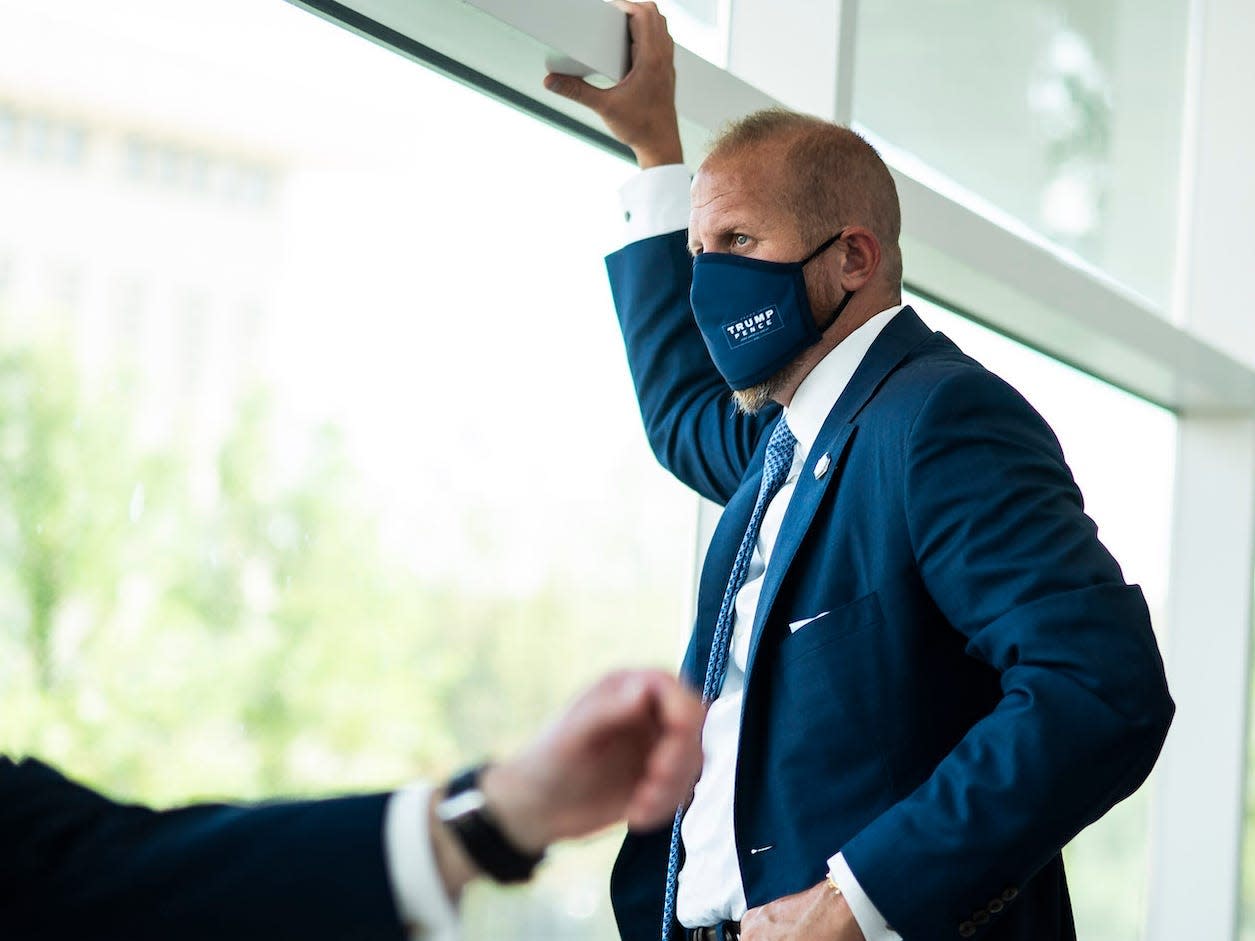 Former Trump campaign manager Brad Parscale said in a wide-ranging interview on Fox News on Tuesday that he “paid the price” for telling the president the truth.

“I didn’t like lying to him. I like telling him the truth,” Parscale said when asked by host Martha MacCallum about President Donald Trump reportedly yelling at him over the phone after learning of poor poll numbers.

Parscale was demoted from his post at the helm of the campaign in July, when he was replaced by Bill Stepien.

He subsequently experienced a serious mental health episode, with his wife calling the police to their home after she said Parscale loaded a firearm and threatened to harm himself.

Despite all of that and his highly public demotion, Parscale told MacCallum the president never reached out to him, and they have not spoken since.

“And it’s pretty hurtful,” Parscale said. “But it’s probably just as much my fault as his. I love that family. And I gave every inch of my life to him, every inch.”

Parscale also offered insight into how Trump responds to tough news and how others in the campaign — whom he described as “D-level people” — capitalized on the president’s desire for staff to paint a rosy picture.

The former campaign manager said both he and Jared Kushner were relegated from their perches atop the campaign when Trump’s polling numbers dipped. Parscale said their willingness to be frank with Trump may have contributed to that.

“Sometimes, that came with a lot of — a lot of painful days, after knowing that I might have let him down or made him upset,” Parscale said. “But a lot of those D-level people that hung around him, they just told him what he wanted to hear.”

Parscale, who has been less than truthful regarding his work in the past, framed Kushner and himself as unsung heroes in the story of the campaign’s demise.

“I was going to be a get-it-done man,” he said. “And I did it for [Trump]. I did it for the family. I did it for this country, because I feel like somebody needed to be the one telling him the truth. And I think Jared did too.”

“I think we both paid the price for that sometimes,” he added.