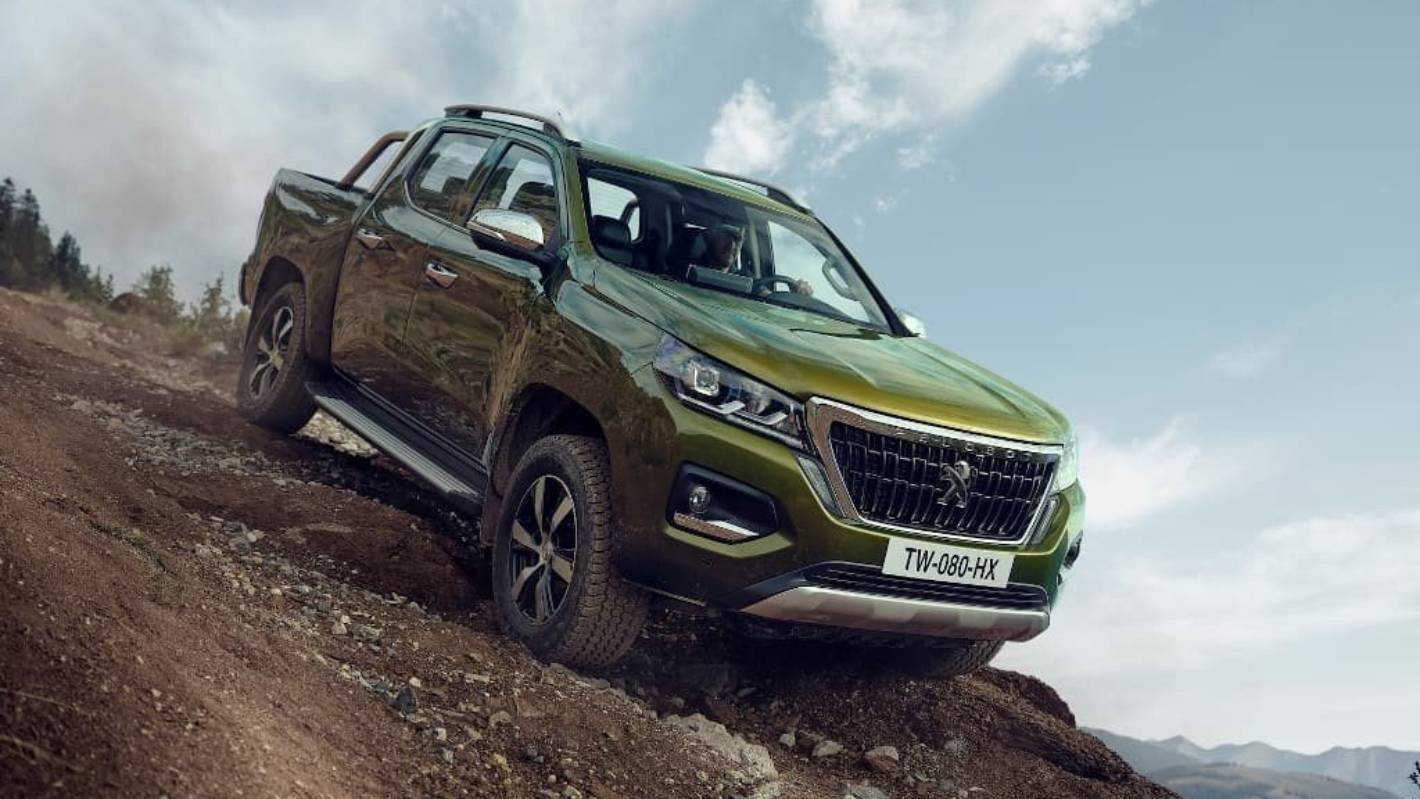 Peugeot has revealed a new ute to challenge the likes of the Toyota Hilux and Mazda BT-50 but it isn’t going to make it to New Zealand.

Called the Landtrek, the ute was created specifically for the Latin America, South America and sub-Saharan African markets.

It’s based on the Kaicene F70 ute that went on sale in China in 2019, which shares its ladder-frame chassis, engines and most of its body with the Landtrek. That means powertrain options will span either a 110kW/350Nm 1.9-litre turbo-diesel or a more powerful 210kW/320Nm 2.4-litre turbo-petrol. Both engines get a six-speed manual while the petrol has been linked with a six-speed automatic.

Entry-level models will be rear-wheel drive while more expensive versions get all-wheel drive and a high-low ratio gearbox.

Design-wise, Peugeot has applied a more rugged version of its standard face to the Landtrek (though without the trademark ‘tiger slash’ DRLs) with a big grille wrapped in chrome, chunky headlights, a baseplate under its chin and C-shaped LED taillights.

Inside, the Landtrek can be specced with up to six seats (three in the front, three in the back), 10-inch infotainment system, USB sockets, dual-zone climate control and driver assist tech like lane departure warning, trailer swing control, hill descent control and a 360-degree camera.

There’s also Peugeot’s own steering wheel and a dash that looks to be a blend of both digital and analogue.

More details aren’t clear but Peugeot is evidently confident in its new machine. The Landtrek will take a 50-day, 26,000km road trip across the South American continent. Some of that will be on roads while other parts will be as the crow flies.

“For Australia, it’s a question of price and regulation. At the moment my aim is to cover Middle East, South and Latin America for Peugeot to come to where Peugeot was some decades ago,” he said.

“At the moment, the pricing and specification requirements of these regions do not match the Australian requirements.”

But even if they did, it seems the local distributor in New Zealand isn’t interested, with a spokesman for Auto Distributors New Zealand telling Stuff “The local Peugeot line up includes the most efficient PSA engines which fulfil strict Euro 6.2 and 6.3 norms.”

“We are aiming to decrease CO2 emission in our fleet, and we will soon launch our first petrol PHEV with CO2 emissions of 29g/100 km as well as full EV models. The high CO2 emission Landtrek does not fit our local strategy.”