Brexit: How does the new UK points-based immigration system work? 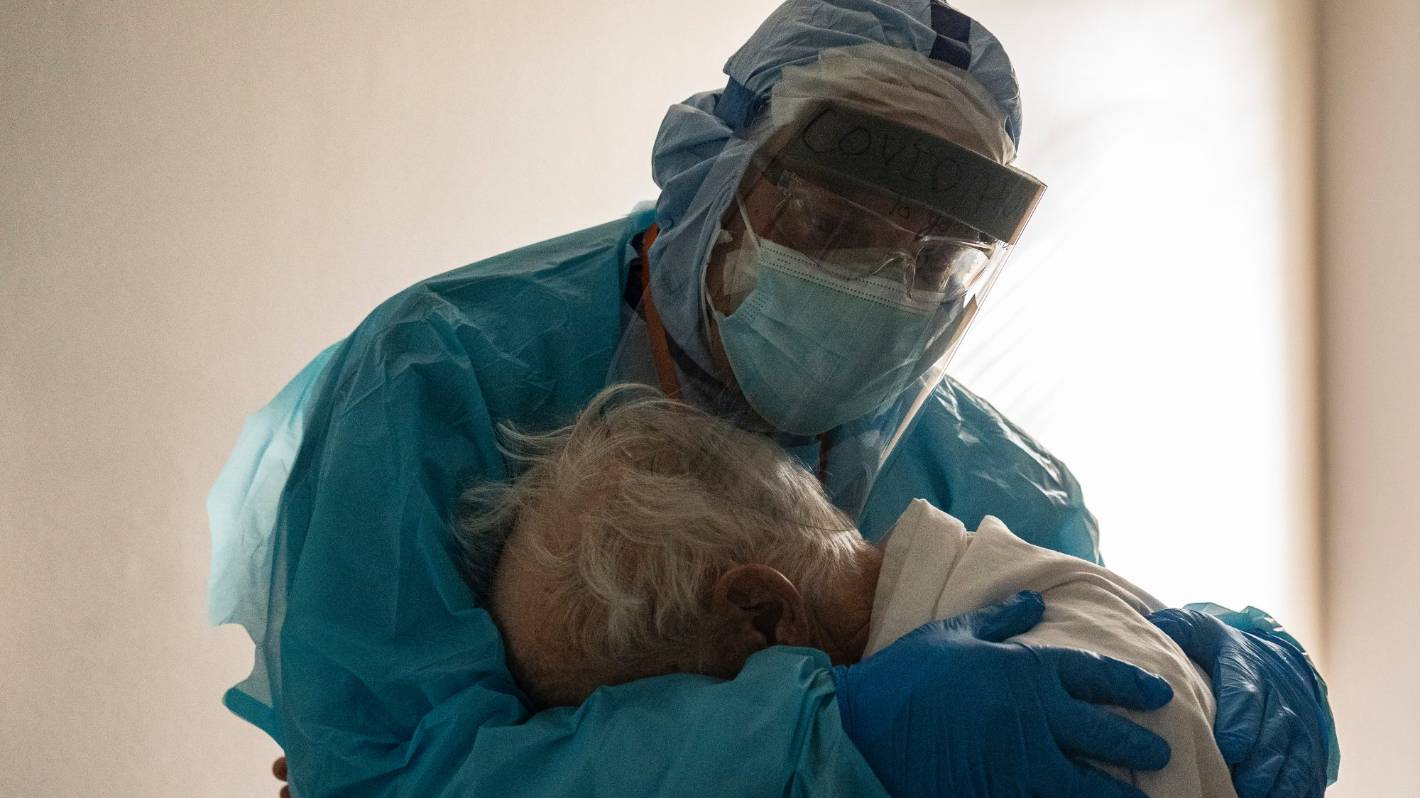 Dr Joseph Varon hugs and comforts a patient in the Covid-19 intensive care unit during Thanksgiving at the United Memorial Medical Centre on November 26 in Houston, Texas.

A photo of a US doctor hugging an upset elderly Covid-19 patient on Thanksgiving Day in the US has touched hearts around the world.

Varon, who is the chief of staff at the centre, found the man out of his hospital bed, upset and looking for help, US media reported.

The image was snapped by Go Nakamura​, a photographer for Getty Images, who was at the centre’s intensive care unit documenting the pandemic at Thanksgiving.

Varon was wearing full personal protective equipment (PPE), including a face shield and gloves, when he comforted the patient who is currently battling a Covid-19 infection.

Speaking to CNN, Varon said he often goes into the rooms of his patients, sits on their beds and has a chat with them because they get lonely and “because they truly need somebody”.

The touching photo has been shared by media outlets around the world, and has thrust Varon’s moment of kindness into the spotlight.

The patient from the photograph is believed to be recovering and is expected to be discharged this week.

Speaking to Good Morning America on Monday (US time), the doctor said the coronavirus pandemic has hit medical staff hard, with doctors like him working around-the-clock to care for patients.

“My days can be 16 hours … and then when I get home, I get a million phone calls in the middle of the night,” he told the television show.

“When I leave my home, I tell my wife, ‘[I’ll] see you,’ but I don’t know when or what time. Sometimes I don’t come back home the same day.”

While speaking to US media on Monday (US time), it was Varon’s 256th consecutive day of work, multiple US media outlets reported.

“I don’t know why I haven’t broken down,” the doctor told CNN. “My nurses cry in the middle of the day.”

Nakamura, the photographer who took the image, told The Washington Post that he had visited the medical centre more than 20 times and witnessed many acts of generosity by Varon and other staff members.

He said he was glad the photo had received so much attention because now people were talking about what is really happening inside of US hospitals.

The US is currently battling further waves of Covid-19 infections, with Texas among the many states grappling with surging numbers and hospitalisations. Nearly 9000 infected people are currently in hospitals throughout the state, the Dallas News reported.

Throughout the course of the pandemic, the US has reported 13.53 million cases, and 268,000 deaths, data from Johns Hopkins University shows.

Of those, the state of Texas has reported nearly 21,900 deaths, with 962,600 people recovering from the virus.

Varon told ABC13 that he’s concerned they’re going to see an influx of patients all at the same time in the coming weeks.