Just a small-town boy: Taranaki Hard shines a light on being young in regional Aotearoa 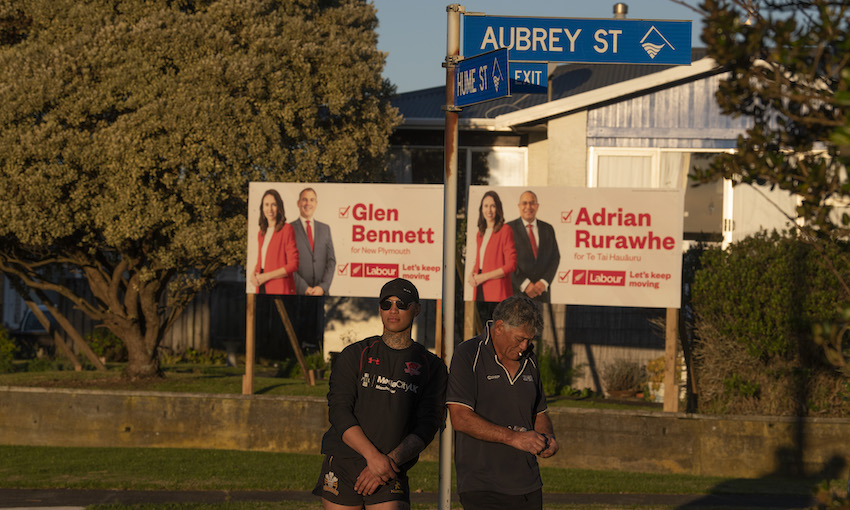 As a young boy my parents, looking for a new start, moved my family from our little English market town in Shropshire near the Welsh border to the other side of the world. They didn’t take the job offer in Auckland, settling instead in 80s Hamilton. This is the bit where you make a Hamilton joke – Hamilton? Imagine choosing to move there?!

This might come as a surprise to some, but many of us rather like Hamilton. Having lived in Auckland, Wellington and Christchurch, I wouldn’t want to have grown up anywhere else. I’m pretty used to Hamilton slurs – usually I’m cornered at a party, smiling but quietly judging any self-styled drunken raconteur looking for cheap laughs from the crowd, my urbane superior assuming that he (it’s always a he) grew up more naturally cultured elsewhere.

Yet, I adore my unassuming, landlocked Kirikiriroa, hugging the mighty Waikato River and surrounded by endless rolling green pastures. Where else in New Zealand can you find a seven foot statue of a fictional genderfluid alien proudly displayed on the main street?

I’ve always been fascinated by how urban New Zealand views regional cities and towns. We only have to look at a selection of historical media to get a sense of it. Falling broadly into two categories, our metropolitan media curators either portray regional folk as harmless, hokey Country Calendar stereotypes or punch down passing by on road trips – case in point: Gay Old Gore!

Last year, I hatched a plan with one of my oldest and best friends Justin Hawkes, himself from Hawke’s Bay, to pitch a docu-series celebrating regional identity. Comparing our own late 20th century experiences growing up, we wanted to capture what being young in small-town New Zealand in the early 21st century is like. In a media landscape dominated by millennials shrieking at selfish boomers and boomers harrumphing about ungrateful millennials, Taranaki Hard is essentially a documentary series made by the often forgotten Generation X telling stories of the lesser-known, emerging Generation Z. Paige, one of the subjects of Taranaki Hard (Photo: Three)

We chose Waitara, a small Taranaki town with the majestic maunga looming over it. People from Taranaki have an inbuilt regional pride and a readymade slogan in Taranaki Hard! that makes Wellington’s ‘You Can’t Beat Wellington On a Good Day’ sound defensive and even slightly ashamed.

With our producer pal Charlotte Hobson, herself from Taranaki, we followed a diverse group of young people aged from 16 to 26 from the beginning of summer to the end of winter and became like wallpaper in their homes. An intimate observational documentary crew focused on seemingly unremarkable domesticity, allowing their personalities and wit to be the centrepiece of every scene. They trusted us to tell their stories, revealing their dreams, vulnerabilities and opening up about their relationships.

Take Paige, a 16-year-old schoolgirl with an incredible voice who writes beautiful songs, who we filmed as she struggled to sing the song she wrote about her boyfriend, who was sitting in the audience, at a lunchtime performance at Waitara High School.

Or Russiaan, a 22-year-old pole dancer who works at an aluminium factory in Bell Block with his Pops. Someone he was dating leaked his private videos online and Russiaan became the talk of the town. He told me he low key thanks that person because it freed him to not care about how people see him, now that everyone in Waitara has seen him at his most intimate. This inspired him to start an OnlyFans account so he now controls who sees him naked on his terms, and it pays for his new tattoos.

Our cameras were welcomed into his home to meet his beautiful whānau; Nan and Pops, his sister Vada, who also became a part of the Taranaki Hard core cast, and his estranged twin brother, Jarn. 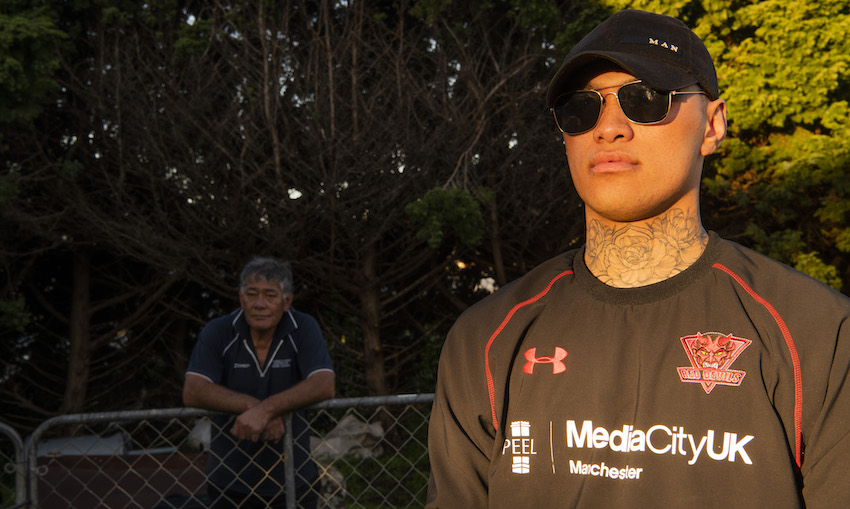 Russiaan and his Pops in Taranaki Hard (Photo: Three)

One of my favourite shoots was following Russiaan and Pops coming home together from work. We captured the gentle, affectionate relationship between a hard-working, old-school rugby league-loving grandad and his gay grandson/co-worker as they installed a stripper’s pole in the backyard. Later that evening, Nan and Pops were casually drinking in the garage talking about how much they loved their grandson while a few metres away, we filmed Russiaan and his boyfriend making out in his bedroom.

It felt like a powerful moment to me. These are young 21st century New Zealanders living progressive lives away from the public eye. I really want viewers living in the cities to rethink those simple stereotypes about small towns as dull, backward places to escape from and take a look at the people we filmed in Waitara.

And not just in Waitara, but all through regional New Zealand there are intelligent, hilarious, witty, cool supermarket workers, mechanics, electricians, factory and kitchen workers, sheep shearers, pig hunters and vegetarian activists.

They don’t need to move to the big smoke in order to lead open, colourful, cultured lives. Well, except for Waitara superstar Leon – he can’t wait to escape to live in the big smoke and become his true self: famous.

You can watch Taranaki Hard on Three at 8.40pm tonight How Kiwibank is supporting customers who want help with problem gambling