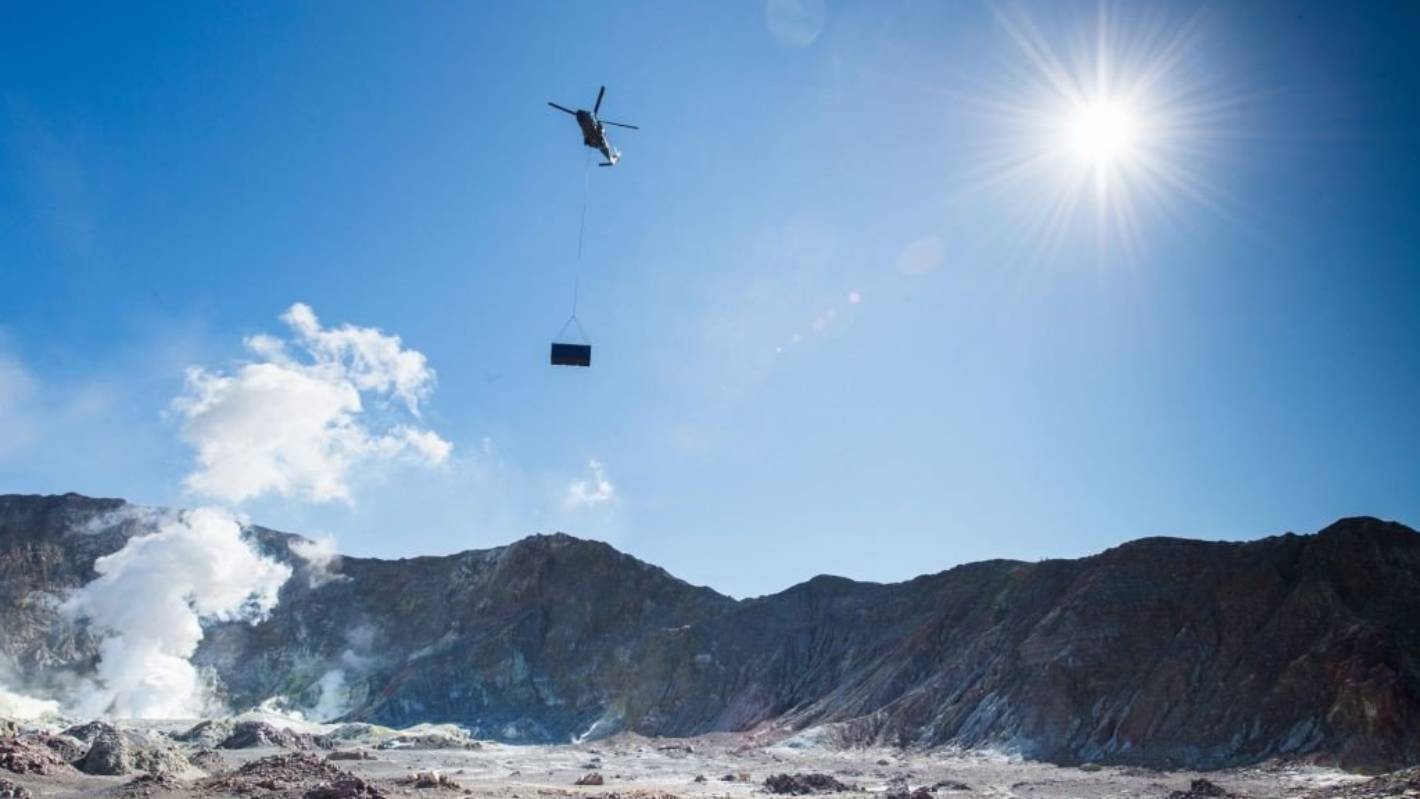 WorkSafe has filed charges against 13 parties over the Whakaari eruption in December 2019 that claimed 22 lives.

WorkSafe chief executive Phil Parkes told a media conference on Monday afternoon that no details of the investigation would be released to avoid compromising the court process, and he would not name any of the parties facing prosecutions over the tragedy.

However, GNS Science, which is responsible for monitoring volcanic activity on the island; the National Emergency Management Agency (Civil Defence); and tour operators Volcanic Air and Ngāti Awa-owned White Island Tours have all confirmed they are facing charges.

Parkes said the investigation did not consider the rescue and recovery of victims after the eruption, no enforcement action had been taken over these matters, and they would be the subject of other proceedings, such as a coronial inquest.

Australian survivors of the Whakaari/White Island Disaster say they felt abandoned after the island erupted.

Forty-seven people were on the island 52 kilometres offshore from Whakātane when the crater exploded on December 9 last year, showering tourists and guides with rocks, clouds of ash and toxic gases.

Many survivors suffered horrific burns and Ngāti Awa-owned tour operator White Island Tours came under scrutiny for continuing to run guided trips, even though GNS Science had raised its volcanic warning to alert level 2 two weeks earlier and banned its staff from going near vents a week before the eruption.

Ten parties have been charged under the Health and Safety at Work Act – nine under section 36 for failing to ensure the health and safety of workers and others, with one facing a charge as a person controlling a business.

Each of these charges carries a maximum penalty of a fine of $1.5 million.

Three individuals are also charged under section 44 of the act which requires directors or individuals with the influence of a company to exercise due diligence that the company meets its health and safety obligations.

The first court date is December 15 in the Auckland District Court.

In a statement on its website, GNS Science said it had not yet been advised of the nature of the charges it was facing, and it would co-operate fully with the authorities while continuing its monitoring role.

“We stand by our people and our science which we will continue to deliver for the benefit of NZ.”

Volcanic Air, which had a tour group on the island at the time it erupted and also helped with rescue and recovery missions, said it was taking time to consider the detail of the charges before commenting further.

Ngāti Awa Holdings chair Paul Quinn said two charges of breaching the Health and Safety at Work Act were laid against the White Island Tours company, rather than employees or directors, and the community would come together to mourn the victims and pay its respects on the first anniversary of the tragedy next week.

Parkes said those who went to the island did so with the reasonable expectation that there were appropriate systems in place to ensure they made it home healthy and safe.

After what was the most extensive and complex investigation ever undertaken by Worksafe, the agency concluded those involved in taking visitors to the island had not met their obligations under the Health and Safety at Work Act.

“It is now up to the judicial system to determine whether they did or not.”

Most of the tourists on the island at the time of the eruption were from the Ovation of the Seas cruise ship which was visiting Tauranga, and the Royal Caribbean cruise line is facing legal action over the eruption which killed and injured passengers.

An American lawyer acting on behalf of Whakaari survivors Matt and Lauren Urey said the Worksafe report was a “giant step in the right direction”.

The Ureys were on their honeymoon when they were caught in the eruption and lawyer Michael Winkleman has filed papers in the United States District Court of Florida suing Royal Caribbean Cruise Limited and excursion company ID Tours New Zealand Limited for damages.

He claimed there had been “clear negligence” in failing to warn passengers about the heightened risk of eruption in the weeks and days leading up to the tragedy.

Four guides employed by White Island Tours were also caught up in the disaster – Hayden Marshall-Inman and Tipene Maangi died, while Jake Millbank and Kelsey Waghorn were severely burnt.

As well as the WorkSafe inquiry, police have been investigating the disaster on behalf of the coroner and they announced last week that the total toll had risen to 22 following the death of 64-year-old Horst Westenfelder.

He died on July 2 in an overseas hospital where he was being treated for injuries received in the eruption.

White Island Tours had passed the safety audits required of operators on WorkSafe’s adventure tourism register and, in 2018, it won the small business category in the Safest Places to Work Awards, which recognised the way it managed the safety of crew and clients on tours to the active volcano.

White Island Tours has not publicly commented in any detail on its decision-making processes but Paul Quinn of Ngāti Awa Holdings previously told media that at level 3 alerts and above they liaised more directly with GNS, and level 2 was still “within our operational guidelines”.

Following the disaster, WorkSafe confirmed its investigation would look at the registration status of all those taking tours to Whakaari, which included a number of helicopter operators.

WorkSafe had repeatedly told Volcanic Air, Kahu NZ and Aerius​ Helicopters they should have been registered under the Adventure Activity Regulations, a call repeated weeks before the December eruption.

However, the helicopter operators claimed they received conflicting advice about whether their White Island ground tours were covered by the adventure activity regulations, and they had spent months waiting for a definitive answer from WorkSafe.