Netflix’s We Are the Champions, TVNZ’s Sister among great new shows to stream 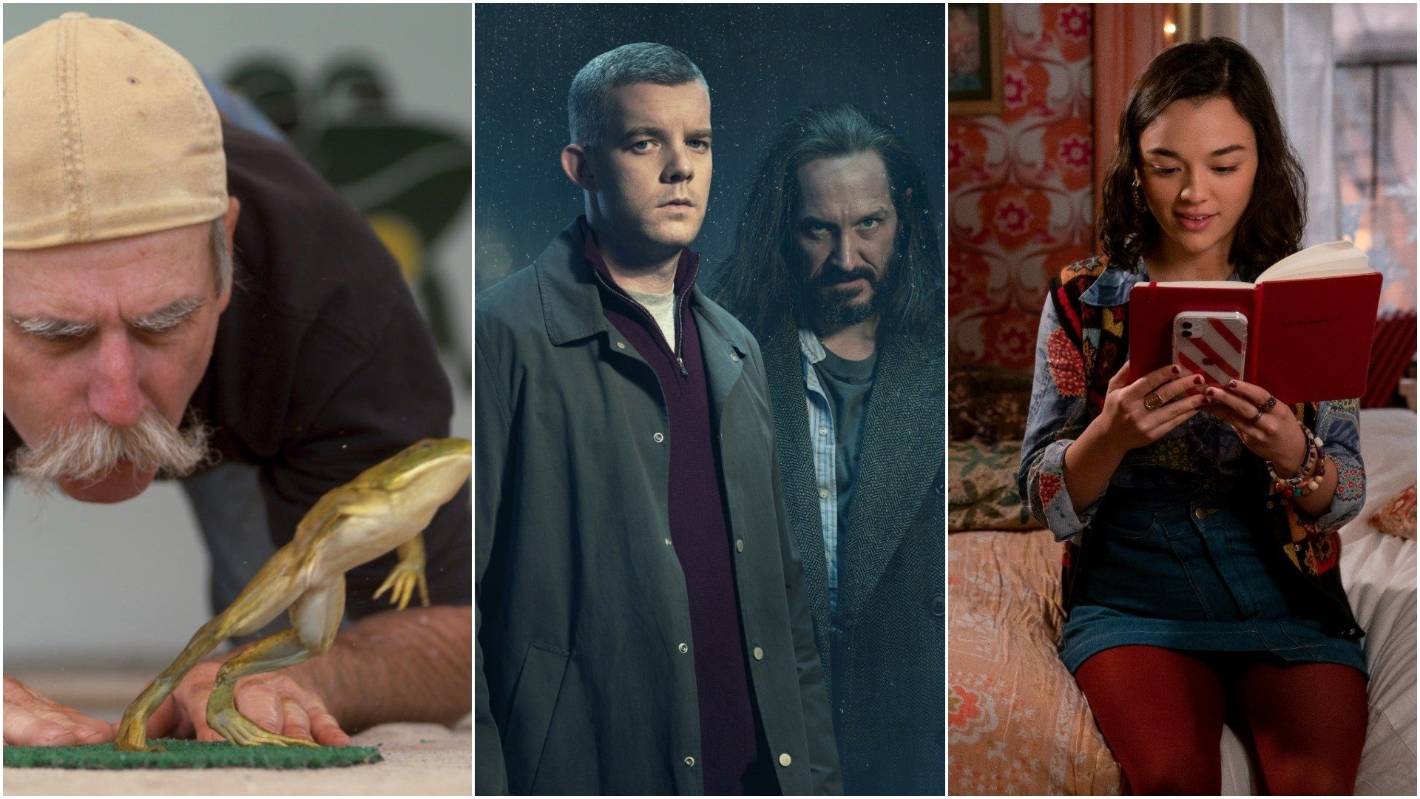 On a musical mission to reacquaint Kiwis with the biggest hits of our musical past, the singer/presenter’s latest series follows the successful, outrageous and frequently hilarious format laid down by her earlier shows Naughty Shorties and Unleashed. That means invading the homes of former New Zealand pop and rock superstars and interrogating them about their past.

Jeff Daniels, Holly Hunter, Jennifer Ehle and Brendan Gleeson star in this two-part mini-series based on A Higher Loyalty: Truth, Lies, and Leadership by former FBI director James Comey. Part one follows the investigation into Hillary Clinton’s emails and their impact on the 2016 election. Part two is an account of first months of the Trump presidency – where allies became enemies, enemies became friends and truth depended on what side you were on.

“A frightening and timely look at recent history and its repercussions. Actors will no doubt be biting into the role of Trump for years to come, but to top Gleeson, they’ll have to do a heck of a lot of chewing,” wrote The Detroit News’ Adam Graham.

Austin Abrams (Chemical Hearts) and Midori Francis (Good Boys) team up for this eight-part teen rom-com based on the popular young adult series Dash & Lily’s Book of Dares by David Levithan and Rachel Cohn. It follows the relationship that builds between the cynical Dash and the optimistic Lily as they trade dares, dreams and desires in a notebook they pass back and forth from a series of locations across New York City.

“Effervescently charming and brimming with real emotion. It is a Christmas rom-com that even the most grumpy of grinches will fall for,” wrote Decider’s Megan O’Keefe.

It promises to reveal more about the mystery of “the child” (aka Baby Yoda), with the first trailer letting slip that he needs to somehow link up with what remains of the Jedi.

Having reminded us of his lighter side in helming Armando Iannucci’s space satire Avenue 5 earlier this year, Hugh Laurie is back in more serious territory with this four-part BBC drama.

He plays Peter Laurence, Britain’s most popular politician, a man seemingly on the rise after winning a libel case against a newspaper who accused him of taking payments for assisting in the privatisation of Britain’s National Health Service.

While feeling a little like House of Cards-lite, Roadkill’s Machiavellian political machinations are sold by Laurie’s charismatic, yet creepy performance.

Wellington-based Luther creator Neil Cross’ latest, four-part ITV thriller focuses on a happily married man whose life is thrown into chaos when an unwelcome face from his past turns up on his doorstep with shocking news. Years and Years’ Russell Tovey, The Pale Horse’s Bertie Carvel and The Good Karma Hospital’s Amrita Acharia star.

“A large part of this success must be laid at Tovey’s feet. His Everyman, suffering as an essentially good person trapped in a worsening hell not of his own making, is absolutely agonising,” wrote The Guardian’s Lucy Mangan.

A Teacher is now streaming on Neon.

Hannah Fidell reimagines her low-budget 2013 movie of the same name as a 10-part series.

House of Cards’ Kata Mara plays Claire Wilson, a popular, married Westerbrook High School teacher who gets caught having an affair with one of her male students.

“Stands out because it’s rare to come across such contained, sharp storytelling on TV in the Peak Content era,” wrote Vanity Fair’s Sonia Saraiya.

WE ARE THE CHAMPIONS (NETFLIX)

Cheese rolling, chilli eating, fantasy hairstyling, yo-yoing, dog dancing and frog jumping are just some of the weird and wonderful events featured in this new documentary series. Aimed at celebrating them and the communities of competitors and supporters that have grown up around them, the six-part series is narrated by former The Office US star Rainn Wilson.

“Even if you have seen them before, the show treats these events with such reverence that you’ll become a fan,” wrote Decider’s Joel Keller.