Farewell to Jan Morris, the writer who shaped how the outside world sees us

Is This the Gayest Yuletide Yet? Transgender pioneer, the last surviving member of Hillary’s Everest team, and one of the world’s greatest travel writers – Jan Morris, who died this week aged 94, was one of a kind.

Just as international travel has become a vicarious pursuit, one of the great travel writers has passed away. Jan Morris wrote about the places we hadn’t been to or couldn’t go to, and for much of the outside world, New Zealand fits right in there. She believed that the real art was not to write about travel at all – it’s about the experience rather than the event – and in doing so, she shaped much of how the outside world sees us.

Morris’s portrait of New Zealand’s favourite son, Sir Edmund Hillary, helped reinforce a Kiwi identity that prevails to this day. “The first thing Hillary said to his fellow climbers when he returned from the successful ascent of Everest was ‘Well, we’ve knocked the bastard off’,” Morris wrote. “This free and easy approach to great adventures, this swashbuckling rollick through life has made him, by an agreeable and improbable paradox, one of the most famous men alive.” Morris also described Hillary – with whom she would remain friends – as “a man of profoundly civilised decency”.

When Jan Morris died this month, aged 94, she was the last surviving member of Hillary’s Everest team, having broken the news to the world in 1953 that its highest peak had been conquered. At the age of 26, and with no mountaineering experience, James, as she was then known, devised a clever plan involving a hazardous descent in fading light, a coded message and a runner to get the news of the triumph back to London without being scooped.

More than half a century later I found myself emailing Morris seeking permission to reproduce her Wellington musings from the 60s in my 2006 literary guide to New Zealand, adding her perspective to the way other literary luminaries like Twain, Kipling, Conan Doyle and Stevenson have written about us.

There was a friendly ping – I’m welcome to use her piece written “shortly after the end of the Ice Age” in exchange for a copy of my book. Perhaps as Morris tapped out her reply she was recalling the chill of being ‘in the remote South Seas, away beyond Fiji and Samoa, on the way to the ice”. Or not. After visiting every major city in the world and writing more than 40 books, some memories must wane. Jan Morris with the Duke of Edinburgh during a reception to celebrate the 60th anniversary of the ascent of Everest in London in 2013 (Photo: Yui Mok – WPA Pool/Getty Images)

My introduction to Morris came in Oxford, where I was one of a group of international journalists on a fellowship programme. The city inspired one of Morris’s most enduring works, and for a New Zealander abroad her book was the perfect guide to the university’s traditions, ceremonies and idiosyncrasies. And then it transpired that a fellow Fellow, BBC journalist and travel writer Paul Clements, was writing the first major study of Morris.

Clements writes about James becoming Jan in 1972; her gradual transition completed in a surgeon’s clinic in Casablanca.

So did the sex change affect Morris’s writing – and if so, how? It’s an issue that has preoccupied the critics. In 1978 she acknowledged her writing had changed; two decades later she said that all writers change their style as they age and that readers should decide. “Clearly,” writes Clements, “as her horizons evolved into those of a woman, her thinking was affected and this was obviously transferred into her writing. More epithets were added to many of her descriptive passages and a certain lushness of prose and perhaps even artificiality of style, which had not previously been evident, crept in.” But Clements suggests a radically changing English language may have also been a factor.

Morris wrote a trilogy of books about the rise and fall of the British empire, and the mother country’s relationship with its colonies was a recurring theme in her work. In 60s New Zealand Morris felt tension in the air: New Zealanders distrusted Britain for strengthening its ties with Europe, while Englishmen living here felt we were being obstructive. “It is one of the sad ironies of the British predicament that this most convincing and reliable of our comrades should also be the most vulnerable: and no susceptible Englishman can visit New Zealand today – however unmoved he may wander through Australia – without some qualms of conscience or convictions as our painful progress into Europe seems to alienate us, cause by clause, from this pleasant alter ego in the South.”

As the days of empire faded into memory, we liked to remind the British of Gallipoli, Rutherford, Mansfield, Freyberg and of course, the ascent of Everest.

Paul Clements has a story of how in January 1954 some of the key members of the Everest party including fellow Kiwi mountaineer George Lowe – along with Morris as fixer and general spokesman – went on a whistle-stop celebrity tour of American cities. The trip was gruelling and tense, and Morris became the peacemaker. The Himalayan Committee feared all the attention on Hillary and Lowe would lead American audiences to see Everest as an Antipodean triumph. But as Morris dryly noted, most Americans “had never heard of New Zealand and took it to be one of the most obscure border counties of England”.’

Morris came back in 2008 to attend Hillary’s funeral and saw three New Zealands because “beyond the exuberant now multi-ethnic intercultural New Zealand, and the old New Zealand of healthy middle-class loyalties, there is inevitably a rugged deposit of the pioneers.” She felt the funeral had failed to capture the spirit that Hillary encapsulated and in the reverential silence had to suppress a mad impulse to stand up and burst into ‘For He’s a Jolly Good Fellow’.

And now Morris has gone too. Her passing has triggered a global outpouring of mourning and expressions of love. A special Twitter feed carries tributes to the person, the writer, the transgender pioneer. Grief can now be shared with a speed and a reach in an information age that was unimaginable as Hillary ascended the world’s highest peak and a young reporter scrambled to get the news back to London. 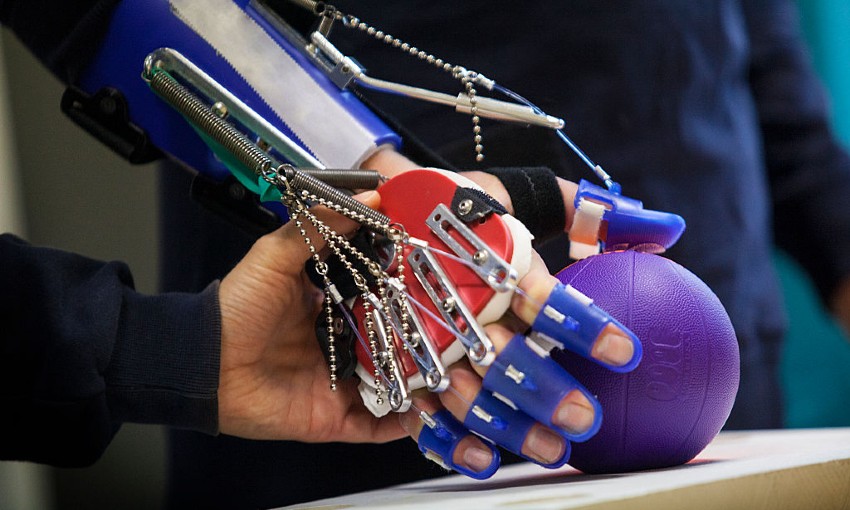