How To Build A Treehouse! 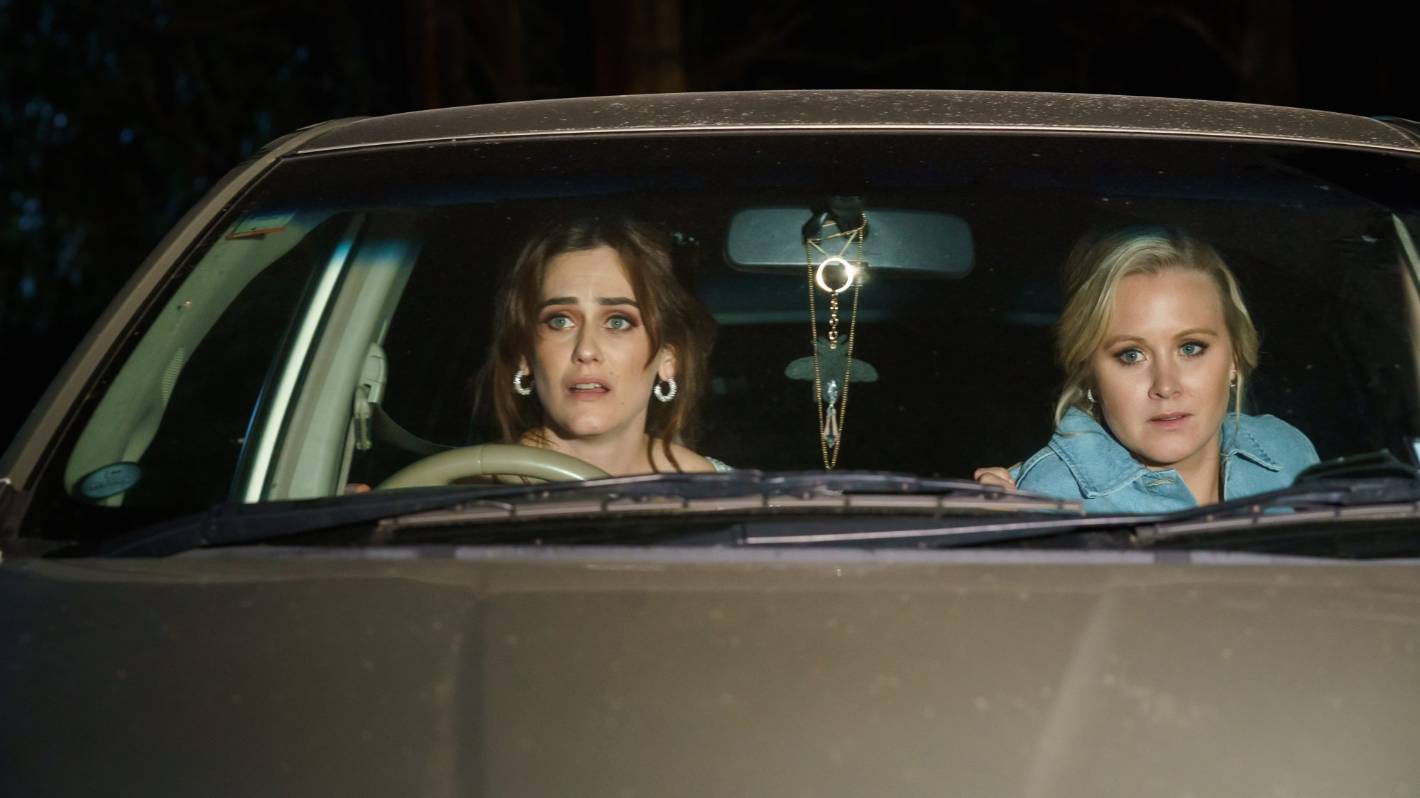 An horrific moment changes the newlyweds’ lives in a heartbeat

Martin and co-star Jess Sayer​ both had to sit in the car while a second vehicle – driven by the show’s stunt co-ordinator Craig Dunn – came hurtling towards them.

“At the last, the last second he veers off to the left and all trust in Craig – he’s brilliant and I’ve worked with him for many, many years – but there’s nothing that prepares you for that kind of that kind of set up. It was terrifying,” she says.

To make it worse, the scene had to be filmed twice.

“The second was a close call. Nothing dangerous obviously as he’s a professional stuntman and we were never in any danger but, my gosh, it felt that close.”

The accident happens only hours after the characters played by the pair – nurses Nicole Miller and Maeve​ Mullins​ – tie the knot in Shortland Street’s first on-screen gay wedding.

The newlyweds stop on a quiet country road for a bit of post-nuptial bliss and, just as they prepare to head for the reception, a car comes hurtling out of nowhere.

The impact sees Nicole thrown from the car while Maeve is left unconscious and critically injured behind the steering wheel.

Martin had no problem imagining her character’s fear and shock after the crash.

“Last year I was rear-ended pretty seriously coming to work. It was 7.30am, very foggy and (the other driver) just absolutely slammed into me.

“That was awful – the shakiness, the kind of out of body experience you have in that situation,” she says.

“Since then, I look in the rear view mirror constantly. It really is quite traumatising.”

The scene – filmed late into the night in Swanson in Auckland – is a rarity for Shortland Street.

“Due to the pace that this show is shot at we don’t tend to do night shoots more than a handful of times a year so there’s a real kind of camaraderie with cast and crew that comes with shooting at night,” Martin says.

“Someone always brings chocolate and there’s lots of cups of tea but yeah, it was very strange.”

She stresses the producers are very careful to ensure the cast is safe at all times and, while no one was ever in any danger, the emotions were genuine.

“When they shot the scenes where Maeve is unconscious and is just not responding to anything it was terrifying because there is my dear friend lying there with fake blood running down her face,” says Martin, who has previously revealed she and Sayer have become the best of friends over the year they have worked together.

“It looked realistic, it really did. Hair and makeup was absolutely incredible and arts and props.

“It was quite terrifyingly realistic.”

After 11 years in Ferndale, Martin thought she was past being surprised by what the writers could come up with for her character but the crash so soon after the wedding surprised her and she thinks fans – bathing in the warm afterglow of the wedding – would have been horrified by the crash.

“I knew that the plan was to have Nicole find love – to find this quick and fast true love with Maeve – so to upset it so quickly was a bit of a shock,” she says.

“I don’t think anyone would have seen it coming. And I think is absolutely brilliant, that it is sort of the second or third scene of the Monday episode.

“It’s not a cliffhanger so everyone would have been left all warm and fluffy on Friday night. And then wham, bam …”