Spice up your life: Putting Cassia in your kitchen 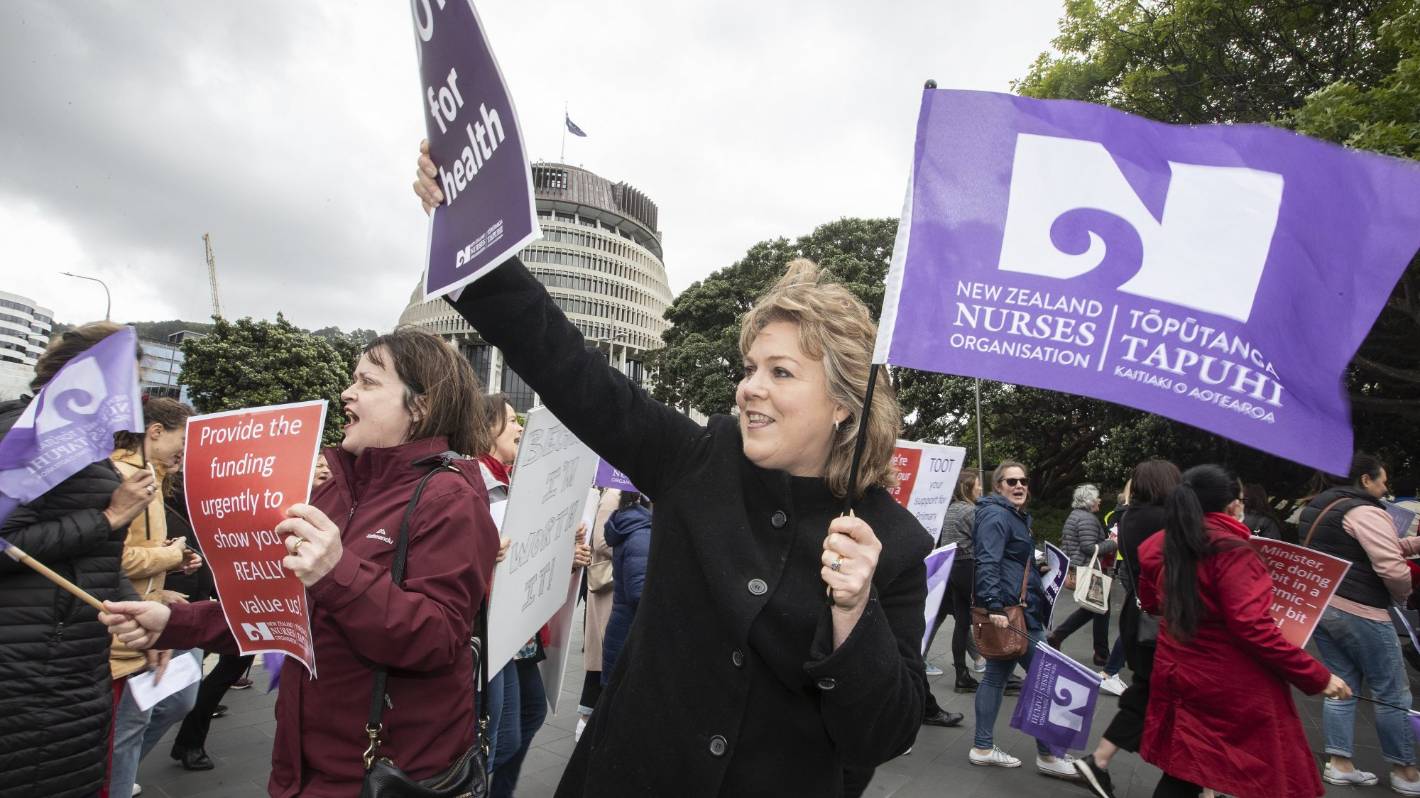 Hutt Valley nurse Karen McMahon never thought it would come to this.

With placard in hand McMahon, who has been a primary care nurse for 35 years, joined up to 32,000 GP nurses and administration staff across 500 practices in a 24-hour strike over equal pay with District Health Board nurses.

She was one of dozens of nurses marching from Midland Park to the Ministry of Health in central Wellington on Monday.

Primary care nurses are paid 10.6 per cent less than those working for district health boards, leaving them $7650 worse off a year – despite having the same skills and training. The New Zealand Nurses Organisation (NZNO) set the funding gap at $15 million.

General Practice nurses treat many diseases including diabetes, smears, vaccinations and chronic conditions. It is a job McMahon finds rewarding.

”It is positive compared to the hospital where it’s only end-of-the-road stuff,” she said.

That, combined with an ageing population where people were sicker, was making the job more difficult, she said.

Members voted to strike for the first time ever on September 3. Monday was the first 24-hour strike, with rallies held around the country.

NZNO industrial advisor Chris Wilson said members felt frustrated and disappointed that the Ministry of Health wouldn’t budge on the issue, despite two years of talks.

Nurses were leaving in “droves” while a recent member survey found 70 per cent of nurses wanted to leave their jobs, she said.

GPs are supportive of their staff having equal pay, but it is still unclear where the funding will come from.

Practices charge patients a co-payment, which is capped by the Government. A practice is also funded by how many patients it has on its roll, not how many times it sees a patient – a system which has pushed practices to breaking point during the coronavirus pandemic.

Wilson called for the Government to stump up the money, but Health Minister Andrew Little said the issue was between the nurses and their employers.

And there was no guarantee extra money given to practices would end up in nurses’ pay packets.

”The DHBs and the Ministry of Health currently have work underway to see what pay parity might look like, and how it could be achieved,” he said.

“It’s not appropriate for me to intervene or make comment on the bargaining process currently underway.”

Island Bay Medical Centre nurse Mili Davie-Martin has worked in both hospitals and primary care and described the pay difference as “stupid”.

But with a further one-day strike planned for November 23, Davie-Martin was not planning on giving up.

“We wil keep striking until we get it,” she said.