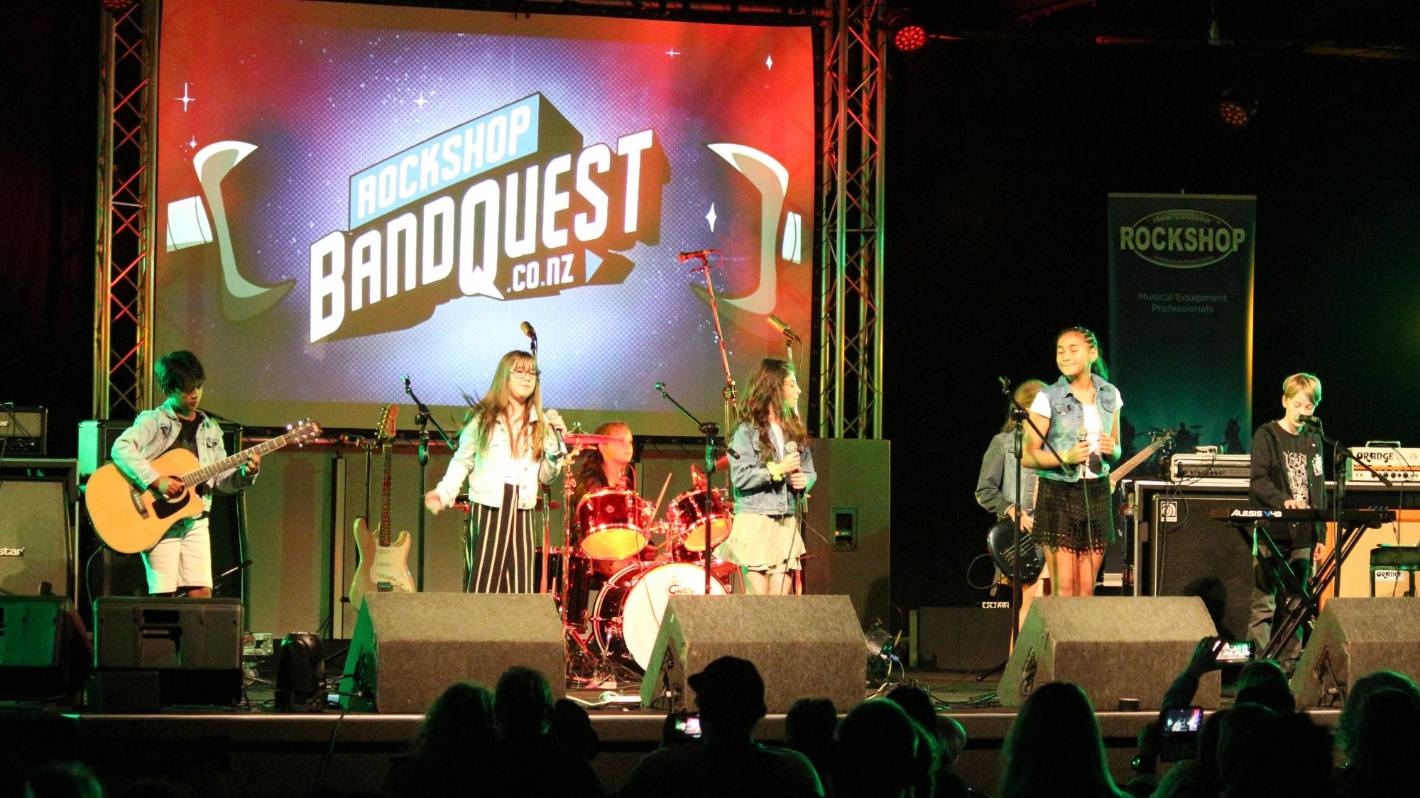 Broadgreen Intermediate band the Remnints took out top spot in the Nelson Rockshop Bandquest on Friday.

The Remnints were one of 10 bands in the Nelson region that took part in the Nelson, and one of 200 bands nationally.

Nelson’s bands performed at the Annesbrook Centre on Friday.

Finalists will take part in the online national final, with national results announced on December 4.

The Rockshop Bandquest is a music competition for primary and intermediate students which has been running for 10 years.

Hamish Jackson of New Zealand Rockshop said in a statement that the benefit of young people participating in the programme went “far beyond performance day”.

“It is awesome looking back at 10 years of Rockshop Bandquest and being able to see the lasting impact this programme has made on the music community,” he said.

“This programme offers a space for young musicians to develop musical and creative ability, along with the teamwork, communication and leadership skills that are needed to perform together as a band on stage.”

The full Nelson results are:

First place winning $400 credit with The Rockshop for their school: The Remnints, Broadgreen Intermediate

Third place winning $100 credit with The Rockshop for their school: Shut Up Tobin, Riwaka School

Rock-solid bassist award: Nikau of Among Us, Ngatimoti School