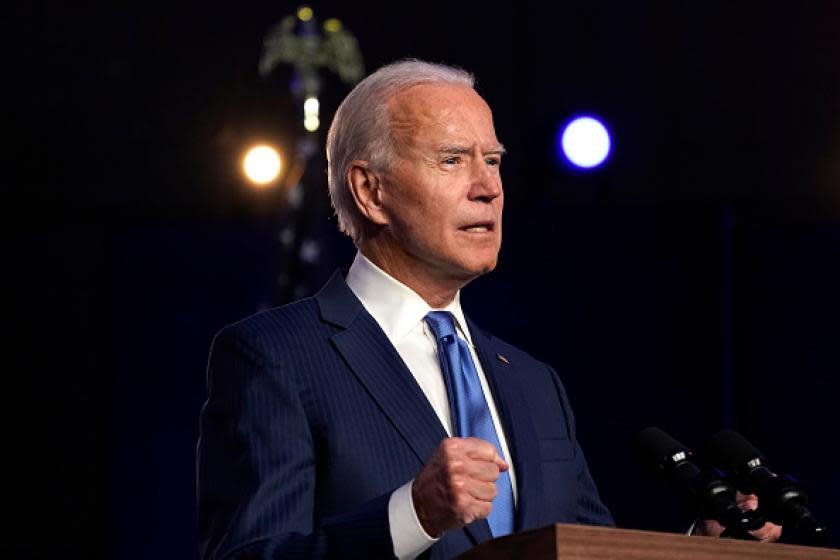 President-elect Joe Biden is prepared to issue a series of executive orders after taking office that would reverse some of President Trump’s most noteworthy policies, including his controversial “Muslim ban,” his crackdown on DREAMers, and his withdrawals from the Paris climate accords and the World Health Organization, people familiar with his plans told The Washington Post.

Biden’s advisers have spent “months quietly working on how best to implement his agenda, with hundreds of transition officials preparing to get to work inside various federal agencies,” the Post writes. “They have assembled a book filled with his campaign commitments to help guide their early decisions.” In another display of how stark a contrast Biden plans to draw with Trump, the president-elect reportedly plans to announce a robust, 12-member coronavirus task force as soon as Monday.

While Biden’s sweeping erasure of his predecessor’s efforts in office would be remarkable, the president-elect will likely have few other options for implementing major policies, since the looming possibility of a Republican-controlled Senate would present an obstacle for his administration to pass substantial legislation. “In the old days, the mandate meant that the other side would be more amenable, or feeling they had an impetus to work,” Sen. Robert P. Casey Jr., Jr. (D-Pa.) explained to the Post. “I’m not sure that applies any longer.” Read the full scoop, and what might be included in Biden’s plans, at The Washington Post here.

More stories from theweek.com
Fox News brings Trump to his knees
The day the world stopped paying attention to Donald Trump
Biden addresses nation for 1st time as president-elect: ‘This is the time to heal in America’