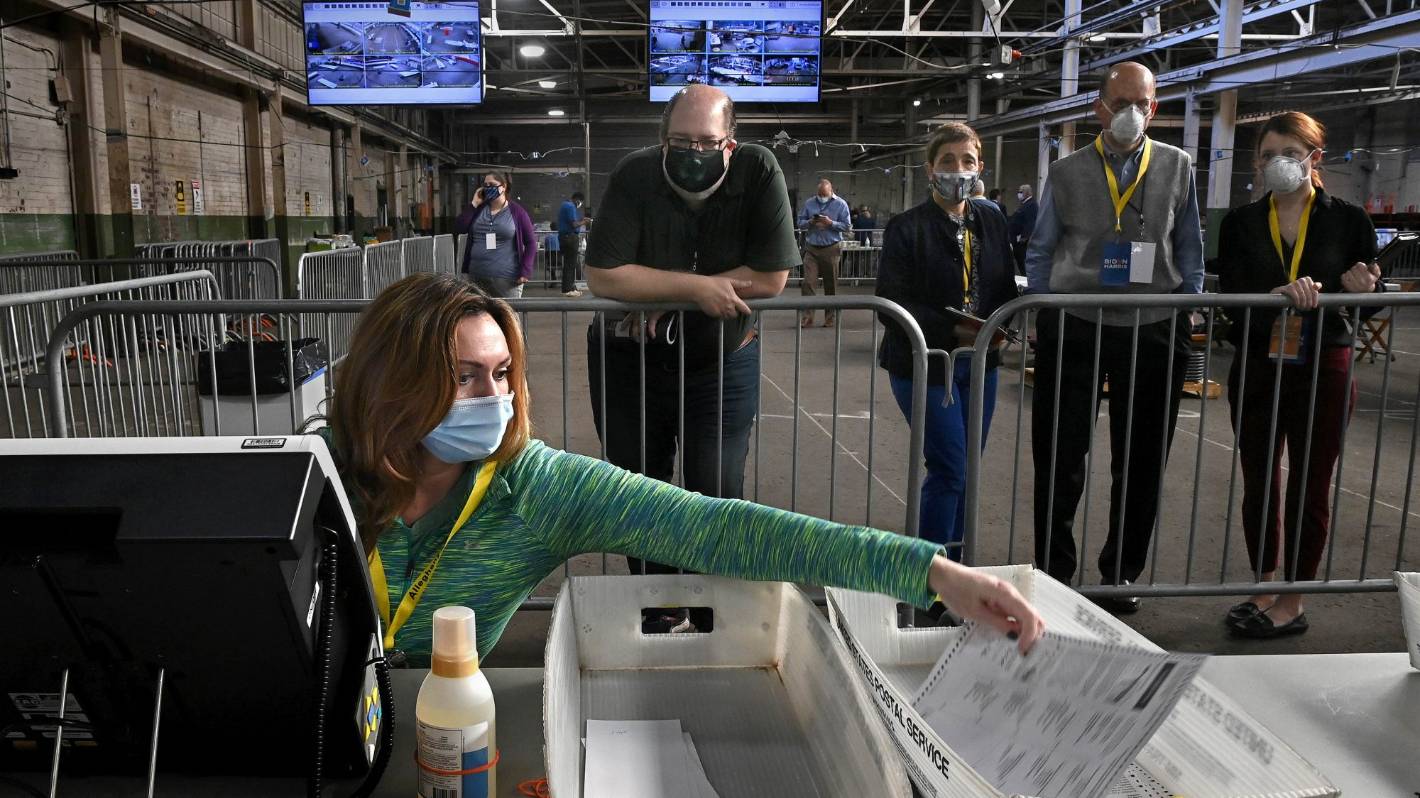 In a move that could signal the US Supreme Court is one step closer to intervening in a fight over Pennsylvania’s grace-period for late-arriving mail ballots, Justice Samuel Alito on Friday ordered all counties to keep separate any ballots that came in after November 3 and instructed state officials to explain by Saturday why the court should not step in.

Many, if not all counties, were already complying with his demands.

The order came in response to a state GOP filing earlier in the day which urged once again that the court overturn a ruling by Pennsylvania’s highest court that allowed counties to count ballots received up until 5pm (local time) Friday – as long as they had been postmarked by Election Day.

The justices had declined an earlier push seeking their intervention, but noted at the time that they might be open to considering the issue down the road.

READ MORE:
* US election: Trump campaign sues the wrong person, but notches up a win
* US election: Donald Trump sues Pennsylvania, Michigan and Georgia over votes
* US Election: With all eyes on Pennsylvania, polling sites across the state have long lines
* Democrats claim voting rule victories in key battleground states ahead of US election

So, Secretary of State Kathy Boockvar had advised counties to segregate – but still count – any mail ballots that came in after November 3 so that if the US Supreme Court were to take up the case they could be easily isolated.

Republicans told the court on Friday that Boockvar had been unable to verify that local election boards had been following that advice.

Alito, in his order, said until Friday, the court did not know there was a question over whether counties were complying with Boockvar’s guidance. But he stopped short of granting the GOP’s request that those ballots not be counted at all until the wider court decided whether to weigh in on the issue. Instead, the order instructed counties to count late-arriving ballots separately – something many, if not all, have already been doing.

Alito’s order gave the Department of State until 2pm Saturday to file a response and said he would refer the matter to the wider court.

It’s unclear just how many ballots statewide might be cast into question should the court intervene in the case.

“There was a lot of noise made by the Trump campaign that they’re taking us to the Supreme Court,” Pennsylvania Attorney General Josh Shapiro told CNN on Friday. “But you’re talking about, maybe, several thousand ballots – not tens of thousands or hundreds of thousands … It is a relatively small number.”