A Plan to Save Appalachia’s Wild Ginseng 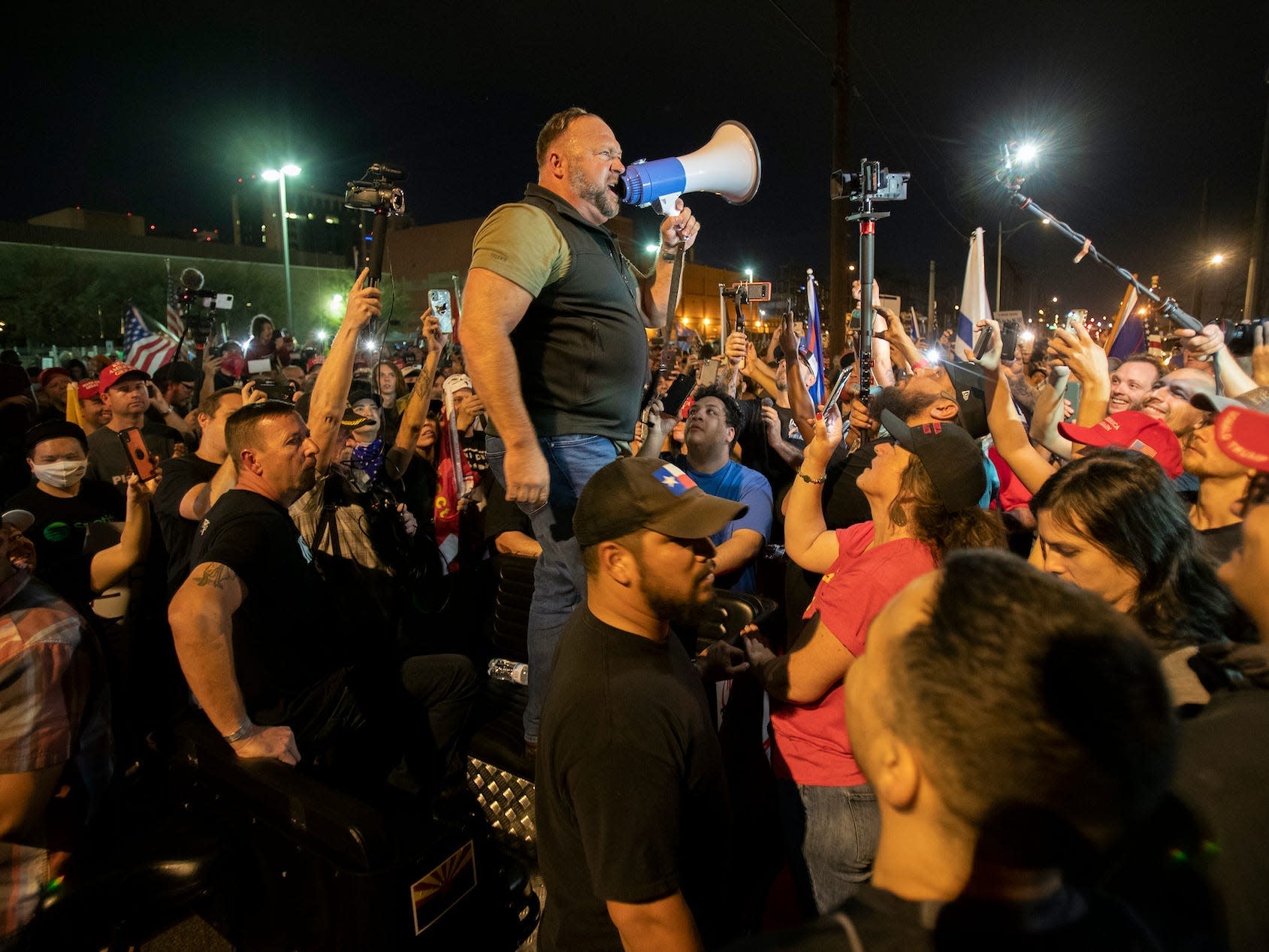 Trump supporters gathering at the Maricopa County Election Center in Arizona screamed over a Telemundo journalist as she attempted to report from the vote count.

Hundreds of Trump supporters have been gathered over several days in the parking lot of the ballot-counting facility, with some demanding entry to oversee the count.

As of early Saturday morning, Biden continues to lead Trump in Arizona, with more than 95% of the votes counted, but the state remains too close to call.

The man, wearing a MAGA hat and carrying a pro-Trump sign, shouted the baseless claim: “Biden raped his daughter!” multiple times into the camera.

A second man, kept away from the reporter by a security guard, screamed “Assault!” repeatedly.

Neither of the men were wearing face masks. Caitlin O’Hara, a photographer at the scene, described the incident as harassment.

Ochoa used similar language, writing on Twitter: “My coworkers from our local affiliate @TelemundoAZ were harassed by the same guy who harassed us while on a live report .. this should not be happening.”

Tensions have been running high at the Arizona election center since Fox and AP called the state for Biden on Tuesday, well ahead of other outlets. Protesters gathered on Wednesday and chanted “Fox News sucks!”. Conspiracy theorist Alex Jones also showed up and spoke to protesters at the election center, per local reports.