Infographic: What are Biden and Trump’s paths forward? | US & Canada

Election 2020: Michael Woodhouse weighing up whether to run for National deputy leader 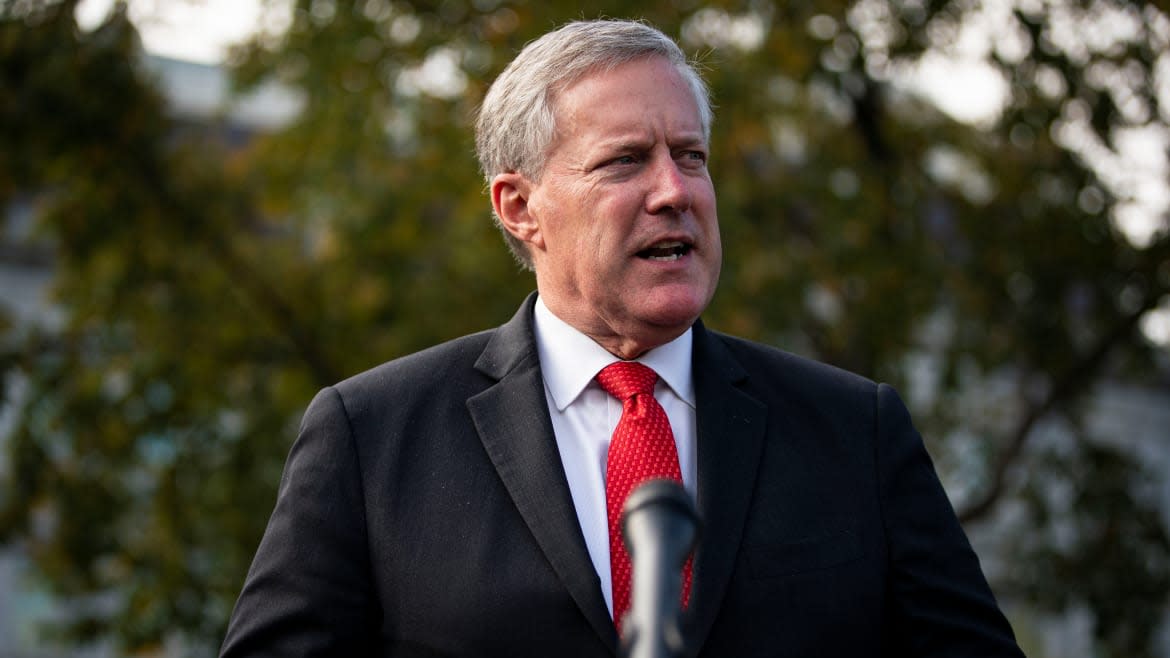 White House Chief of Staff Mark Meadows has contracted COVID-19—weeks after an outbreak infected a slew of Trumpworld figures, including the president, Bloomberg and CNN reported on Friday night.

In addition to the 61-year-old Meadows, a Trump campaign aide, Nick Trainer, reportedly is also sick.

The news comes just two weeks after Meadows shockingly admitted on television that the Trump administration has decided it is “not going to control the pandemic.”

And it broke on a day that the United States set a new record for coronavirus cases, tallying another 122,000 positive tests as hospitalizations soar.

As The Daily Beast has reported, Meadows has aggressively shunned masks and has mocked others for taking precautions in the midst of a pandemic that has killed more than 230,000 Americans.

“You guys, with all your masks… You look very different than you used to,” he snarked at reporters trying to ask him questions as he walked—maskless—indoors with Jared Kushner in June.

White House journalists have identified Meadows as one of the administration officials they feel is endangering the health of those around him.

“They have literally put lives in jeopardy, they have put people’s health in jeopardy—there’s no other way to describe it when you have multiple White House staffers getting sick with COVID and they’re still not taking precautions. I don’t know how else to describe it other than it’s just reckless and shows a lack of regard for other human beings—especially the press.”

Meadows has even questioned the effectiveness of masks, even though scientific studies have proven they slow the spread of the virus.

“If masks is the panacea for everything, if that’s the way that we open back our economy and get everybody back to work, I will gladly wear my mask each and every day if that’s what makes the difference. And it doesn’t,” he said in September.

When COVID-19 broke out in Vice President Mike Pence’s office last month, Meadows reportedly tried to keep it secret. Pressed about that, he tried to justify it by saying that he did not believe “sharing personal information is something we should do.”

His illness comes as the nation waits to find out who the next president will be. News of his positive test broke just moments after former Vice President Joe Biden addressed the nation about the status of vote-counting and spoke movingly about the toll the coronavirus had exacted in the last eight months.

Bloomberg reported that Meadows was with Trump at campaign headquarters on Tuesday and was back on Wednesday. He was not wearing a mask either time.