Decriminalisation isn’t the answer: Where to now for cannabis law reform? 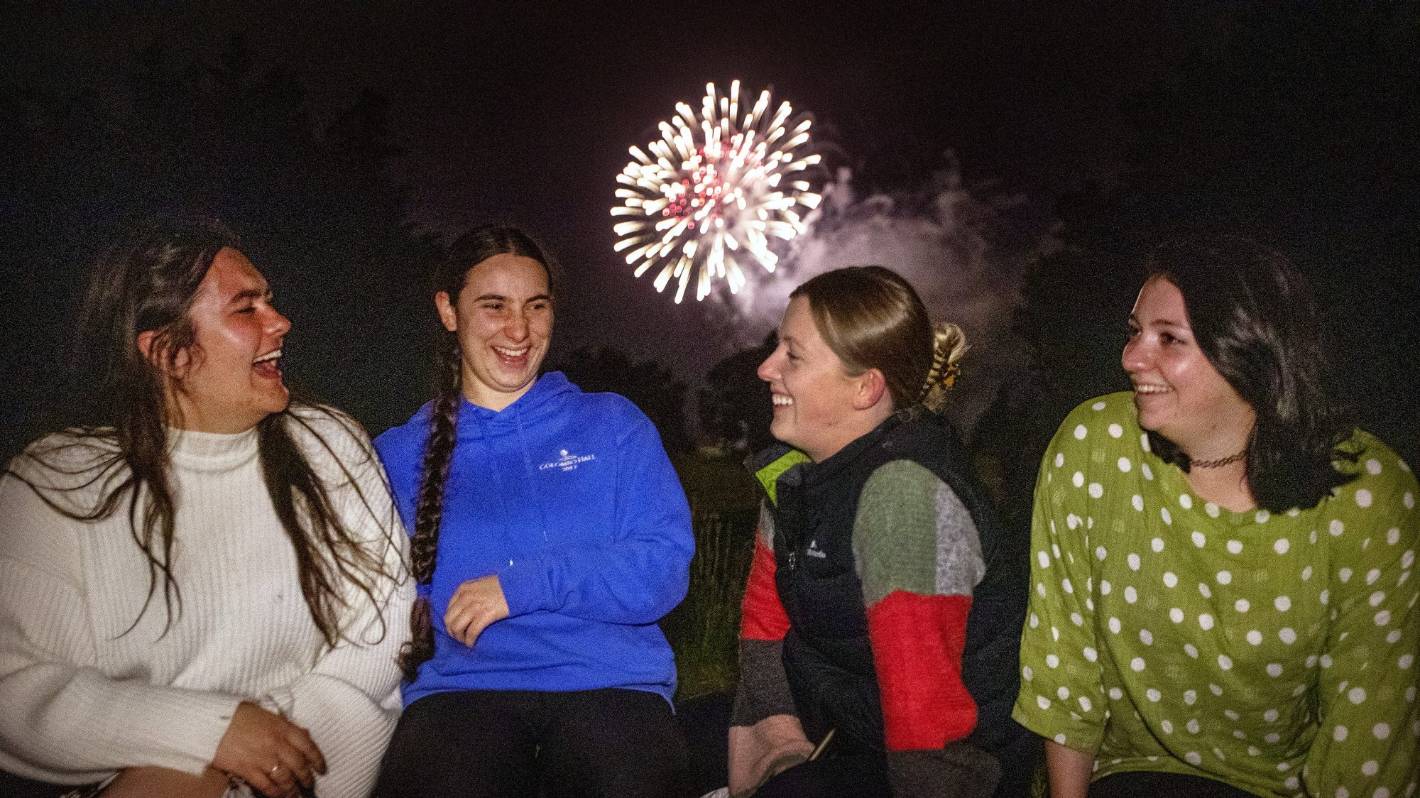 Palmerston North’s annual Guy Fawkes fireworks display went off with a bang, after fizzing out due to poor weather the night before.

Hundreds of people made their way through the suburb of Hokowhitu trying to find a good spot to watch the Kairanga Lions’ Fireworks Over the River on Friday night.

The postponement due to rain on Guy Fawkes night didn’t put people off coming out a day later, as the streets filled up with cars, either parked or circling for a space.

Tori Feekes and her three friends ended up in a quiet spot with a perfect view of the display.

Applause could be heard coming from the thronging darkness over the echoing booms that seemed to come from all directions after each colourful flash.

The really impressive fireworks drew distant approvals, such as “woah” or “far”.

“We really got lucky. We had no idea where we were going,” Feekes said.

She and her friends were walking along the Manawatū River path, trying to find the main event, when the first explosion lit up the night.

“We didn’t want to miss it, so we followed the fireworks back through the trees and jumped a fence to get here.”

Eddie Easton and his niece Hyojin Bae, 17, took his children Mia and Noah Easton and their friend Tawera Hori to see the display.

There were so many cars parked on the streets they had to park about 10 minutes’ walk from Albert St and figure out how to get to the right place from there.

“It’s always busy… One of the biggest traffic jams in Palmerston North each year is after this event,” Easton said.

Like Feekes and her friends, they never found the event’s main site and the crowd that could occasionally be heard in the distance.

Easton said they were pretty happy with the spot they found with another family, on an embankment near the river.

“It worked out well. It was quite nice seeing the fireworks over the trees and the kids loved having this natural slide.”

Noah, 11, thanked Stuff for distracting his dad so they could roll down the embankment a few more times before they had to leave – before sliding back over the edge.

His 7-year-old sister Mia said she lost track of how many times she’d gone over that edge and raced her brother and Tawera, 9, back up.

“I couldn’t count. I was too busy doing our job – rolling down the hill,” Mia said.

“I liked the big ones with the Christmas colours… I want to go back here and do tonight all over again.”