Recounts: What are the rules in key contested states? | US & Canada 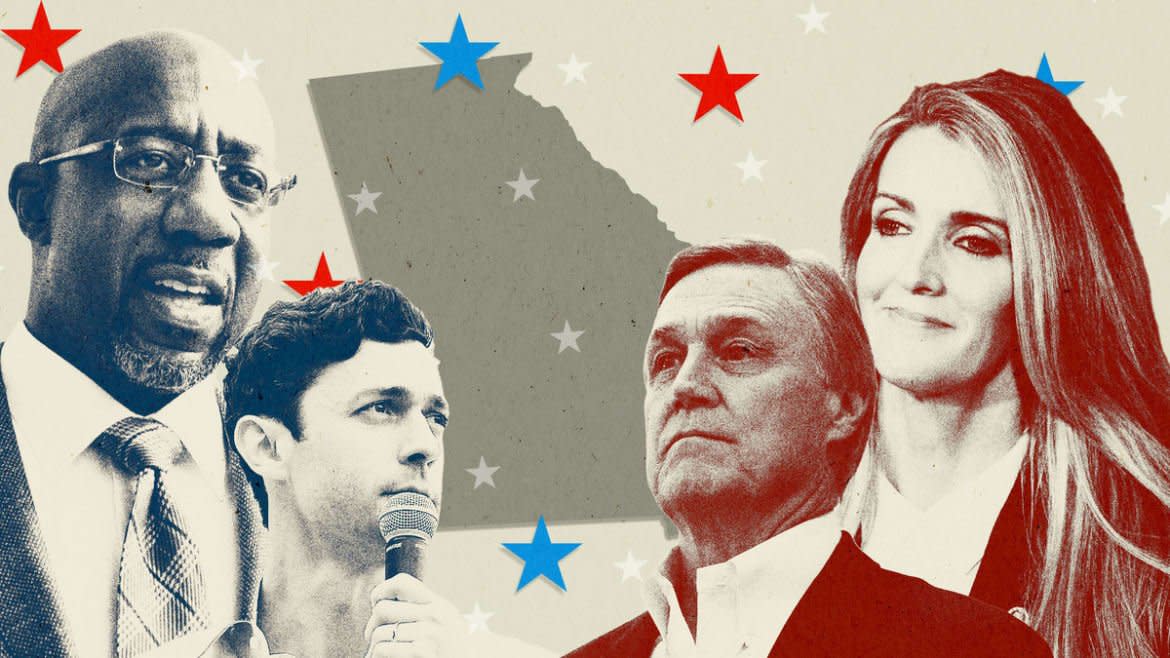 In the perfect coda to this chaotic, unprecedented election year, the battle for control of the U.S. Senate is heading into overtime, and the outcome now rides almost entirely on the voters of one state: Georgia.

With nearly every vote counted in the state as of Friday, elections for Georgia’s two Senate seats will both head to runoff elections, scheduled for Jan. 5.

In one race, Sen. David Perdue (R-GA) leads Democrat Jon Ossoff by less than three points, but the incumbent came under the 50 percent threshold needed to win outright under the state’s rules. In the other, the state’s special election, the top two finishers in a crowded primary—Democrat Raphael Warnock and appointed Sen. Kelly Loeffler (R-GA)—will meet in the runoff, having cleared 32.7 percent and 26 percent of the vote on Nov. 3, respectively.

Currently, each party is projected to hold 48 seats in the Senate. The two other outstanding races, Alaska and North Carolina, were trending toward the GOP as the ballots continue to be counted. If Democrats then win both seats in Georgia’s runoff, the chamber would be tied—but Democrats would control the majority if presidential nominee Joe Biden wins the White House, which gives the party the Senate tiebreaker. If either Ossoff or Warnock loses, however, Republicans would keep control, denying a President Biden unified control of government.

In this election season, Georgia had already been central to the fights for the White House and the Senate. But this outcome ensures that the state will be the center of the political universe for the next two months—and a veritable black hole of campaign cash for donors and special interests hoping to influence control of the Senate.

Political operatives on both sides are bracing for an election that could absolutely shatter records for campaign fundraising and outside spending. “Untold amounts of money,” remarked a Georgia Democrat on Thursday morning as the runoffs took shape.

The state might have already been at saturation level: Ossoff, who raised a total of $33 million for the race as of Oct. 15, had already raised more money in a single quarter than any U.S. Senate candidate ever in Georgia. Warnock, meanwhile, has raised over $21 million. Meanwhile, outside spending from groups on both sides has already topped $150 million.

With Democrats’ hopes to oust Sen. Mitch McConnell (R-KY) as majority leader now on the shoulders of these two, those already-impressive totals could become just a fraction of what Warnock and Ossoff ultimately raise.

Republicans will be energized, too—particularly if Biden wins. With Democratic control of the House, the Senate would be the GOP’s only hope of thwarting a scenario where Democrats have ample room to enact their policy agenda.

In a satirical nod to the deluge—and an attempt to get out in front of it—Warnock released his first ad of the runoff on Thursday morning. “Raphael Warnock eats pizza with a fork and knife,” a menacing-sounding narrator says. “Get ready, Georgia,” says the Democrat. “The negative ads are coming.”