Welcome to The Spinoff’s live updates for November 6, covering all the latest from the US election along with New Zealand news, updated throughout the day. See the latest results on an interactive US map here. Reach me on jihee@thespinoff.co.nz

8am: Biden wins US election

The wait is (finally) over: in the early hours of this morning, it was announced that Joe Biden had won the US election after clinching the state of Pennsylvania. He now has 290 electoral college votes, putting him well over the 270 needed to become president.

The win is also a historic moment for Kamala Harris who will be the first woman, the first African American and the first Asian American to become vice president.

Shortly after Biden commenced his speech, news broke that Trump’s chief of staff Mark Meadows had tested positive for coronavirus. According to reporting from Bloomberg, it remains unclear when Meadows learned that he’d contracted the virus or whether he’d developed any symptoms of Covid-19. Meadows was at a White House election night party and attended a number of rallies. He’s reported to have informed a close circle of advisers after election day.

As the final votes get counted in a handful of states, Joe Biden delivered a speech to supporters in Wilmington, Delaware alongside his vice presidential-nominee Kamala Harris.

“The numbers tell a clear and convincing story – we’re going to win this race and win with a clear majority,” said Biden, who noted he was on track to get more than 300 electoral college votes as he pulls ahead of Trump in Georgia, Nevada, Arizona and Pennsylvania.

“What’s becoming clear each hour is that a record number of Americans … chose change over more of the same.”

Biden made clear during his speech that his top priority as president would be the pandemic, adding that he and Harris had met with experts on the economy and Covid-19.

“On day one, we’re going to put our plan to control this virus into action,” he said. “While we’re waiting for the final results I want people to know we’re not waiting to get the work done.”

Biden ended his speech saying he’d be back to make another speech tomorrow.

The numbers tell us a clear and convincing story: We’re going to win this race.

Other than the worker at the Auckland quarantine facility announced by the Ministry of Health last night, there are no new cases of Covid-19 and just one new historical case to report. The historical case is a recent returnee who arrived in New Zealand on October 5 from London via Singapore.

The Auckland quarantine worker is the second worker at the Jet Park facility to contract the virus after a health worker tested positive in September. The case is the third among staff of MIQ facilities in just five days, with two staff from the Christchurch facility at Sudima Hotel testing positive earlier in the week.

As reported yesterday, the person visited two downtown businesses on Thursday, during their infectious period – Mezze Bar on Durham Lane and Queen St bottle shop Liquor.com. Anyone who visited the Mezze Bar between 11.00am and 1pm on Thursday and Liquor.com between 1pm and 2pm is considered a casual contact and should keep an eye out for symptoms.

Here’s the Ministry of Health with further details:

“Upon receiving the positive result from the worker in the Auckland quarantine facility, our systems quickly responded to ensure the risk of the virus spreading was contained.

This person is now in isolation at the quarantine facility.

We have identified 25 close contacts of the worker, and they have all been contacted, are isolated, and are being tested. To date, six have returned a negative test result and the remaining are pending.

As in other cases, this person quickly got tested after developing symptoms, which has allowed us to act quickly to stop the spread of the virus.

A review of the movements of the case and their contacts is underway – the case has provided a very detailed account of their movements which has informed a rapid contact tracing response.

The two premises visited by the worker during their infectious period closed for a deep clean, and we thank them for their cooperation in ensuring the public are protected from this virus.”

“The genome sequencing results for health care worker Case B from the Sudima Hotel Christchurch Airport has shown a clear link with the international mariners, but their genome is different from Case A.

Both cases had lineages of the virus not previously seen in the community in New Zealand.

The finding supports the current theory that there were two separate events infecting both workers at the facility.

While it’s clear the infection came from the mariners, investigation continues to see if we can find out more about how the possible infection occurred.

All of Case A and Case B’s close contacts have now returned a negative result.”

“The international mariners who have been staying in managed isolation at the Sudima Hotel at Christchurch Airport have now departed the facility to board their ships.

Last night we reported seven mariners as remaining behind in the Sudima. Of those, three are now considered to have recovered and have been cleared for release.

One additional mariner has remained behind after reporting symptoms during their departure health screening. They have been tested and returned a negative result, but will need to be symptom free for 48 hours before being cleared to depart.”

10am: Decision Desk calls presidency for Biden as others hold off

While media outlets like CNN, NBC, Fox News, and the Associated Press (AP) have yet to call the presidency, Decision Desk HQ called the race for Joe Biden overnight after ruling that the democratic candidate had won the state of Pennsylvania.

It’s not uncommon in the US for different networks and agencies to show different results. The AP (whose data we use for our live election map) and Fox News have already called Arizona for Biden putting him at 264, while CNN, NBC and ABC have ruled the state too close to call, putting Biden at 253 votes.

In Arizona, which has 11 electoral college votes, the AP concluded Trump wouldn’t be able to catch up in the ballots left to be counted. Meanwhile in Pennsylvania, which has 20 votes, the internet’s favourite man-in-front-of-map Steve Kornacki explains here why his network MSNBC was yet to call the state.

Decision Desk – a relatively new agency whose data is used by publishers such as Vox – is the first outlet to call the presidency for Biden. It’s widely expected that other major networks will soon follow suit.

Decision Desk HQ projects that @JoeBiden has won Pennsylvania and its 20 electoral college votes for a total of 273.

Joe Biden has been elected the 46th President of the United States of America.

On The Spinoff today: What you need to know about the US Senate

Going into the election, the Republicans held the Senate 53-47. The democrats held high hopes for overturning that majority, but like the projected Biden landslide, it never quite materialised. Here’s deputy editor Catherine McGregor:

The problem with big dreams is that it hurts that much more when they don’t come true. Republicans’ unexpectedly strong showing this week not only dashed Democrats’ hope of a Biden landslide, but also to a Senate no longer under the control of the smirking, cynical Mitch McConnell. Despite record-shattering small-dollar fundraising – much of it from Democrats furious about Coney Barrett’s last-minute appointment to Ruth Bader Ginsburg’s Supreme Court seat – Democrats failed to make the gains the polls had suggested were theirs for the taking.

8.10am: Biden takes the lead in Pennsylvania and Georgia

We’re entering the fourth day of the US election count and Joe Biden has taken narrow leads overnight in Pennsylvania and Georgia, putting him on the cusp of victory. Biden is reportedly planning to deliver a primetime address tonight, US time.

In Pennsylvania, thousands of mail ballots still need to be counted, many from Democratic-leaning counties. In Georgia, a recount will be held as Biden leads by just over 1,500 votes.

Biden’s lead in Nevada also grew overnight to 20,137 votes with counting set to continue over the weekend.

The US election remained on a knife-edge, with Joe Biden’s position improving as early votes continued to be counted. Georgia, Pennsylvania, North Carolina and Nevada remain too close to call.

A worker at the Auckland quarantine facility tested positive for Covid-19. The case is the third among staff of MIQ facilities in just five days.

The final results of the 2020 New Zealand election show no change to the cannabis referendum, but the gap between the yes and no vote closed significantly.

Jacinda Ardern was sworn in as prime minister again in Wellington along with her new cabinet for a second term.

National’s Gerry Brownlee announced he would stand down as deputy leader of National following the party’s historic election defeat. 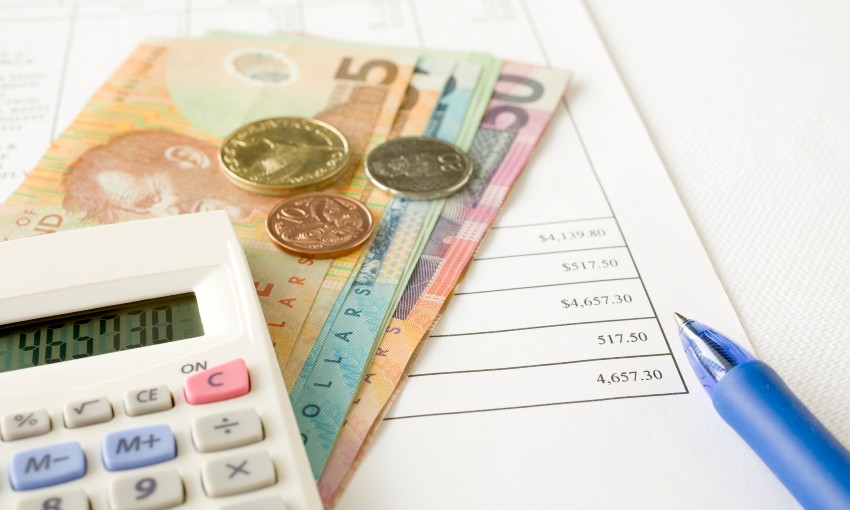