US election result delays: How 2020 compares | US & Canada

Soulless ESPN lays off Claire Smith, the first female baseball writer enshrined in Cooperstown, in latest round of cuts 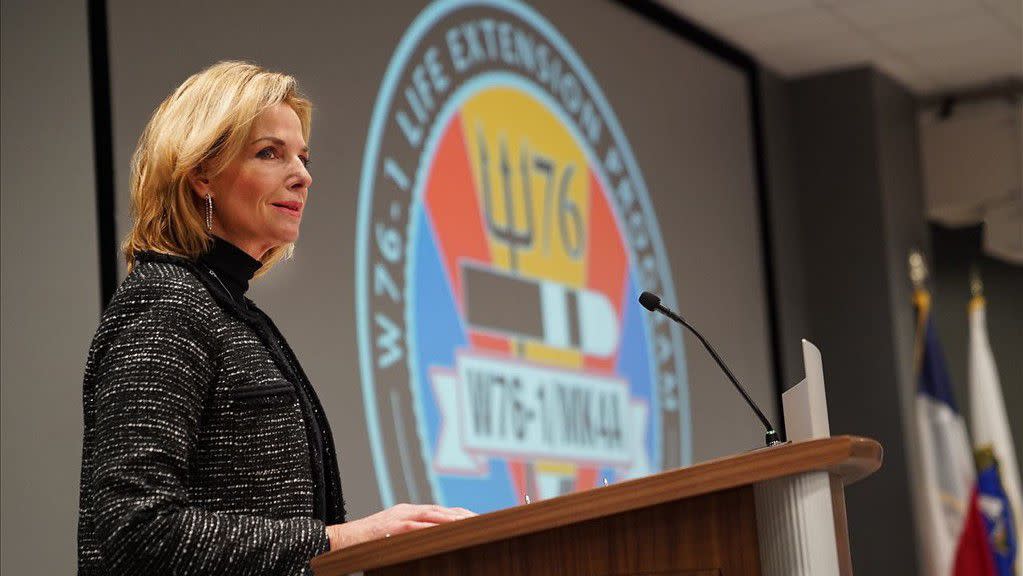 Gordon-Hagerty, who became the first woman to lead the NNSA in February 2018, sent her letter of resignation to the White House Friday, according to a pair of senior NNSA officials, speaking to Defense News on background.

Hours later, the agency confirmed the resignation, announcing that William Bookless, currently principal deputy administrator, would take over as acting head of the agency. And the chair of the Senate Armed Services Committee, Sen. Jim Inhofe, R-Okla, has blasted the Secretary of Energy for what Inhofe described as forcing Gordon-Hagerty out of office.

The NNSA is a semi-autonomous office located within the Department of Energy. While the Defense Department manages the delivery systems of the nuclear force — ships, planes and missiles — NNSA has oversight over the development, maintenance and disposal of nuclear warheads. While the agency falls under the purview of DoE, much of its budget is set by the Nuclear Weapons Council, which is largely controlled by Defense Department officials.

Per the sources, the resignation was driven by almost a year of clashes between Gordon-Hagerty’s office and Secretary of Energy Dan Brouillette. That fight first seeped into public earlier this year, when Brouillette requested less funding for NNSA than was sought by Gordon-Hagerty. Defense officials, backed by supporters from Congress, went to the White House and forced the issue in NNSA’s favor.

Tensions never truly receded and continued to play out in Congress during the fiscal 2021 budget season. Inhofe, the SASC chair, led pro-defense lawmakers in an effort to give the Pentagon more official control over NNSA; House lawmakers created several pieces of legislation that would give the Energy department more control.

The issue seemed to come to a head when the Department of Energy Organization and Management Improvement Act, passed by the House Committee on Energy and Commerce Sept. 9, changed language that made the NNSA a quasi-independent entity, in essence folding the agency more fully under DOE’s control. The move was seen by NNSA officials as an attempt by Brouillette to outright destroy the agency.

In response, Inhofe held a Sept. 17 hearing in which he accused officials from the DoE of performing as “rogue actors” who aim to “undermine” America’s nuclear weapons modernization efforts.

“What bothers me is that people who should be doing all they can to support the critical work of the NNSA are instead trying to undermine it,” Inhofe said. “As chairman of this committee, I won’t stand idly by and allow this to happen. This work is too important.”

“That the Secretary of Energy effectively demanded her resignation during this time of uncertainty demonstrates he doesn’t know what he’s doing in national security matters and shows a complete lack of respect for the semi-autonomous nature of NNSA,” Inhofe said.

A DoE official, speaking on background, denied that there were major personality clashes between Gordon-Hagerty and Brouillette, aside from the natural tensions of budget discussions. The official also denied that Gordon-Hagerty was pushed out of office.

The DoE official also cast the resignation as part of the natural attrition that happens to an administration following its first term. However, both NNSA sources said the decision to resign was not impacted by this week’s presidential elections.

Gordon-Hagerty entered the administration with a mix of private sector and public experience. She served as the director for combating terrorism on the White House National Security Council for more than five years, stretching from the end of the Clinton administration into the Bush administration. She also previously worked at DoE, including as acting director of the Office of Nuclear Weapons Surety and a six-year stint as the director of DoE’s Office of Emergency Response.

Notably, the NNSA administrator has a history of being kept on into the next administration. It is not without precedent that Gordon-Hagerty would have been kept on under a Biden administration, should the former vice president become the commander-in-chief.