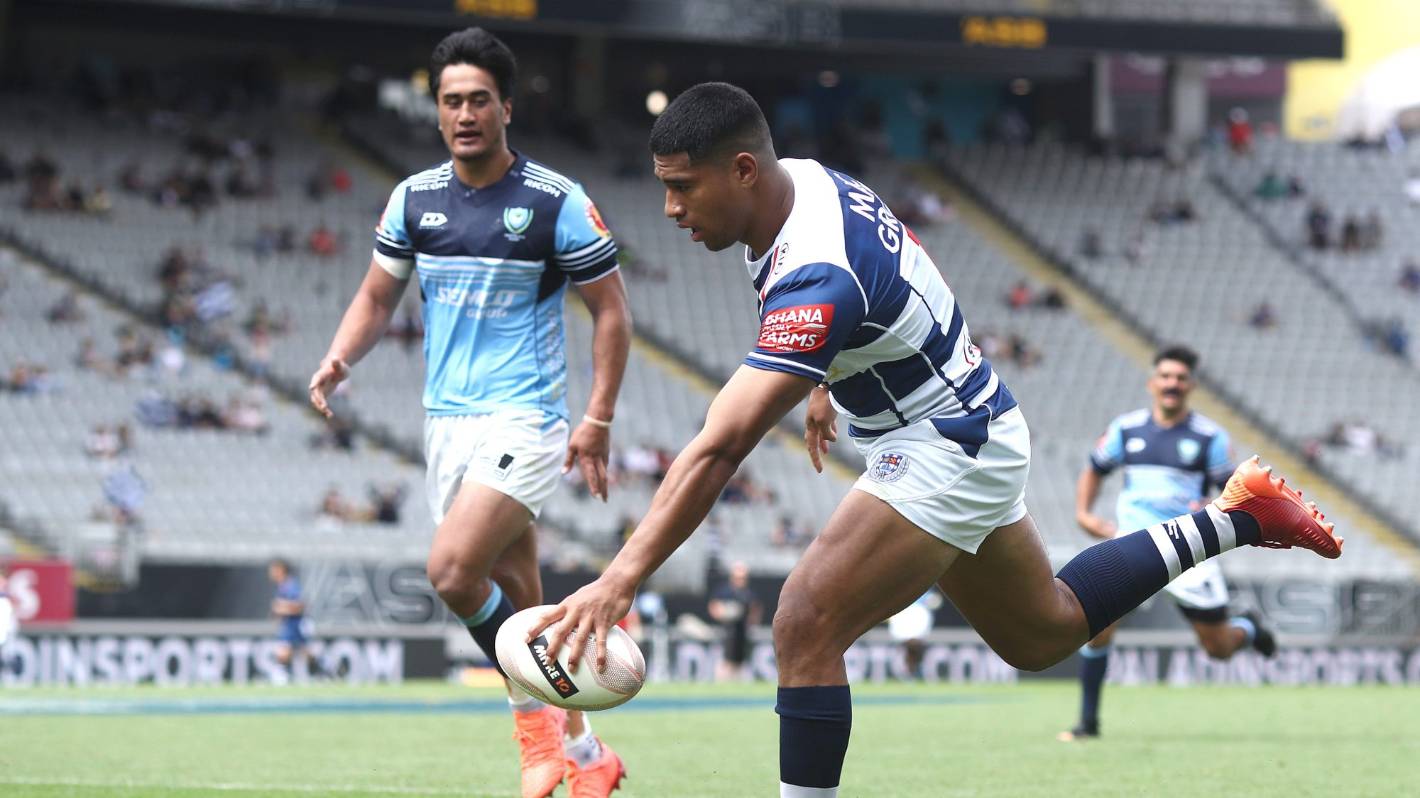 Auckland remain on track for a home semifinal in the Mitre 10 Cup Premiership after a gutsy comeback victory over Northland at Eden Park.

Forced to play the majority of the match with 14 men due to an injury crisis upfront, Auckland looked in real danger of losing to the Taniwha for the first time in 12 years when they trailed 8-0 at halftime.

However, a second half double to in-form winger Salesi Rayasi, including the 76th-minute match-winner, and a late defensive stand saw them escape with a thrilling 24-20 victory.

The result pushed Auckland five points clear of Tasman at the top of the table, with the Mako hosting Canterbury later on Saturday night.

But while coach Alama Ieremia would have been hugely relieved just to get the win, his side’s failure to collect a bonus point could be crucial in the race for first place, with just one round remaining before the semifinals.

Auckland travel to Canterbury next Sunday and though the red and blacks have had a season to forget, they will be in desperation mode as they fight to avoid relegation. Tasman, meanwhile, are away to Otago in their final regular season game.

Auckland’s injury woes began in the seventh-minute on Saturday when they lost Soane Vikena in bizarre circumstances. The hooker clutched at his shoulder after a wayward lineout throw and immediately signalled to the sideline, while No 8 Sione Tuipulotu followed him off shortly after.

Northland then caught a huge break when Auckland’s replacement hooker Leni Apisai hobbled off in the 25th-minute, bringing uncontested scrums into play. And because Auckland were the side that caused the issue, they were forced to play the rest of the match a man down.

Having held a 3-0 lead for most of the first half, Northland finally capitalised on the numbers advantage just before the break as Rene Ranger put winger Jone Macilai over in the left-hand corner.

Northland were their own worst enemy at times as their accuracy with ball in hand left a lot to be desired.

Ten minutes into the second half, an 8-0 lead quickly morphed into a two-point deficit after a massive Zarn Sullivan penalty goal against the wind followed by an intercept try to Rayasi.

It was the perfect defensive read by the winger, but his gamble didn’t pay off a second time around as Northland made the most of the overlap and halfback Sam Nock was on the spot to finish off a brilliant team try.

Auckland found an unlikely hero in the form of Jarred Adams to hit back. The stand-in hooker showed a good turn of pace to break clear and stayed in support to finish what he started.

The topsy-turvy clash continued as Northland skipper Jordan Olsen barged over to give his side a three-point lead with seven minutes to go.

However, the visitors’ errors came back to bite them. With front-foot ball, Auckland worked into attacking territory before Harry Plummer put that man Rayasi over to shatter Northland hearts.

Despite the loss, Northland remain in the top four of the championship but will need to beat Waikato next week to ensure they feature in the semifinals.