Covid cases are about to explode in US, ex-FDA commissioner warns

How Republicans are reacting to Biden’s projected victory | US & Canada 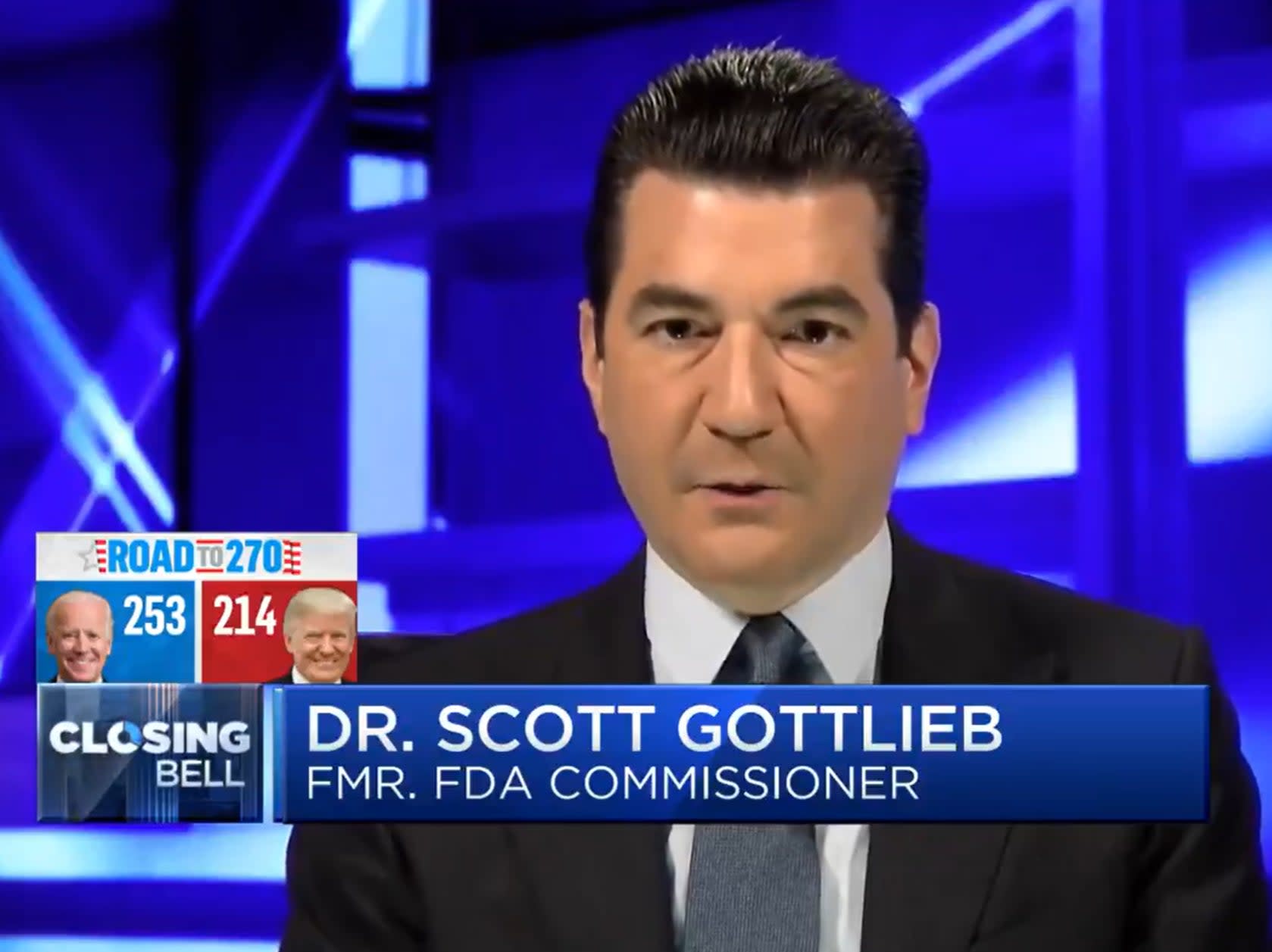 Coronavirus cases in the US are set to “explode” in the next few weeks, with the country likely to record its highest daily infection rates since the pandemic began, experts have warned.

“Remember 120,000 cases aren’t 120,000 cases. We’re probably, at best, diagnosing 1 in 5 cases right now, maybe a little bit less than that, so this is at least half a million cases a day, probably more in terms of actual numbers of infection,” Mr Gottlieb said on CNBC’s “Closing Bell”.

He said the nation isn’t implementing the targeted interventions to reduce transmission in the hardest-hit states needed to improve the situation.

“We’re building up a lot of trouble for the future, and I think that this is going to explode in several weeks,” he said.

Mr Gottlieb was FDA commissioner under the Trump administration from 2017 to April 2019. His comments come as the number of daily cases began regularly passing 100,000 for the first time this week, according to data from Johns Hopkins University.

“It’s just a fact that, even if we get the death rates down and we manage people in the hospital better, and … we’re discharging people more easily, more quickly, we’re infecting a lot more people, so eventually the health-care system is going to get pressed,” Mr Gottlieb said.

The US currently recorded a total of 9.5 million Covid cases since the start of the pandemic, with deaths surpassing 236,000.

Schools Covid advice given by call-handlers with no clinical training