Why Dorothy is still swimming more than eight decades after learning

The special votes are in and it’s bad news for the cannabis referendum, and National 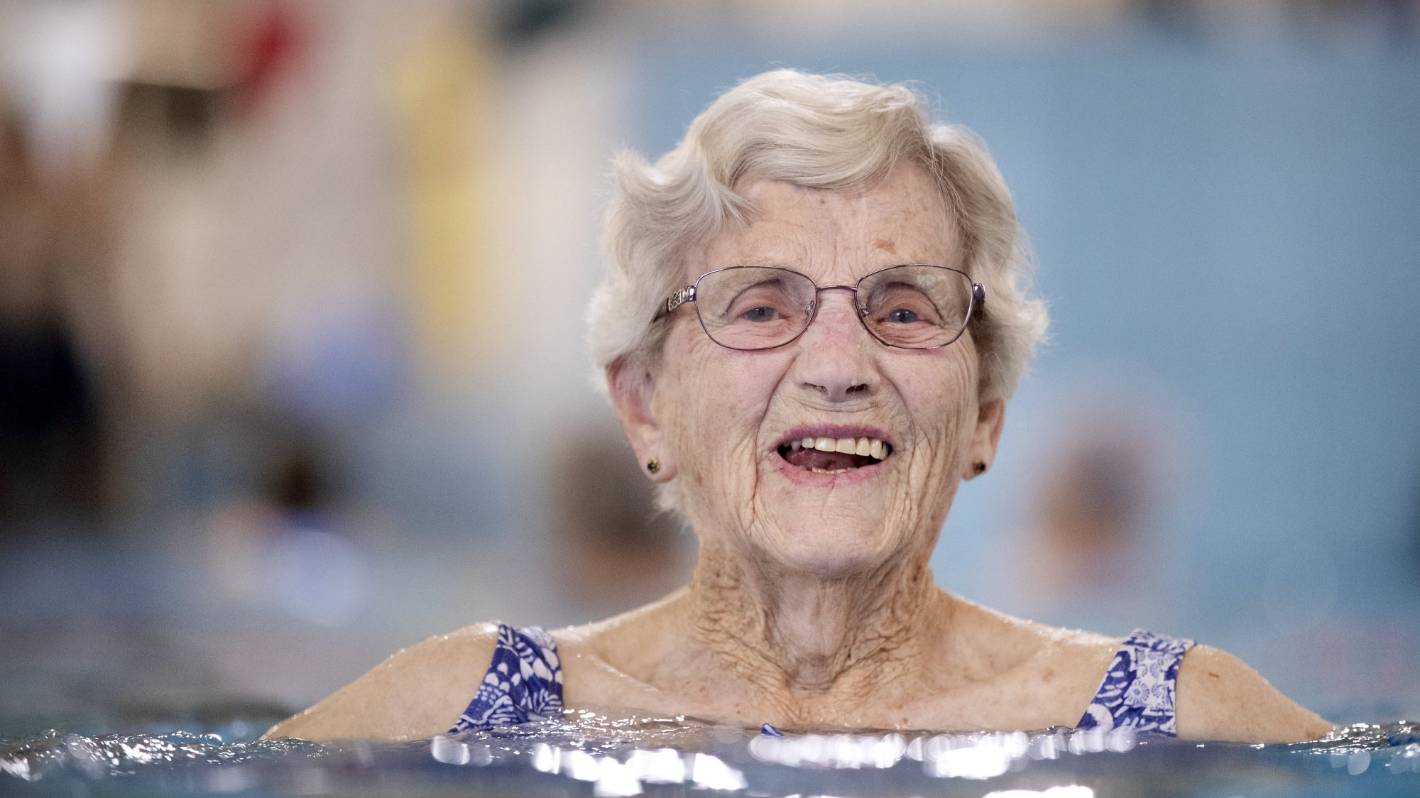 Like many fitness enthusiasts Dorothy Anderson gets up every weekday, heads down to her local pools at 7am and goes for a swim.

Unlike other fitness enthusiasts, she’s 98.

The New Plymouth great-grandmother says she’s been swimming for several years now, which she laughs at because she remembers learning as a youngster and disliking it.

“I hate getting my head wet and I still do.”

Nowadays, she goes for a dip at New Plymouth’s Todd Energy Aquatic Centre – with her head above the water – five days a week.

“I just feel like I’ve got to do something to keep myself fit,” Anderson said. “I’ve got so many bits that don’t work like they should.”

Plus, when she’s there she gets to mix with people of all ages, which she loves.

“Everybody talks to everybody.”

Anderson still recalls learn to swim week at Fitzroy School as a child. Her headmaster was passionate about it.

Students would go down to the Waiwhakaiho River, which was dammed with sandbags, and learn the breast stroke. It took Anderson three years.

“I can still see him standing at the end with his woollen bathing suit that had two big red stripes around the middle.”

Before the week began, children were encouraged to practise breathing by filling a bucket with water and holding their head under for 20 seconds.

“I don’t know what would happen if they dared say that today,” Anderson said.

She sought a career in teaching and was appointed to a role at Kiore School, in eastern Taranaki, when another staff member had to go off to war.

Anderson said she had “all sorts of ideas for that school” and one was a learn to swim week.

The problem was that the nearest pool was 8km away in Huiroa.

Anderson spoke to the man she was boarding with, and he offered a horse and wagon and took the entire school over on that.

She shows off a photo that was taken at the time.

“Half of them learnt to swim,” she says proudly.

Anderson spent her final 15 years of teaching at Highland Intermediate, and taught at many schools across Taranaki in her time.

“What does give me a kick is when you see one of your ex pupils.”

Anderson’s husband, Bert, died in 1995 and the mother-of-three, grandmother-of-six and great-grandmother of 14 has found ways of keeping herself busy and social ever since.

She still lives in the house she and her late husband built, only gave up driving last year, and says she does not feel her age.

“Some people say they’ve been working hard all their lives and now they want someone to look after them. I’m not in that league.”