Flock flacks: Meet the campaign managers behind the Bird of the Year 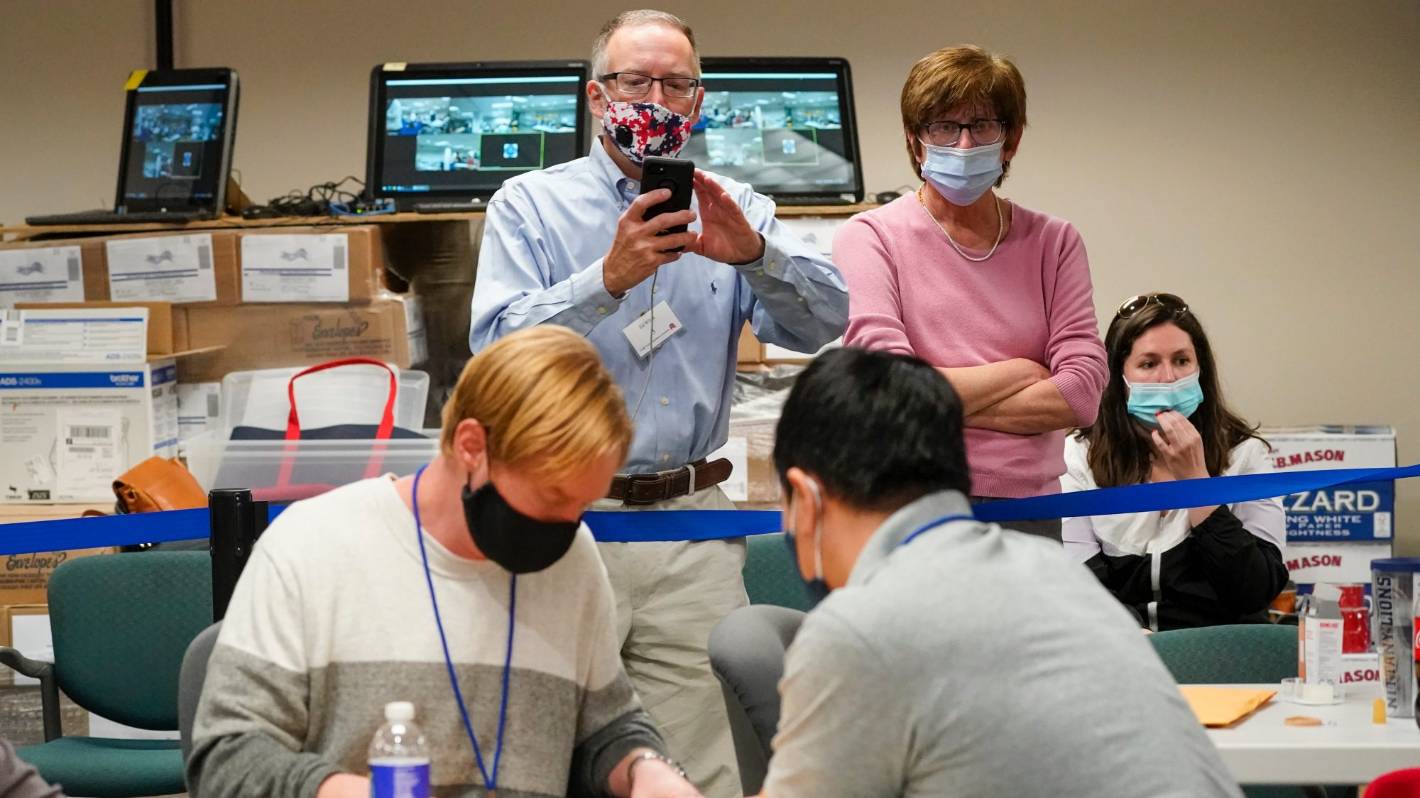 US Democrat Joe Biden is leading President Donald Trump in the battleground state of Pennsylvania.

By Saturday morning (NZT) , Biden overtook Trump in the number of ballots counted in the state, which Trump must win to have a shot at re-election. Biden leads by about 9000 votes. The contest is still too early for The Associated Press to call. Votes in the state are still being counted.

Trump’s lead dwindled after Election Day when state officials began processing mail-in ballots, a form of voting that has skewed heavily in Biden’s favor. Trump spent months claiming – without proof – that voting by mail would lead to widespread voter fraud.

READ MORE:
* US divided by election but a Biden win would matter for New Zealand
* US Election Live: Joe Biden on the verge of victory after taking the lead in Pennsylvania and Georgia
* US Election: Donald Trump spreads baseless accusations of voter fraud
* US Election: Republican hits back at Trump’s ‘very disturbing’ vote fraud claims

If there is less than a half percentage point difference between Biden’s and Trump’s vote totals, state law dictates that a recount must be held.

Biden is pushing closer to the 270 Electoral College votes needed to carry the White House, securing victories in the battlegrounds of Wisconsin and Michigan and narrowing President Donald Trump’s path.

Biden has overtaken Trump in the number of ballots counted in the battleground, a must-win state for Trump that has long been a Republican stronghold. Biden now has a 917-vote advantage.

The contest is still too early for The Associated Press to call. Thousands of ballots are still left to be counted – many in counties where the former vice president was in the lead.

There is a potential that the race could go to a recount. Under Georgia law, if the margin between Biden and Trump is under half a percentage point of difference, a recount can be requested.