‘My anxiety has anxiety.’ The post-election waiting game has Floridians horrified, riveted 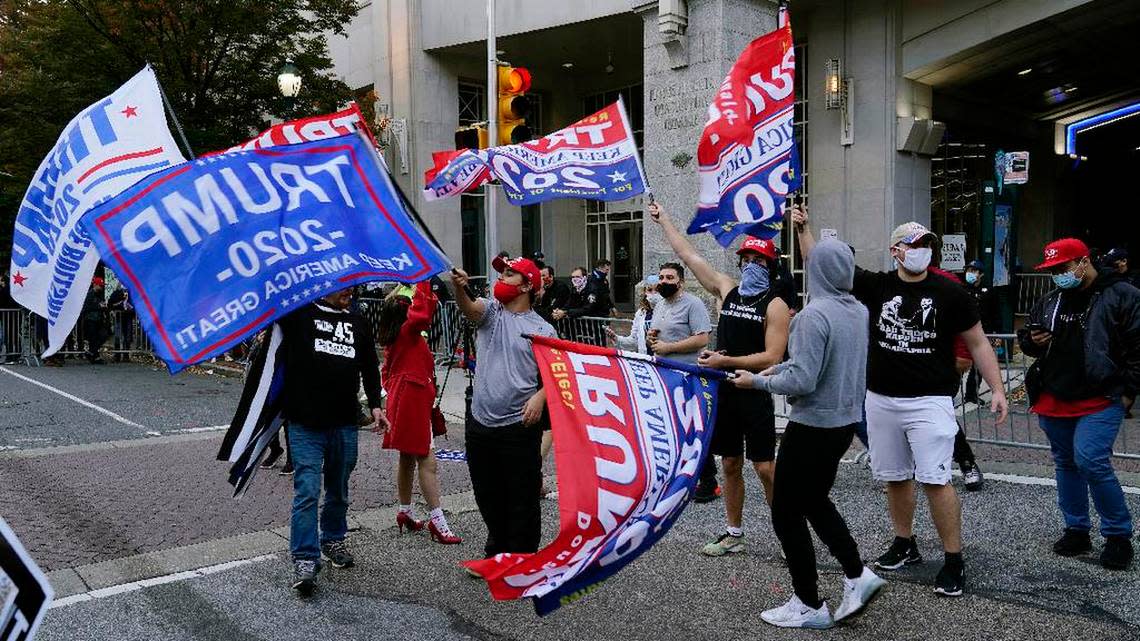 If Americans can agree on one thing despite their deeply divergent political views, it’s that the past three days since polls closed on Tuesday evening have felt like years.

People are sleeping fitfully, waking up at odd hours to turn on their TVs or check their Twitter feeds and obsessing over minute changes in the number of votes counted in Nevada, Georgia, Pennsylvania and Arizona. Text message groups that had long fallen dormant have been reignited with nervous check-ins from friends and family. Google searches for the term “election anxiety” have spiked, according to the search engine. And although probabilities have shifted from favoring President Donald Trump’s re-election to a Joe Biden victory, the stress has not yet lifted — not with the result still uncalled and continuing legal challenges likely.

“There is such a desperation going on across this entire nation and no one knows when it is going to end,” said Benjamin Bennett, who served his country in Vietnam. He said the election uproar on top of the isolation from the COVID-19 pandemic isolation has compounded people’s sense of unease and even dread.

“How am I dealing with it? It’s difficult,” Bennett said. “Half I’m keeping an eye on what’s going on in the country. The other half I’m working.”

“I’ve been glued to the TV and my phone,” said South Florida Democratic activist and political consultant Evan Ross. “I’m following the smartest data people in the country and it’s making me feel better. I’ve been trying to simplify and relay information to friends and family so they can feel better.”

“People are worried about what might happen as a result of the outcome of the election,” Winters said.

Not since 2000 has it taken this long to determine the winner of a presidential election. The last time the battleground was Florida and it took more than two months to resolve. This time Florida is not in the spotlight, but the explosion of social media with its memes, rumors, doctored videos and conspiracy theories has turned up the heat.

Democrats and Republicans both complain that democracy hangs in the balance — the former because of what they see as a strongman’s efforts to defy the will of the electorate and the latter because of the slow, inexorable increase in Democratic votes cast by mail in states that initially showed big leads for the president.

The drama has unfolded against a backdrop of boarded-up businesses in major cities, including pockets of Miami, an ominous reminder of how political disagreements can spin out of control.

“America is at a crossroads and we are going to choose a correct path or a corrupt path,” said Robert Sutton, chairman of the Broward Republican Party. He said he has been texting with people all over the world who worry about the future of the United States.

While social media has stoked anger and division, it also has provided an outlet for healthy venting.

“My anxiety has anxiety,” Dani Muñoz, who runs a South Florida workout clothing brand, said on Twitter. (Her post got more than 1,000 retweets.)

Winters recommends people who are feeling anxious reach out to someone to talk about how they are feeling and limit the time spent on stress-inducing activities.

“Turn off anything that may be making you feel more anxious such as watching the news on TV or spending too much time on social media,” Winters said. “Practice self care and engage in activities that will help you feel more relaxed. And find a positive distraction. For me that’s going to the gym.”

But every distraction in the world is not enough to keep Americans free of the acute awareness of how deeply divided the nation has become — and what that will mean for the future.

“There’s a lot of concerns on both sides because if we weren’t enemies in the beginning, we’re definitely enemies now,” said Bennett, who fears that the country’s divisions could boil over. “It’s going to be red against the blue instead of the blue against the gray.”