Why the pope’s endorsement of same-sex unions matters | Vatican

It had to be the Raiders, didn’t it? 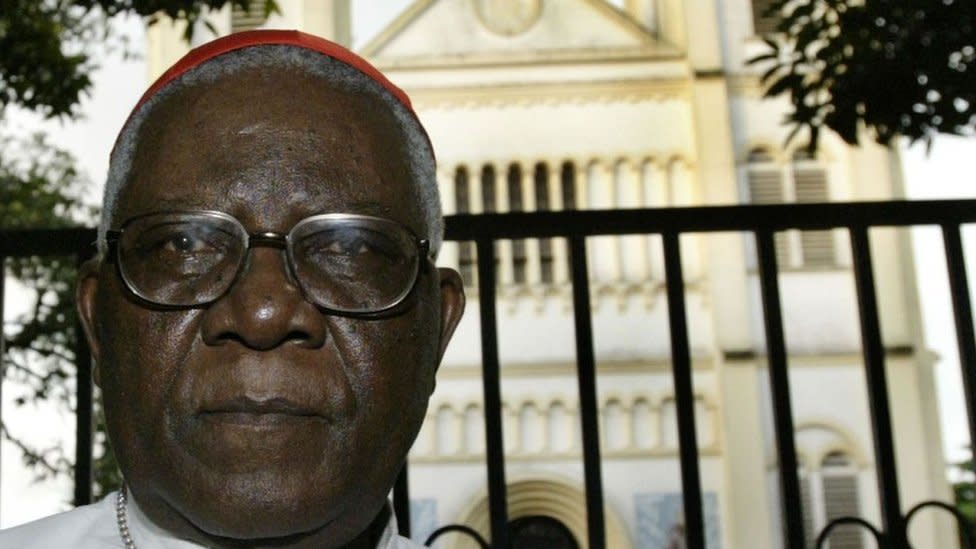 A 90-year-old former Archbishop who was kidnapped in Cameroon’s restive Anglophone region has been freed and is receiving a medical examination.

But the whereabouts of 10 other people reportedly abducted alongside him are still unknown.

Retired cleric Christian Tumi was driving from the capital city, Yaoundé, to Kumbo alongside the others on Thursday when they were abducted.

The circumstances of his release are not clear.

But a close associate of the Archbishop, Elie Smith, has told the BBC that he spoke to the kidnappers who said they only seized the cleric to pass a message to the government, without specifying further.

Separatist fighters are behind the abduction, the Bishop of Kumbo has told the BBC.

He also said scores of Kumbo’s residents marched to the separatists’ camp looking for hostages and demanding their release.

Parts of Cameroon have been gripped by unrest since English-speaking groups stepped up their push for independence in 2016, saying they faced discrimination from the country’s authorities who are mostly French speakers.

It comes in the same week that 11 schoolteachers in Kumbo were kidnapped by separatists then released.

There has also been outrage at attacks on two different schools in the English-speaking cities of Kumba and Limbe carried out by unknown gunmen in recent days. Seven children were recently killed in the attack on Mother Francisca School in Kumba.

Some schools in Cameroon’s Anglophone regions have recently reopened following a four-year shutdown due to threats from separatists fighting for an independent state of Ambazonia.

What more do we know about the abductees?

The traditional ruler of the village of Nso, close to the city of Kumbo, was among those kidnapped.

The BBC’s Killian Ngala in Yaoundé says Sehm Mbinglo I fled Nso months ago when his two sons were killed by suspected separatist fighters and he too received death threats.

Archbishop Tumi, who is a native of the same village, recently negotiated the traditional ruler’s return. But it was during this return journey that the pair and nine other people were kidnapped.

The cleric, who recently retired from his duties, is a known government critic who backs a move to federalism to resolve the Anglophone crisis.

However he has also played a conciliatory role, with the government choosing him to lead a “peace caravan” to the troubled North-West region.

What is the conflict about?

Protests over the increasing use of French in courts and schools in Cameroon’s English-speaking heartlands, the North-West and South-West regions, morphed into violence in 2017.

A security force crackdown led to some English-speaking civilians taking up arms against the government, led by the French-speaking President Paul Biya.

Thousands have lost their lives and hundreds of thousands have been displaced as separatists and security forces clash.