Flock flacks: Meet the campaign managers behind the Bird of the Year

‘Keep Mars Weird’ Is a Hilarious Satire of Austin

The polls are open for 2020 Bird of the Year, which means a lot of work behind the scenes for the volunteers running the birds’ social media accounts.

All birds need a buddy. An ally. Or a PR consultant?

The lucky birds entered in the prestigious NZ Bird of the Year competition have been assigned a campaign manager, to help them communicate their strengths to the public in what is shaping up to be the third-biggest election of 2020.

The competition has been going for 15 years, and this year includes 71 New Zealand birds. The Spinoff spoke to the comms team behind four of them about the beloved annual contest, the challenges of the campaign trail, and what they admire most about their chosen birds.

Voting is open from Monday 2 November and closes at 5pm on Sunday 15 November. You can vote for your five favourites on the Bird of the Year website.

A sassy attitude and a controversial Trump-like style: The tūī.

Wellington City Council worker Keryn Knight proudly backs the mighty tūī. Although not without controversy – Knight says her workplace, filled with fans of the Bird of the Year contest, has agreed to disagree about which bird they’ll vote for this year.

The first-time campaign manager says she’s felt a connection with tūī since childhood and loves them still.

The Bird of the Year website describes the tūī’s singing as loud and obnoxious – a sound which has been contentiously compared to a certain other loudmouthed election candidate. While it might be unfair on the wholesome tūī to mention them in the same sentence as the US president, Knight says they share a certain swagger.

“Oh yeah they’ve got attitude. They’re never too worried about you, but if you get too close, they’ll tell you about it.”

Knight says she became a Bird of the Year campaign manager as a way of getting involved in supporting conservation efforts . While she’s giving the tūī her all, she says she wishes she had a few more creative skills to really give the bird the best shot at winning.

Despite being a New Zealand icon – you’ll find tūī featured on everything from greeting cards, to tea towels, to beer labels – Keryn thinks they’re still an underdog in this year’s contest.

Win or lose, Knight knows the contest is about more than winning the gold medal. “In the end, the Bird of the Year is the winner because it’s raising awareness and getting people thinking about and appreciating our New Zealand birds. And imagine how much they need us still.”

Inquisitive, friendly, and the best in a pandemic: The Toutouwai (New Zealand Robin).

Sisters Melissa and Claudia Gunn are pooling their specialist skills to promote their favourite bird, the toutouwai, or New Zealand robin. Claudia, a singer/songwriter who uses an image of the robin as part of her branding, asked Melissa, who has a PhD in conservation genetics, to join her in the campaign manager partnership.

When Claudia took on the campaign manager job “she jumped in with both feet, wrote a couple of songs about robins, and called me in as ‘expert help’,” says Melissa.

The pair are promoting their candidate with robin-themed memes, t-shirts promoting the bird, and even have plans for a short book to share the interesting facts they’ve discovered in the course of their new  campaign manager careers.

“The New Zealand robin is one of the friendliest birds. It will actually come up to people in the bush and hop on your boot,” says Melissa.

“He’s inquisitive, wants to find out what’s going on, but he’s probably a bit naive, coming so close to people he doesn’t know. I don’t think he’s a detective so much as he is an amateur poking around, not knowing what [he’s] getting into.”

Still, Melissa says, when it matters most, the toutouwai’s practical nature comes to the fore – which will be one of his biggest strengths in this year’s campaign.

“In a year in which we’ve had lots of lockdowns, the toutouwai is probably the most prepared bird. They always have food stashed away. Vote for the prepared bird.”

A bit snarky, a bit naughty but still loveable: The Kea

Despite representing one of the contest’s perennial favourites, Sarah Eynon says managing comms for the famously cheeky kea is pretty low maintenance. The kea took out Bird of the Year in 2017, and even with limited campaigning, still placed ninth last year.

She thinks that even without any help, the kea would do fine for itself in this year’s contest: “Still top 10, probably based on name recognition alone. They do a lot of advertising for themselves I’d say.”

Eynon studies at Canterbury University, and is trying to keep the kea campaign momentum going in the middle of exam season. She’s gotten some pointers from other campaign managers, who are all keen to help despite the highly competitive environment.

“It’s a little supportive rivalry. Like the kea, they’re quite cheeky.”

Among visitors to the Southern Alps, the kea has a well-earned reputation as a nuisance and thief. But Eynon says she loves their brazen nature.

“There’s just something about that personality that just kind of steals hearts and I think that says a lot about New Zealand.”

She says the kea is “personable, friendly, a laugh, and doesn’t take itself too seriously, which is how I think everyone should be.”

In that respect, Eynon likens the kea to Kiwis – the people, not the national bird. In fact, Eynon has her hopes set on the personality-plus kea replacing the humble kiwi as Aotearoa’s national icon. Will human New Zealanders soon be referred to as kea? Watch this space.

David Kenrick took on the pāpango duck when no one else would. He’d just moved to Aotearoa from the UK, and says he was inspired by this country’s unique birdlife to get involved in Bird of the Year. But by the time he got to the website, most of the best-loved birds had already been snapped up. The pāpango was one of the few remaining candidates, and it seemed like fate was calling.

“My 17-month-old daughter is obsessed with ducks, and as soon as she saw it and went ‘QUACK QUACK’ it felt like the right bird to support.”

As a newbie to bird campaign management, Kenrick is trying to get his grassroots campaign off the ground by tweeting at famous New Zealand personalities. No luck with any of the All Blacks – even though the pāpaongo is also known as the New Zealand Black Teal. But Team Pāpango hit success when Dr Siouxsie Wiles retweeted a ‘Dr Quacksley Bloomteal’ meme – not bad for the smallest duck in Aotearoa.

Kenrick says birds like the pāpaongo are victims of the ‘Giant Panda effect’, the phenomenon of a few ‘superstar species’ getting the vast majority of attention and resources. In New Zealand, home to many high profile birds, less flashy species like waterfowl tend to get overlooked.

Black teal are so far under the radar most New Zealanders have never heard of them – even Kenrick admits he’s never knowingly spotted one in the wild. And it’s exactly this unpretentiousness that makes pāpango a worthy Bird of the Year winner, he says.

“Pāpango can be found all over New Zealand and the fact that they are pretty low-key and ‘doing ok’ means they resonate with a lot of the self-deprecating, unassuming Kiwi self-image.

“They can fly, but they don’t migrate, because they love New Zealand so much. They’re pretty much the most Kiwi bird you’ve never heard of.” 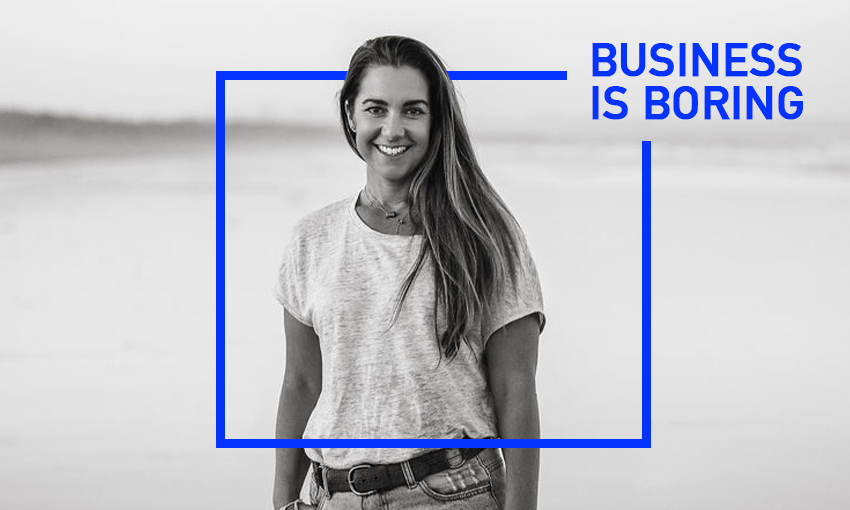