Don’t get it twisted, Tom Brady isn’t in this for Antonio Brown, he’s in it for himself 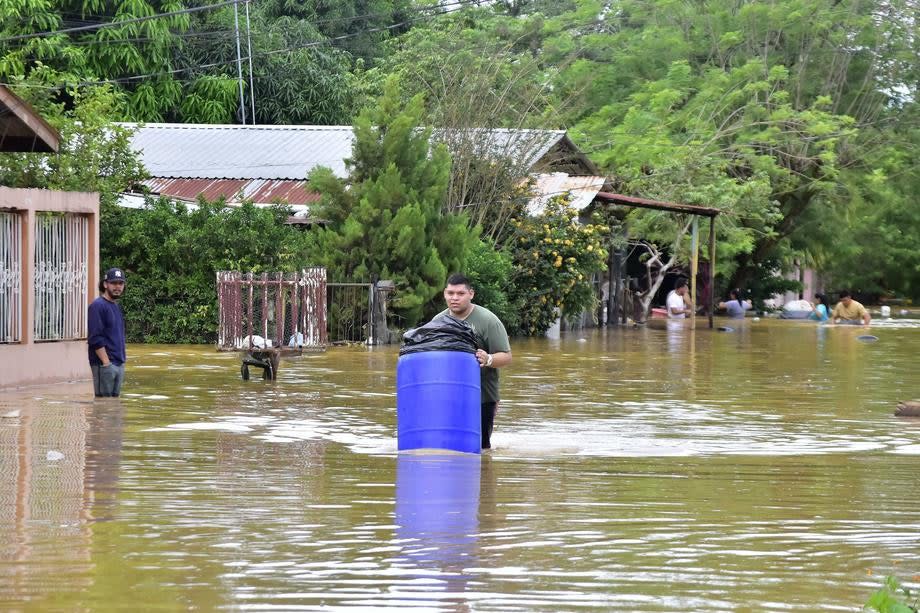 At least 57 people have been killed and thousands displaced as after Hurricane Etna flooded homes from Panama to Guatemala in Central America.

The storm swept through the region this week causing mudslides and flooding, with aid organisations warning that a humanitarian disaster is looming in the area.

The rainstorm hit Nicaragua  on Tuesday then gradually swept through much of Central America.

Forecasters said the tempest is expected to regather and head towards Cuba and the Gulf of Mexico by next week.

On Thursday afternoon, Guatemalan President Alejandro Giammattei said a mountainside in the central part of the country had slid down onto the town of San Cristobal Verapaz, burying homes and leaving at least 25 dead.

Two other slides in Huehuetenango had killed at least 12 more, he said.

The president initially said more than 50 people had died in slides, but the individual incidents he cited did not reach that total.

Later, David de Leon, spokesman for the national disaster agency, said there were reports of 50 people missing in the Verapaz slide, but government rescue teams had not reached the site.

Earlier Thursday, five others had been killed in smaller slides in Guatemala.

Giammattei said on that 60 per cent of the eastern city of Puerto Barrios was flooded and 48 more hours of rain was expected.

Guatemala’s toll was on top of 13 victims in Honduras and two in Nicaragua. Panamanian authorities reported eight missing.

In Honduras, National Police said Thursday that six more bodies had been found, bringing that country’s toll to 13.

The bodies of two adults and two children were found after excavations in a mudslide that occurred Wednesday in the township of Gualala, and two boys aged 8 and 11 died in another mudslide in El Nispero.

Hundreds of residents of San Pedro Sula neighbourhoods had to abandon their homes before dawn Thursday when water from the Chamelecon river arrived at their doorsteps.

Miguel Angel Beltran, a security guard from the city’s Planeta neighborhood, said his district was lost and many people were missing or drowned.

“We rescued my brothers, all the family from a balcony, a three-story building,” he said. “How is it possible that a government has done nothing to warn people.”

His family lost everything and had nowhere to go, he said. The few boats rescuing people had no motors and struggled against the current, he said.

In Panama, at least eight people were reported missing after flooding and landslides in the province of Chiriqui, which borders Costa Rica.

Fears for Philippines town devastated by ‘most powerful 2020 storm’