The Weight Loss Motivation Bible: How To Program Your Mind For Sustainable Fat Loss 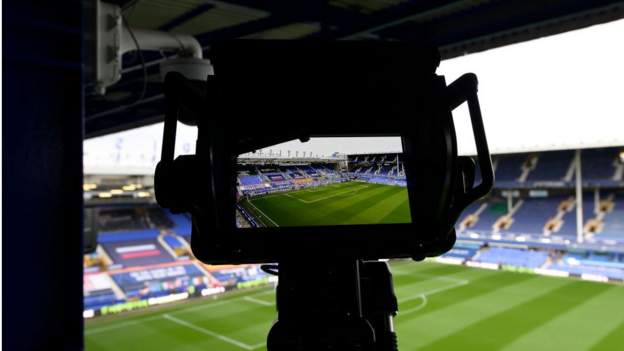 The Premier League is likely to scrap the controversial pay-per-view method for matches after November’s international window.

Clubs will instead look to devise a new solution that will cover the Christmas period.

A definitive decision was not taken at a shareholders meeting on Thursday but discussions are said to be ongoing.

However, the £14.95 fee – which led to significant protests among fan groups – is expected to be dropped.

It is understood that the model used in September, where all games were shown live by the Premier League’s broadcast partners, is the likely direction of travel.

Pay-per-view remains on the table but a final decision is not expected this week.

In a statement, the Premier League said shareholders met on Thursday “to discuss a number of important issues”, including the broadcast options for matches following the international break.

“Discussions with all stakeholders are ongoing and a broadcast solution will be announced in due course,” it added.

More than £300,000 has been raised for charity by fans boycotting pay-per-view games, which were introduced in October after clubs voted 19-1 in favour of the “interim solution”.

Liverpool’s fan group the Spirit of Shankly labelled the decision to charge £14.95 “disgraceful”, while the Football Supporters’ Association said many fans were “concerned” over the price and wanted it reduced.

Following Thursday’s meeting, an FSA spokesperson said: “Supporters made clear their revulsion at the £15 cost to see their teams on Sky and BT Sport’s pay-per-view platforms last month, an emotion running so deep that fan protests across the country even reached the ears of untouchable Premier League club owners.

“We await to see the detail of what the Premier League and its broadcasters will now offer supporters who remain locked out of grounds for the foreseeable future – they simply must come up with a solution that is affordable for all.”

Pay-per-view will still be used for this weekend’s fixtures, for games not selected for regular television broadcast, but whatever decision is made would come into force from 21 November and is due to last for the rest of the year.

Last month, Premier League chief executive Richard Masters said the £14.95 fee was “defensible”, and the announcement of the model came at a time when top-flight clubs were lobbying for spectators to be allowed back into grounds.

However, since then England has entered a second national lockdown, which will last until 2 December, and hopes of an imminent return of fans have faded.

Meanwhile, the Premier League said its shareholders also reiterated that a rescue package remains on the table for EFL clubs suffering financially during the coronavirus pandemic.

“The offer guarantees no EFL club need go out of business as a result of the pandemic in the 2020-21 season, and our intention is to play an active role in helping clubs return to financial stability,” it said in a statement.

“The Premier League will engage directly with any EFL club that is suffering severe financial losses due to the pandemic, and will remain in dialogue with the EFL on this important issue.

“The rescue package is on top of solidarity payments totalling £110 million already advanced to the EFL this season, alongside additional financial support for youth development and community programmes.”