Florida in the path of Tropical Storm Eta

Trump campaign wants a Wisconsin recount. But how would it work? | US & Canada

One Clear Message From Voters This Election? More Privacy 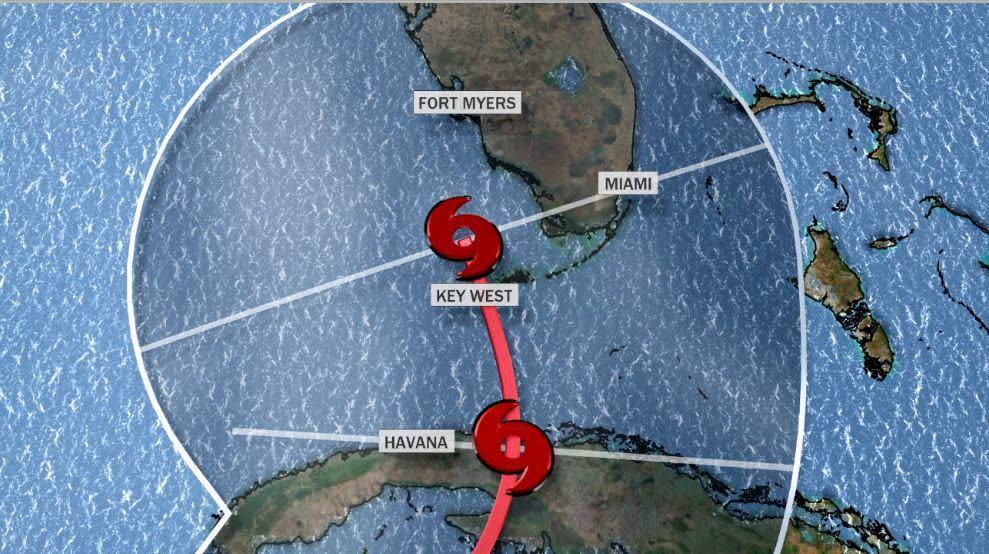 The 2020 hurricane season continues its relentless onslaught as Tropical Storm Eta, the 28th named storm of the season, lashes Central America with torrential rains and whipping winds. Typically Central America is a graveyard for hurricanes — but not Eta. Increasingly, forecasters are concerned Eta will reemerge over the warm Caribbean waters and then head toward Florida this weekend.

Right now, Eta is gradually weakening over land, but it’s expected to head into the Caribbean Friday and move northeastward. The models show the system reorganizing, with some modest restrengthening this weekend over the Caribbean and the Florida Straits, north of Cuba. On this path at least two more landfalls seem likely: Cuba on Sunday and possibly South Florida on Monday.

#Zeta becomes the 11th named storm and 6th hurricane to make U.S. landfall in 2020. Both are seasonal records (the 6 hurricane landfalls ties with 1985 and 1886). Louisiana is the first state with five named storm landfalls in a season.2020 U.S. TC damage costs already >$30B. pic.twitter.com/gOrzIQs837

As of Wednesday afternoon, Tropical Storm Eta is located inland near the Honduras-Nicaragua border, continuing to move west deeper into Central America. The system is forecast to weaken further to a tropical depression but continue to dump torrential rains and cause flash flooding.

Later this week, Eta will begin to feel the influence of upper-level steering to its north causing the storm to make a hard right turn, pushing it back over the hot northern Caribbean waters. While some intensification is likely, it will be limited, at least initially, because Eta will have to contend with some dry air, upper-level wind shear, interaction with the landmass of Cuba, and limited time.

Tracks on #Eta split between FL Keys landfall and mainland South Florida landfall Monday-ish. Looks like a drencher of a tropical storm but there is some chance it may reach low-end hurricane status… then it likely heads back out into the Gulf where… stay tuned! pic.twitter.com/4B7LOKu8bQ

By Saturday the system will cross over Cuba, likely as a tropical storm, and then head towards South Florida. It is still uncertain how strong Eta will be and the degree to which the storm will impact South Florida. Most likely Eta will either be a strong tropical storm or even a low-end hurricane. Some models show a direct hit, while others show a glancing blow over the Florida Keys.

Regardless of exact track, Eta will bring a stretch of very wet weather across South Florida from Friday through early next week. Depending on the track, over a foot of rain seems likely in some spots.

After the storm passes South Florida, most models then show it snaking back westward into the Gulf of Mexico early next week. Gulf waters are still warm enough for Eta to once again regain strength. Although it is too early to know if and where another landfall could take place, some guidance suggests yet another Gulf Coast landfall is possible by the middle of next week.

Well if you wanted to find an omen today, here it is. The predicted track of what Tropical Storm #Eta pic.twitter.com/NjT8TqXXNm