NBA needs a shortened season now to get back on track 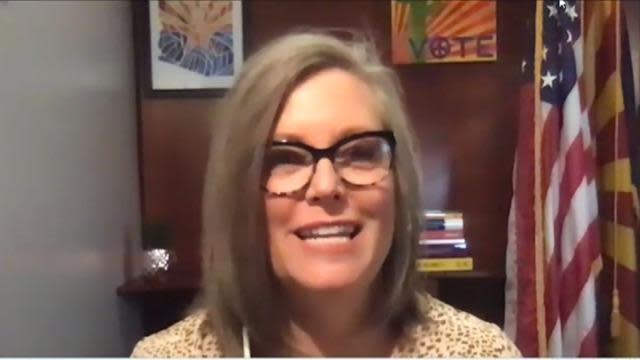 Arizona Secretary of State Katie Hobbs says the state is “prepared” for a potential legal challenge from the Trump campaign on Thursday morning, adding there was “no real legal basis to stop counting” ballots. Former Vice President Joe Biden currently holds an advantage in Arizona but CBS News still considers the state a toss-up.

“Quite honestly there’s no legal ground for us to stop counting ballots,” Hobbs said on “CBS This Morning.” “We don’t have a postmark deadline in Arizona. Our ballots have to be received by Election Day. Those are the votes we’re counting.”

The president’s campaign has already presented legal challenges in other key states with close margins — Georgia, Pennsylvania and Michigan. In Wisconsin, where CBS News projects Biden as the winner, the Trump campaign has called for an official recount.

As of Thursday morning, Biden was leading Mr. Trump by more than 68,000 votes in Arizona. According to Hobbs there remain “just under 450,000 outstanding ballots” — the bulk of those being in Maricopa County, the state’s most populous region and home to the capital city of Phoenix.

“If that’s the pace they’re going, I think we should have a good indicator where we’re at, you know, late tomorrow,” she said.

Hobbs dismissed their presence as just a “distraction,” and that any accused ballot tampering is “not happening.”

“They’re protesting to count the votes and that is exactly what Maricopa County election officials are doing,” she said.

Hobbs also said both Republican and Democrat observers are allowed in the tabulation room, adding that cameras installed in “every tabulation room across the state” help ensure a fair count.

“Anyone can go online to the election office in any county and view the proceedings while they’re happening — and that is all the time,” she added.

Asked about unsubstantiated claims that Arizona ballots marked with a sharpie were disqualified in the state, Hobbs called it “absolutely unfounded.”

“This is absolutely a nonissue, election workers are not going to give voters pens that would intentionally invalidate their ballot” she said. “Every single validly-cast ballot, regardless of the pen you used, is going to be counted.”