With key states still undecided, Biden says ‘we believe we’re on track to win this election’ 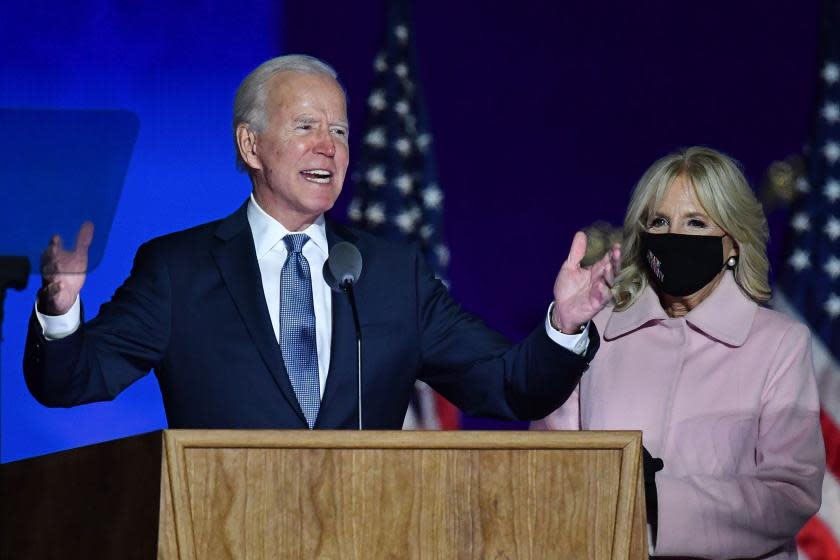 In the early morning hours of Wednesday, Democrat Joe Biden announced that “we believe we’re on track to win this election,” stressing to his supporters that “it ain’t over till every vote is counted, every ballot is counted. But we’re feeling good about where we are.”

In his brief speech, Biden specifically cited having confidence in the yet-to-be-called but likely decisive states of Wisconsin, Michigan, and Pennsylvania, and alluded to Fox News’ controversial early call of Arizona in the Democrat’s favor as well. “We knew this was going to go long, but who knew we were going to go into maybe tomorrow morning, maybe even longer,” Biden said.

The Electoral College map remains up for grabs as of 12:45 a.m. on Wednesday morning, with the key states of Wisconsin, Michigan, Pennsylvania, Georgia, Arizona, and North Carolina still undecided by The New York Times‘ count.