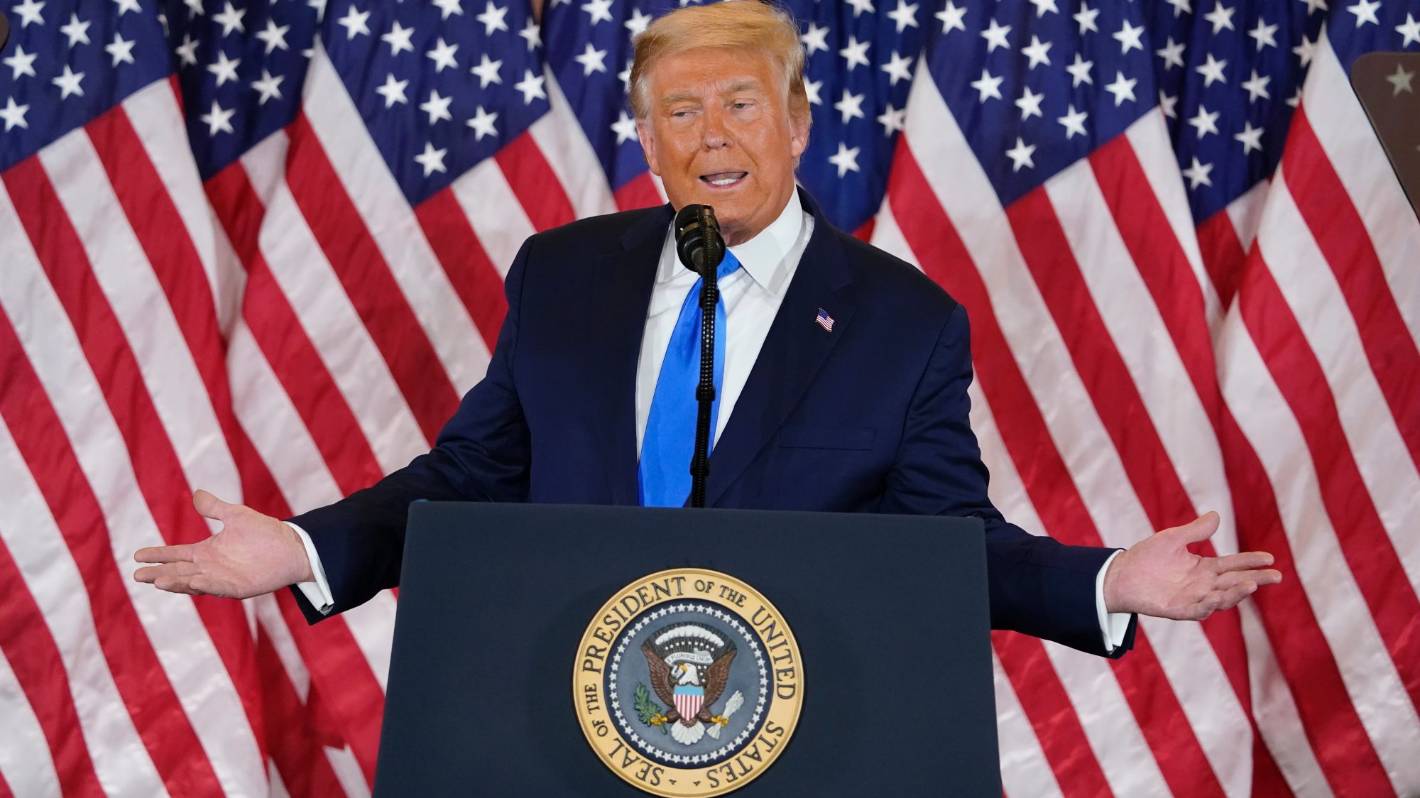 ANALYSIS: The foundations of America’s centuries-old democracy are shaking.

The outcome of the presidential election hangs in the balance and may not be known for days. A nation with widespread gun ownership, a polarised population, tribal media outlets and a reckless President has to muddle its way through as all the votes are counted. The exact scenario many feared has now come to pass.

Rather than delivering clarity, election night only plunged a fractured nation into deeper uncertainty. Are its democratic institutions – the Congress, the courts, the election systems – able to withstand what is coming?

As he has previewed for months, Donald Trump leapt into the void to claim that Democrats were trying to “steal” the election from him – despite no evidence this had happened.

READ MORE:
* The great divide widens as Trump shows he still has strong support in the US
* US election live: Election still undecided as Trump baselessly alleges voter fraud over Biden’s lead in key states
* US Election 2020: Trump says he will fight election in Supreme Court

“We will never let them do it,” he said on Twitter. “Votes cannot be cast after the Poles [sic] are closed!”

But votes are not still being cast; they are being counted, which is entirely proper.

Then, in an early morning address at the White House, Trump prematurely claimed victory and falsely claimed that his voters were being “disenfranchised” because millions of votes remain to be counted.

He vowed to go to the Supreme Court to stop the remaining votes, which are expected to favour Democrats, from being included in the totals.

Even if he doesn’t succeed, Trump has made it clear: he’s willing to resort to blatantly anti-democratic measures if that’s what it takes to stay in power. It was a dark, disturbing moment in American history.

Trump has pushed the nation to the brink even though he still has a shot at being legitimately elected.

Regardless of the final tally, Democrats did not achieve the thumping repudiation of Trumpism they have longed for since 2016.

Biden’s pathway to victory is a clear but nail-bitingly narrow one. Hopes of a potential Biden landslide faded early in the night when Trump claimed Florida, Ohio and North Carolina. This is not an election that will bridge America’s divides, but will deepen them.

Just as they did four years ago, pollsters underestimated Trump’s popularity in a series of battleground states.