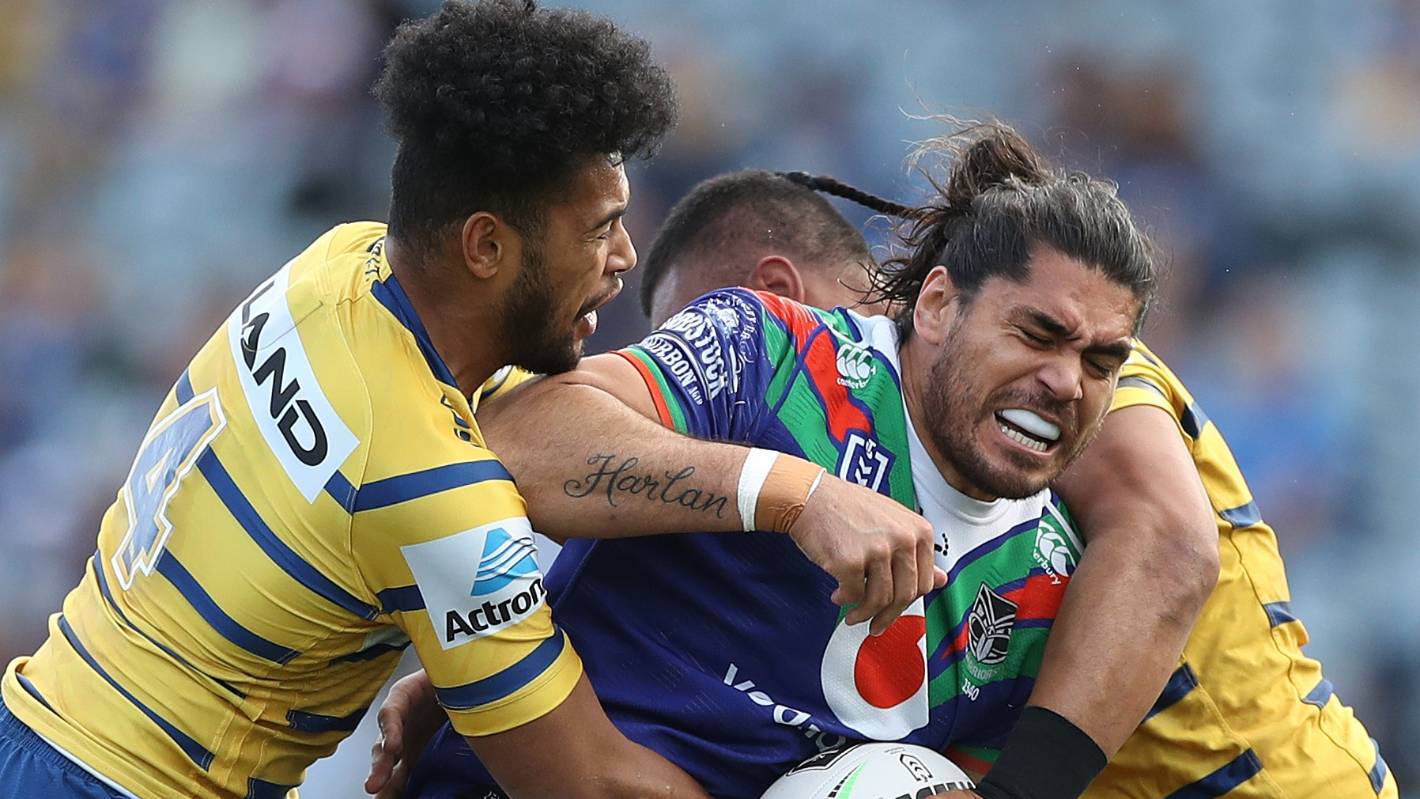 Tohu Harris had his best season yet for the Warriors in 2020.

Tohu Harris has won Simon Mannering Medal to be the Warriors’ player of the year for 2020, ending Roger Tuivasa-Sheck’s three-year stranglehold.

The 28-year-old Harris also won the player’s player of the year on Wednesday night at the club’s awards night, which took place at Mt Smart Stadium.

It was an outstanding season for the Hastings born Harris, who joined the Warriors from the Storm in 2018. This was the first season where he hadn’t been hampered by injuries and he became the club’s key player among the forwards, also making the NRL’s team of the year.

Over the regular season, he ranked fifth among all players for most post-contact metres (1339) and seventh for most metres gained (3465), for an average of 173 metres a game, the fourth best among all forwards.

Tuivasa-Sheck, who by the end of the season was the only the Warriors player separated from his family, won the People’s Choice player of the year and the clubman of the year.

The fullback didn’t have his best season for the Warriors, but his leadership was outstanding, playing a key role in keeping the players motivated during a campaign where they were forced to be based in Coffs Harbour.

Over the 20 rounds of the NRL season, Tuivasa-Sheck made the most metres (3974) and runs (398) of all players in the competition while he was second for most average metres (221).

Prop Jamayne Taunoa-Brown won the award for the rookie of the year, in what was probably a close race with Eliesa Katoa.

Taunoa-Brown was initially on a train and trial deal before twice being upgraded on a contract that takes him through to the end of the 2022 season.

Previous player of the year winners