‘Democracy is vibrant’: Election night with Trump’s man in Wellington 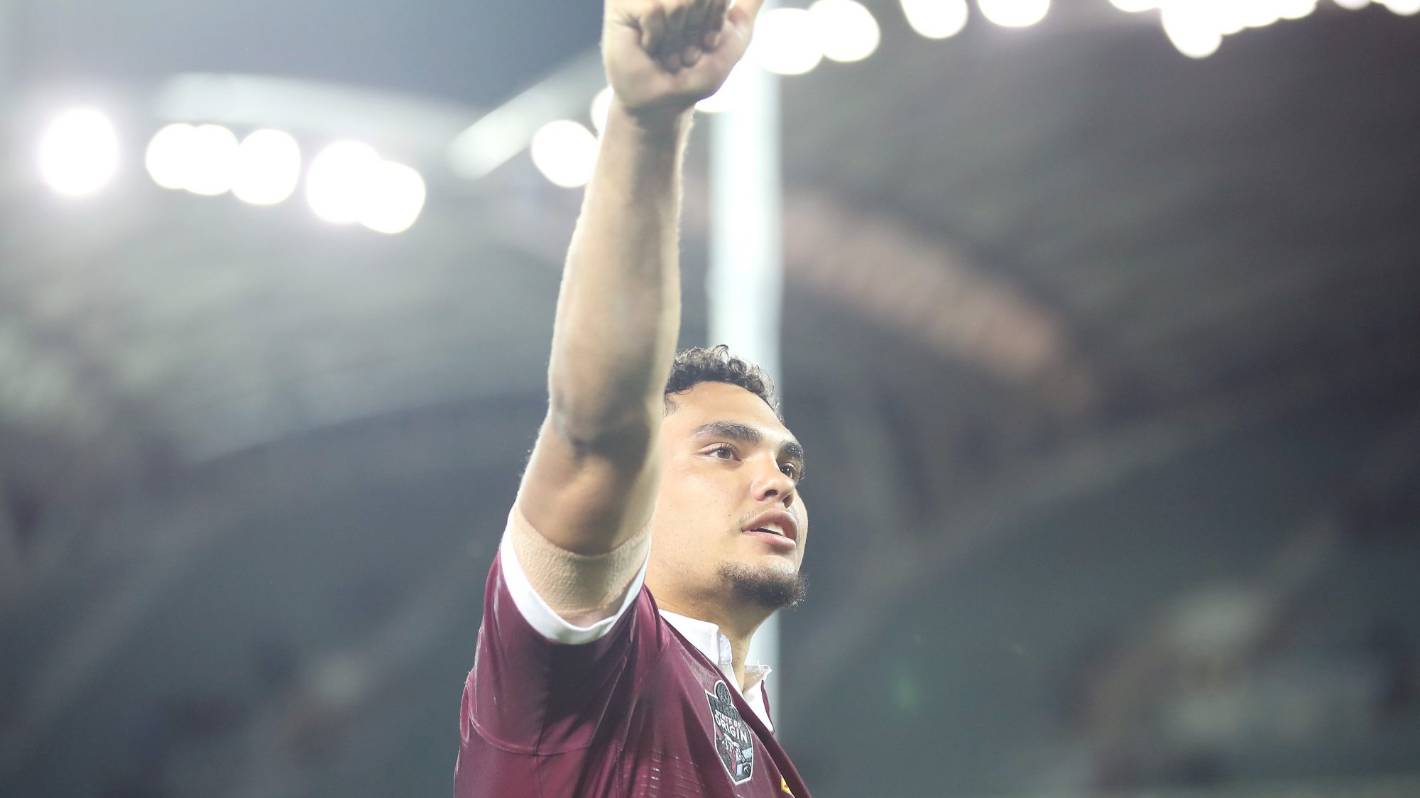 Xavier Coates of the Maroons acknowledges the crowd as he celebrates victory.

Queensland’s unlikely bunch of rookies have pulled off a State of Origin miracle in Australia, coming from behind to claim a famous 18-14 win over NSW.

Fielding eight rookies and the biggest outsiders for an Origin match in more than 20 years, Queensland looked gone at 10-0 down at halftime on Wednesday night at Adelaide Oval.

But that’s where the comeback kicked in for the series opener front of 25,218 fans at Adelaide Oval.

The Maroons scored three tries in the space of 14 minutes, with Kurt Capewell superb on debut with man-of-the-match Daly Cherry-Evans and Cameron Munster just as influential.

NSW put themselves back in the match late when Josh Addo-Carr completed his double, but the Maroons held out a late attacking raid to go 1-0 up in the series.

The triumph is arguably one of Wayne Bennett’s finest coaching performances, given the Maroons on paper looked a shadow of their great teams of yesteryear.

It sets up a tantalising final fortnight of the series, with NSW now needing to win in Sydney next week to keep their hopes of a three-peat alive.

After Queensland dominated the opening stages for no result, NSW took control of the match when they led 10-0 after 21 minutes.

The Blues were dominating the Maroons up the middle, with James Tedesco also threatening while Damien Cook was at his best with space out of dummy-half.

Cook had the Blues’ first when he collected his own ricocheted grubber kick, while Nathan Cleary and Tedesco created the space for Addo-Carr to have their second.

But while halves Nathan Cleary and Luke Keary were fluent playing both sides of the ruck in the first half, they lacked the same space in the second as Queensland won the tug-of-war.

Meanwhile the Maroons’ Origin spirit and history of winning with unheralded rookies had been a theme all week, and it shone through.

Capewell was the unlikeliest of heroes, sparking the Maroons into action when he ran onto a Munster offload and fended off Clint Gutherson with ease in the 50th minute.

The centre managed a kick on the run, before a charging AJ Brimson ran onto the ball to make it 10-6.

And suddenly when Dane Gagai easily shrugged off Jack Wighton and put rookie Xavier Coates over four minutes later, Queensland had the lead.

Gagai was brilliant throughout as he often is in Origin, while Capewell pulled off a crucial play later with an intercept with the Blues on attack before finishing the match with a groin injury.

Munster then gave the Maroons an eight-point lead, kicking forward a poor offload from Daniel Tupou that went to ground and chasing through on it to score.

Jake Friend was also his typical steely self on debut, getting through 52 tackles in 80 minutes at hooker.

“It was a dream come true,” Capewell said.

“Typical Origin footy. Went down to the last minute. We defended our line really well there at times.

“Just stoked to come away with a win on debut.”

Adding further insult to injury for NSW is that Cameron Murray managed just five minutes before succumbing to a knee issue, while Boyd Cordner had to fight off another concussion scare.