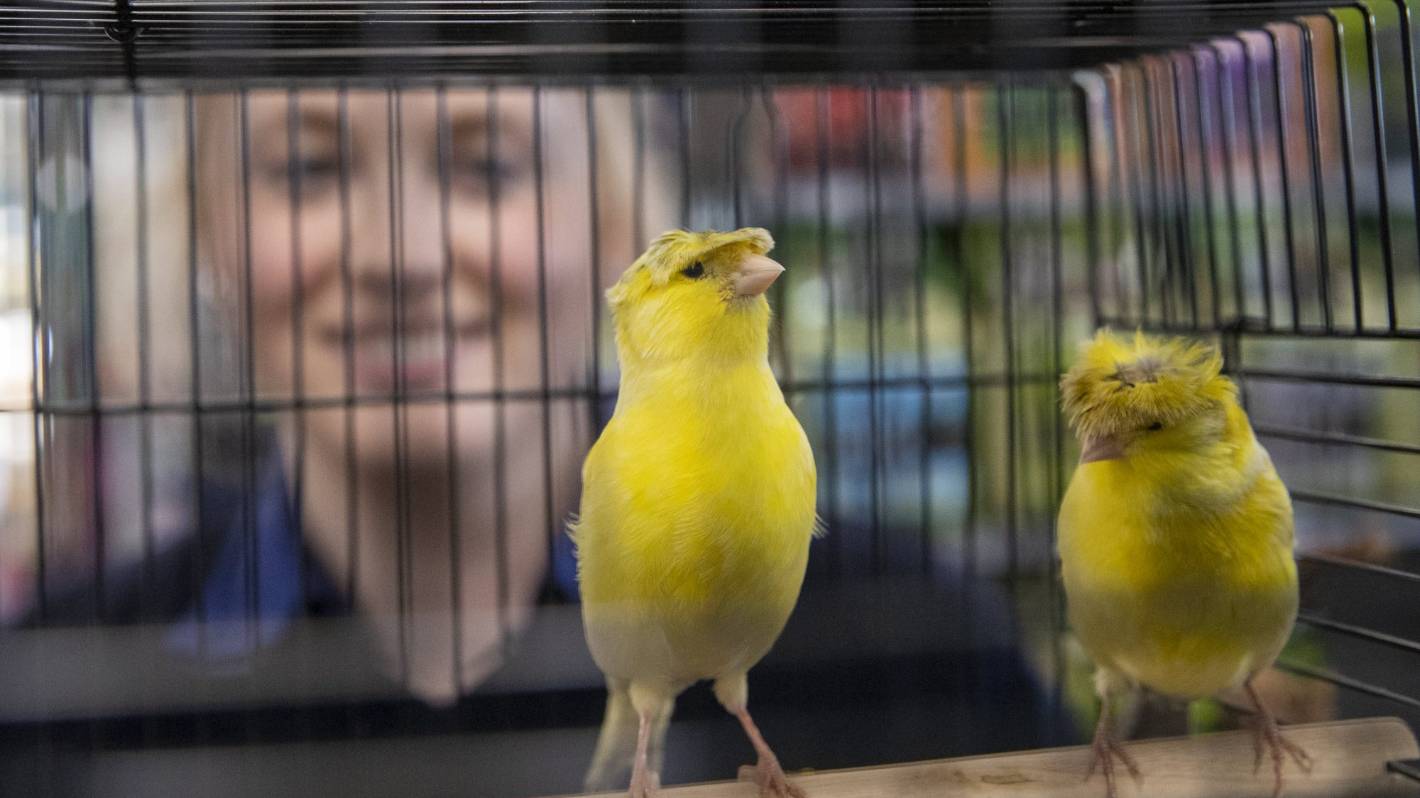 The three canaries arrived at Nichol’s Garden Centre on Monday and have been very popular with people visiting the centre.

Centre pet shop assistant Karla Thompson​ said there were a lot of people pointing out that the birds looked similar to Donald Trump.

One of them even had a similar square face to Trump, Thompson said.

Although there had been a few strange pets that had arrived at the shop such as rabbits with ears that flap different ways, the Gloster canaries were perhaps the strangest, she said.

Gloster canaries were very rare, and she had only seen one of them prior in the two years that she had worked at the centre, she said.

Since the canaries were new to the shop they wouldn’t go on sale until Thursday, so they could settle into their new environment.

The United States Presidential election will start on Wednesday to decide whether Trump will get back into the White House or if Joe Biden will become the country’s 46th President.