How sustainable is a six-green-star-rated building? 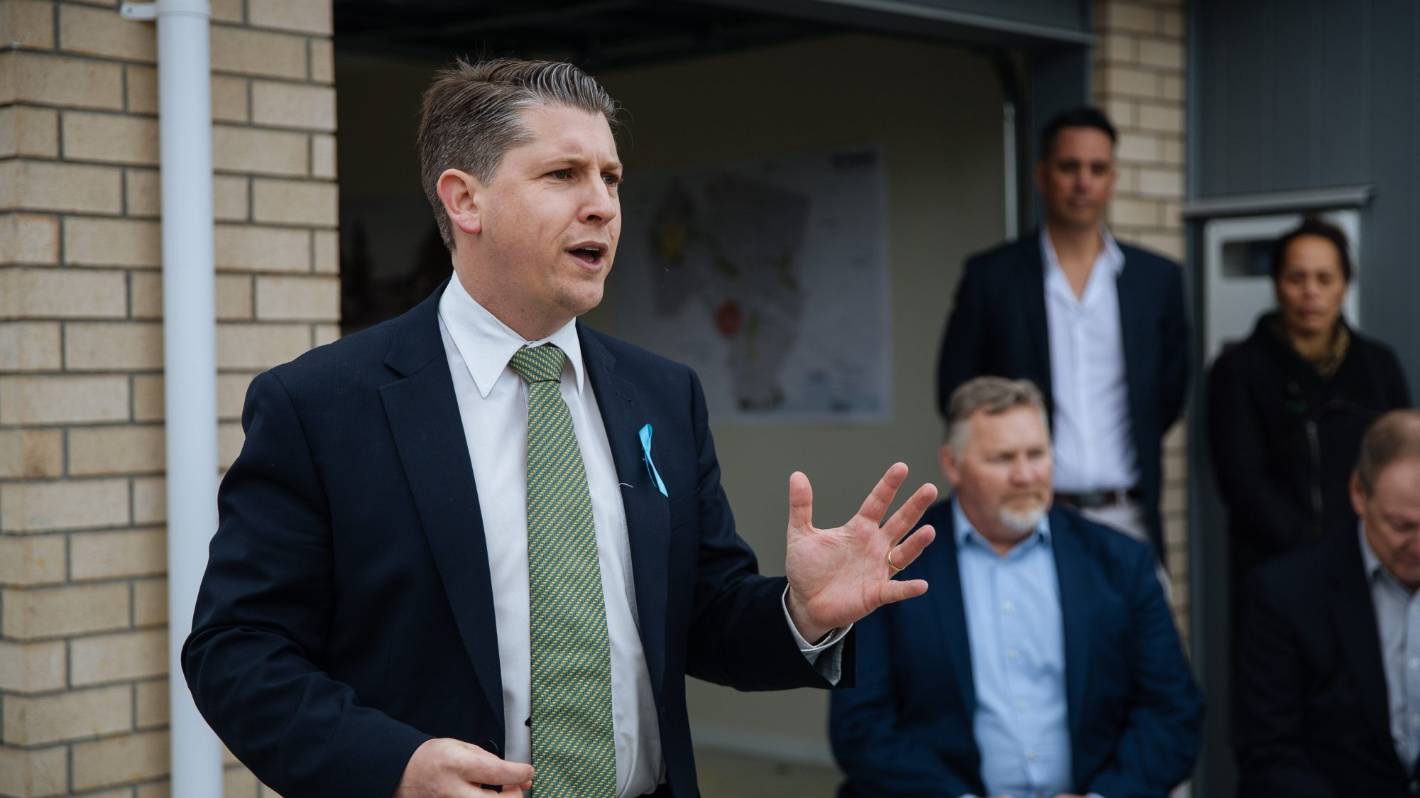 Incoming Transport Minister Michael Wood will have plenty to think about when he’s sworn in on Friday at Government House in Wellington.

His swearing in will take place very near the Mt Victoria Tunnel and the Basin Reserve – two of the most badly congested and politically-contested transport sites in the country.

They’re at the centre of an ideological war between Labour and National over how to fix New Zealand’s transport woes: upgrading our ageing road network with infrastructure we should have built a decade ago, or building public transport infrastructure to get commuters out of cars and off the roads.

In Wellington, Labour has signed up to building a second Mt. Victoria tunnel to ease congestion. But that would only happen towards the end of the decade after work begins on the city’s rapid transit network.

National turned the tunnel into an election issue. Transport spokesperson Chris Bishop and Wellington Central list MP Nicola Willis promised to begin work on the tunnel within the next Parliamentary term.

Sitting down for his first interview since being appointed Transport Minister, Wood stuck to the same line on the second tunnel as predecessor Phil Twyford, who suggested the construction of the tunnel might be brought forward if that is what was recommended by business cases for the Let’s Get Wellington Moving transport package which is currently being completed.

“I think we do need to see the business case, but we also need some further engagement with regional partners,” Wood said.

But much like Twyford, Wood wants to look at the package as a whole, diverting attention from National’s focus on the tunnel.

“The important thing for Let’s Get Wellington Moving isn’t just fixating on one project. It’s about seeing this as a region wide linked-up transport system that we’re trying to build,” Wood said.

Wood is himself a public transport user, and says his most common mode of transport is the bus, although he owns an “embarrassing suburban dad people mover for the kids”.

The other big ticket item on Wood’s list is what to do with Auckland’s light rail system. Labour promised to have the rail line between Britomart and the Airport partly built by now. Instead, the Government hasn’t even selected what it wants to build let alone who is going to build it.

Twyford kicked the project back to the Ministry of Transport earlier this year for more work, promising the Government would get more advice after the election.

Light rail is personal for Wood. Labour first announced its commitment to light rail during the 2016 Mt Roskill by-election in which Wood won his seat. And, when completed, it will run right through the middle of his Mt Roskill electorate. Expectations of delivery are high. National sees Labour’s lack of delivery on the project as a weak point to Labour.

Party leader Judith Collins even began her last day of campaigning with a stunt in Mt Roskill where she told reporters she was looking for signs of the new rail line.

Despite the pressure, Wood says he’s not going to rush a decision on light rail.

“Light rail is a multi-billion dollar decision. It will be a 50-100 year piece of infrastructure in our biggest city, so we’re not going to be rushed into making a decision,” Wood said.

“I’ll be getting quickly briefed through the options and information and consulting with Cabinet colleagues in the not too distant future, but I’m not going to put an artificial title on it,” he said.

Wood will have a powerful friend when it comes to delivery in the form of Finance Minister Grant Robertson who is taking the Infrastructure portfolio.

Robertson spent the second half of Labour’s first term developing a reputation as the “Minister for Everything”. At the same time that problems began to emerge in the Transport portfolio, Robertson was given total oversight over the Government’s $12b NZ Upgrade infrastructure programme – making him something of a de facto minister for transport and infrastructure.

Prime Minister Jacinda Ardern said she was looking for “greater coordination” between transport and infrastructure.

“That’s an area where we want greater coordination, so whilst it sits under transport we will have a coordinated infrastructure team focused on delivering some of that $42b of investment,” she said.

There had been speculation that light rail would be spun out of infrastructure and given to Robertson under a distinct delegation, but Robertson was himself clear that the responsibility for light rail would rest with Wood and the Transport portfolio.

Wood said he’d be making no changes to one of Twyford’s last big actions as Transport Minister – the Government Policy Statement on Land Transport (GPS).

It’s a document that lets the Minister tell the NZ Transport Agency what they’d like the transport system to look like over the next 10 years. The GPS only gets reviewed once every three years, meaning Wood will have to wait until the end of this term to have a crack at putting his mark on the next decade’s $48b of transport spending.

“I’ve gone through the GPS in great detail and I think it’s a great piece of work that embeds the progress we’ve had in transport over the last three years,” Woods said.

Wood is a disciple of this way of thinking and says that it will be Twyford’s legacy to the transport system.

“If you look at the fundamental direction of New Zealand transport policy, it’s a huge turnaround from the Joyce years of just pouring billions of dollars from a political office into massive roading projects to a mode neutral approach, where we look at the best way of solving transport problems,” he said.

Yet unlike Twyford who is known and lauded for his big picture thinking, Wood has established a reputation on select committees as a details person. Wood does his reading; he brought constitutional thinking to a complicated meeting about ousted Auditor-General Martin Matthews and even showed up senior politicians and former ministers on Parliament’s Covid-19 Epidemic Response Committee earlier this year.

While submitters to the committee wondered whether the Government had a committed strategy to the Covid-19 crisis, Wood drew their attention to the fact that the Government’s Covid-19 strategy was total elimination, as explicitly stated in committee briefing documents that some members had apparently neglected to read.

But he’ll need more than a talent for swotting up to turn the transport portfolio around. With nearly three years spent discussing “shovel-ready” infrastructure, Wood needs to be the minister who manages to get spades in the ground.