Kiwi jet boat business to the stars goes up for sale 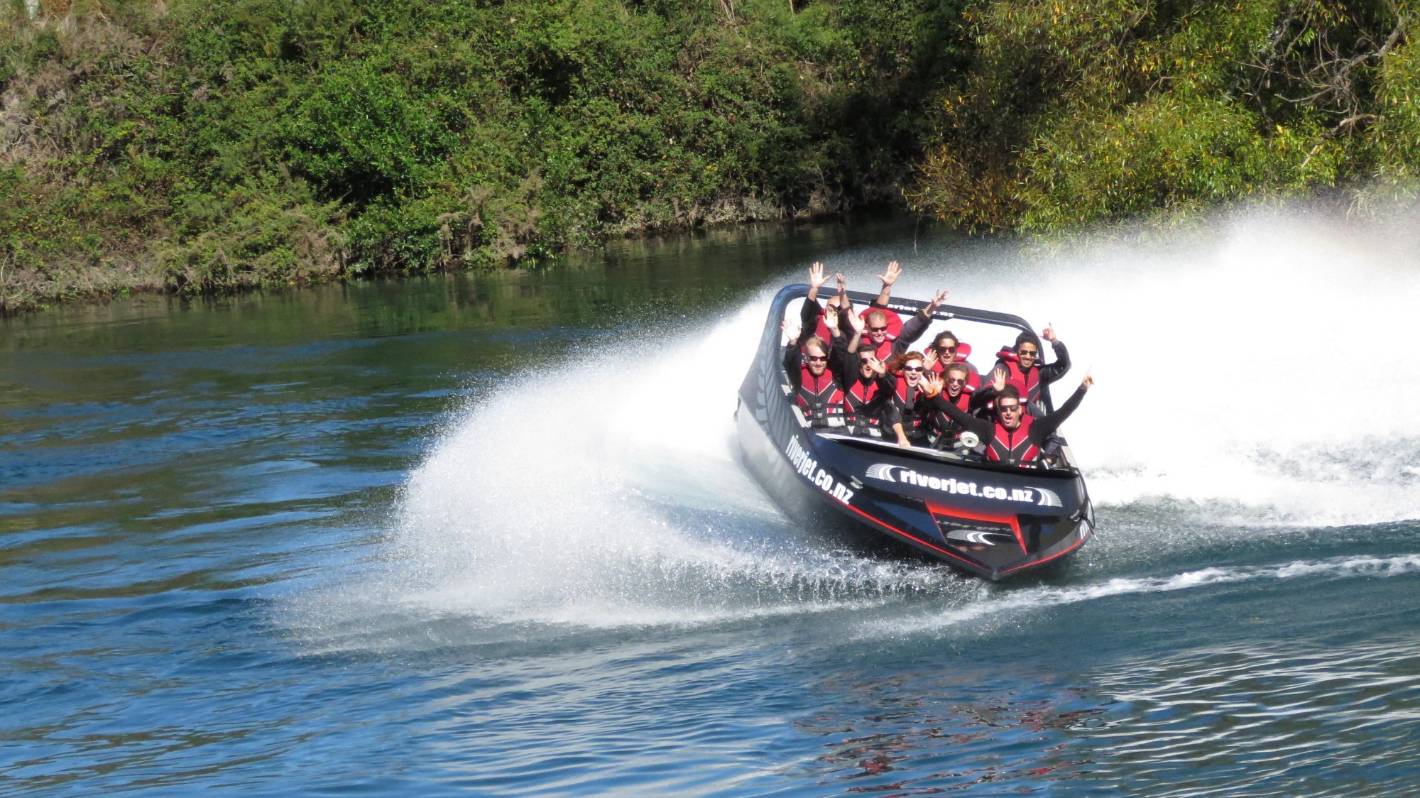 A NZ River Jet boat in action. The company is located on the busy tourist highway connecting the twin tourist meccas of Rotorua and Taupo

A Kiwi jet boat operation which has featured in Hollywood movies and thrilled famous guests from nearby Huka Lodge has been placed on the market for sale.

NZ River Jet, which is based alongside the Waikato River at 6 Tutukau Road, midway along the busy tourist highway connecting the twin tourist meccas of Rotorua and Taupo, is New Zealand’s number one-rated boat tour on TripAdvisor.

Their jet boats have been seen on blockbuster reality TV showThe Bachelor, and used in river scenes from Hollywood hits Yogi Bear, Without a Paddle, The Lord of the Rings, and River Queen.

The land, buildings and business sustaining the adventure tourism business NZ River Jet 2004 Limited, trading as NZ River Jet, is now for sale as a freehold going concern. The sale is by international tender and will close on December 3 (unless sold prior), through Bayleys’ specialist Business Sales team.

READ MORE:
* Kiwis urged to buy New Zealand-made as they begin reviving the economy
* Mercury spends up on ageing Waikato River hydro schemes
* Teenagers swimming in the Aratiatia Rapids might have died, if tourists had not raised the alarm
* Jet Boating NZ Southland branch re-enacting first trip to mark 50 years

Salespeople Jayson Hayde and Matt Clifford said assets for sale included land, buildings, boats, vehicles and other plant and equipment sustaining the NZ River Jet operation, along with an additional $10,000 of stock.

Clifford said the approximately 2619sqm of freehold going concern land for sale was located at 4095A State Highway 5, Reporoa, 1.5km from the business’ leased main base.

The leased business site of approximately 3660sqm, at 6 Tutukau Rd, contains the retail customer/office accommodation and toilet block, along with a large area of decking overlooking the river. The site incorporates ample parking, a helicopter landing site, a jetty and purpose-built boat ramp.

Improvements at the Tutukau Rd site are owned by the vendor and form part of the sale, while the land is leased from Rotorua District Council. The current lease runs through to the end of 2022, with the ability to negotiate further rights of renewal with the council.

Experienced staff are available to new owners, including a general manager and a mechanic/head driver, facilitating business continuity and the preservation of intellectual capital, Clifford said.

NZ River Jet has rights to operate on the longest stretch of the Waikato River, from the Aratiatia Dam Full James rapids at Taupo to the Ohakuri Dam face, 100km downstream.

“With more than 40 commercial jet boat operations in New Zealand, the owner has worked hard to create a profitable point of difference as a truly premium adventure tourism operation,” Hayde said.

The operation had a favourable rental rate reflecting its importance as an award-winning visitor attraction for the district, Hayde said.

“Tucked in a pristine river setting, between Rotorua and Taupo, these sites give the business the dual advantages of wilderness destination appeal combined with some of the country’s busiest tourist traffic.”