The Bulletin: Plenty of surprises in new Ardernistration 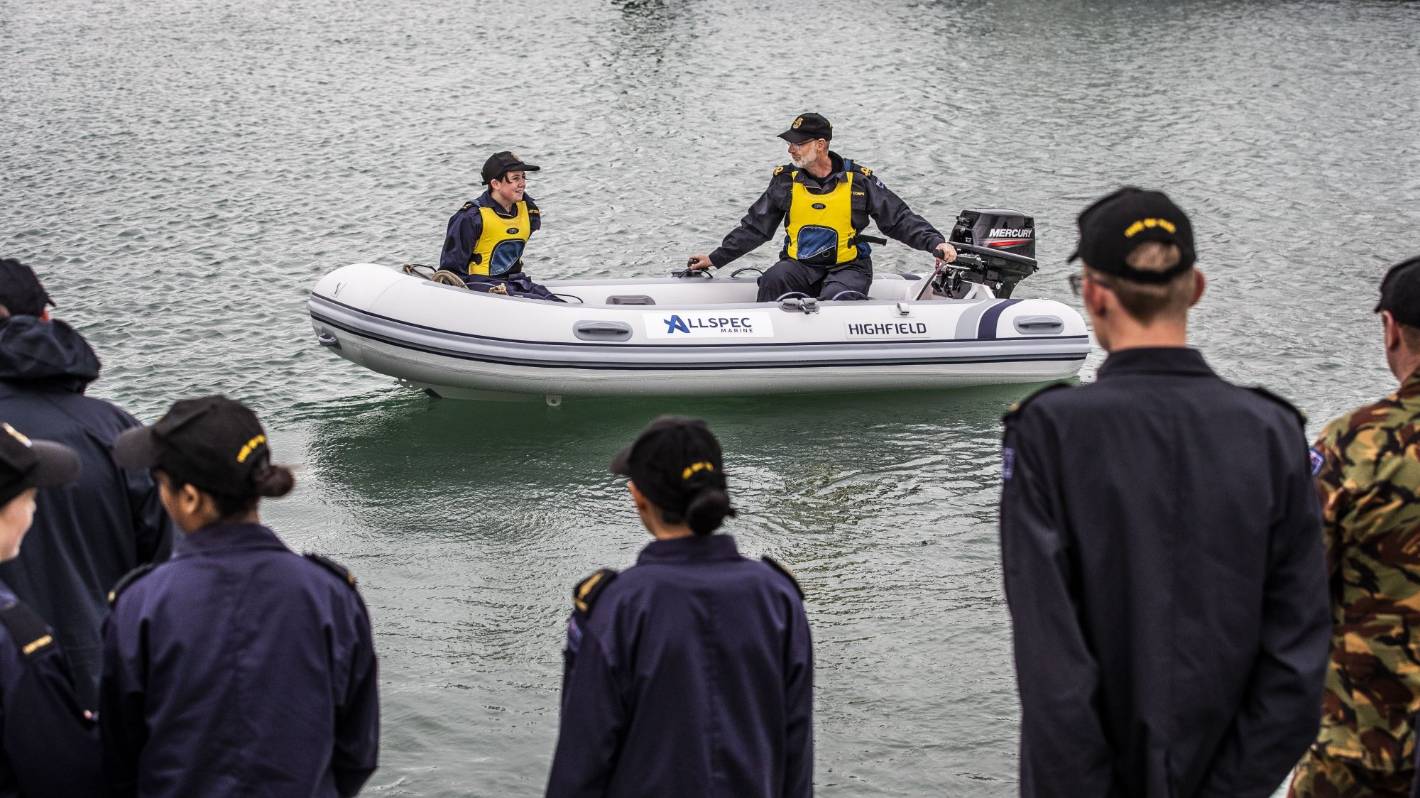 This boat has been jointly funded by the Unit Support Committee and Port Nelson.

It is understood the RHIB’s addition to the Unit will allow senior cadets to develop their skills and experience handling powered water craft.

TS Talisman have also had a recent change of leadership in the last two weeks, with the ships company welcoming aboard its new Unit Commander, Major Tim Hoffman.

A Nelson College old boy, Hoffman comes to the TS Talisman having previously been unit commander of the Nelson Army Cadet Unit.

TS Talisman is part of the New Zealand Cadet Forces (NZCF) and in summer is based at Cross Quay off Akersten St at Port Nelson, where the new boat will be launched from.

TS Talisman have been a part of the Nelson region for 59 years, and the unit is starting to plan for its Diamond Jubilee in 2021.

Despite Covid and its disruptions, TS Talisman have managed to maintain its roll – currently sitting at 27 – and the Cadets remained enthusiastic and looking forward to getting back on to the water.

While the unit’s future appears to be smooth sailing, cadets have also taken the time to acknowledge their historical seafaring ties by attending the Trafalgar Day and Sea Sunday service, held at Nelson’s Christ Church Cathedral recently.

Trafalgar Day commemorates the victory won by the Royal Navy, commanded by Vice-Admiral Horatio Nelson, over the combined French and Spanish fleets at the Battle of Trafalgar on 21 October 1805.

Sea Sunday is an annual event which marked the contribution made by 1.5 million seafarers globally.

The international Mission to Seafarers community, which operated at 200 ports across 50 different countries, joins together to pray for seafarers and their families.