North Carolina ‘essential for Trump’, less so for Biden | US & Canada 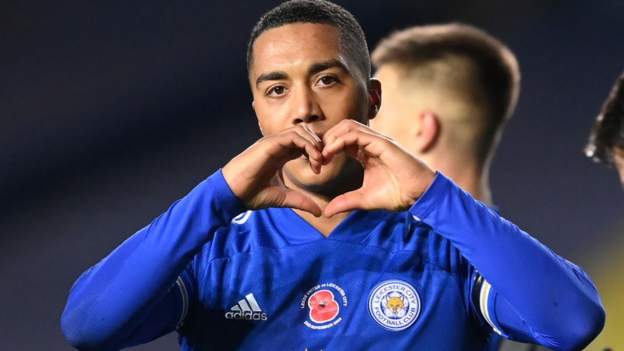 Youri Tielemans struck twice as Leicester recorded an emphatic win at Leeds to move to within a point of Premier League leaders Liverpool.

Jamie Vardy was involved in the Foxes’ first three goals – teeing up Harvey Barnes within two minutes for the opener after a costly mistake by Robin Koch.

Tielemans netted Leicester’s second – pouncing on a rebound from Vardy’s diving header – before Stuart Dallas’ cross flew all the way into the net for Leeds after half-time.

But Leeds’ response in the second half was stumped as Vardy netted a third for Leicester before Tielemans scored from the spot in stoppage time.

Marcelo Bielsa’s side – without record-signing Rodrigo, forced to self-isolate after coming into contact with somebody who tested positive for coronavirus – were made to pay for a sloppy first half.

Patrick Bamford had headed it tamely into Kasper Schmeichel’s arms seconds before Barnes’ early opener and Pablo Hernandez struck the post in the second half.

But the Foxes killed off the game late on to pick up their fourth win in a row.

Leicester started last season in blistering form and they are doing the same in 2020-21.

There was an intensity to their start in this match too – Barnes hurrying Koch into the early mistake, as the defender’s pass back was picked up by Vardy, who selflessly laid it on a plate for his team-mate.

Vardy and Barnes combined throughout the first half and the striker’s presence alone seemed to cause anxiety among the Leeds defenders.

It was only a matter of time before Vardy – whose diving header rebounded kindly for Tielemans to make it 2-0 – got on the scoresheet himself. He did so in the 76th minute, just as Leeds threatened to get back into the game.

Leicester’s aggressive pressing in the first half saw possession overturned on countless occasions and the hosts were unable to deal with transitions on the counter-attack.

Their first-half dominance set the foundations and Brendan Rodgers was then smart to react as Leeds gained momentum in the second half – the Leicester manager bringing on James Maddison and Cengiz Under, who contributed to the third and fourth goals.

Maddison’s through ball picked out Under, who smartly chipped it into Vardy’s path for the third. Mateusz Klich was then penalised for a foul just inside the box on Maddison – referee Andre Marriner confirming the decision only after reviewing the incident on the VAR pitchside screen.

Leicester maintained a sense of maturity and never looked like throwing away the win, thanks largely to Vardy’s consistent threat. It was display that offered a reminder as to why the Foxes were top-four contenders last season – and a statement that they intend to be in the fight again.

Bamford went into this match having scored six times in Leeds’ opening six Premier League matches, a run that included a hat-trick at Aston Villa.

But when the striker headed tamely into Schmeichel’s arms from an unmarked position a few yards out within two minutes, it set the tone for the first half.

Leicester were sharp, ruthless and clinical, whereas Leeds looked shaky in possession and indecisive off the ball.

Koch’s mistake, seconds after Bamford’s missed chance, was a gift for Barnes, and Leeds struggled to settle afterwards.

Skipper Liam Cooper misjudged the bounce of the ball under pressure from Vardy in the minutes that followed, while goalkeeper Illan Meslier almost fumbled a cross inside his near post and Helder Costa turned into trouble in the build-up to a chance for Luke Thomas later on.

Bamford’s poor touch when he was played through on goal towards the end of the half summed things up but Bielsa’s team talk at the break seemed to spur Leeds on.

They were fortunate when Dallas’ cross flew over everybody in the box and into Schmeichel’s net – but Hernandez’s curling effort, which struck the post, could have changed the game.

Leeds were more urgent – Dallas picking up a yellow card for an overly aggressive tackle on Marc Albrighton, while the coaching staff encouraged quick throw-ins to keep the intensity up.

But Leeds failed to deal with the runs in behind from Vardy and when Maddison came on, he had a big impact in midfield – regaining control and creating opportunities with his direct passing.

The result leaves Leeds 12th – yet only three points outside the top four – going into matches against Crystal Palace, Arsenal and Everton, which will give a clearer indication as to where their season is heading.