A new tropical depression formed in the Caribbean. It could become Tropical Storm Eta

Rutgers laterals their way to, well, a huge loss after crazy ‘touchdown’ is called back 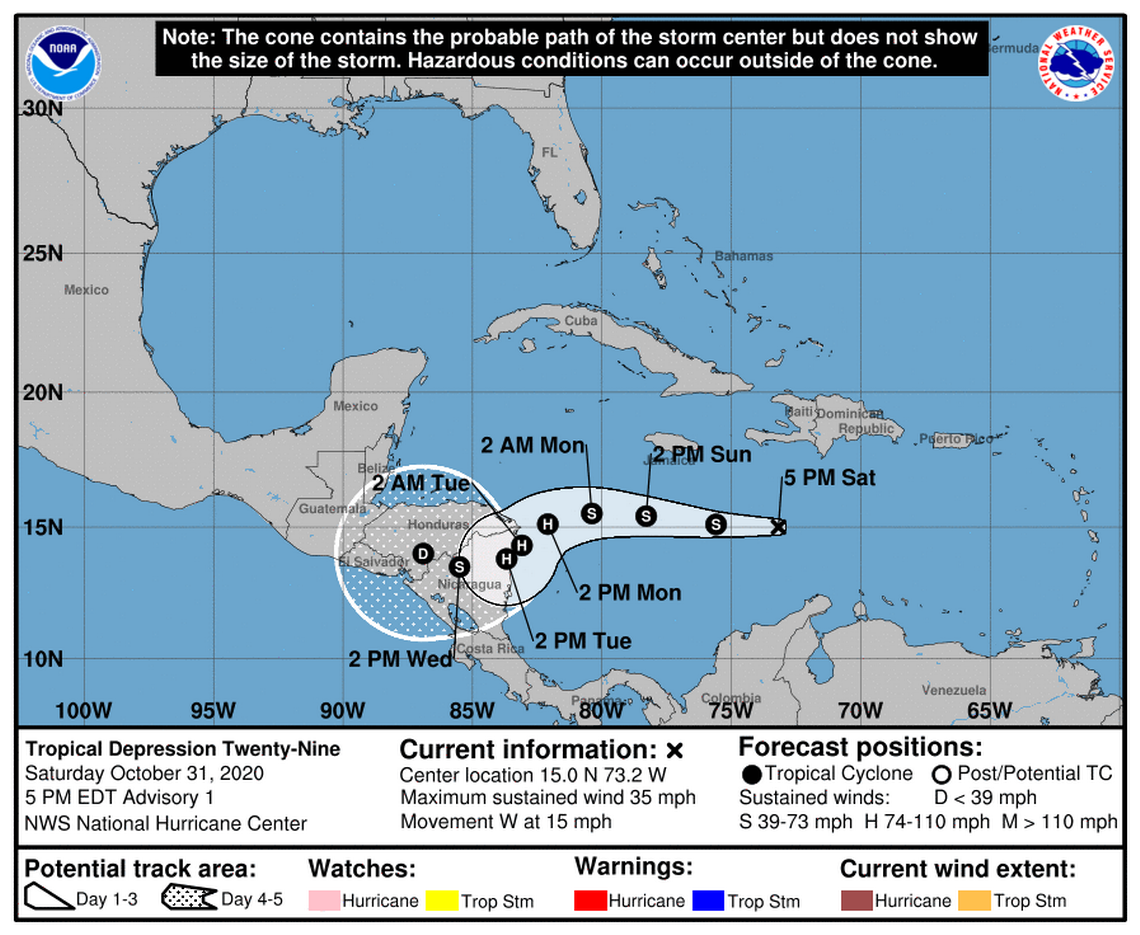 A new tropical depression has formed in the Caribbean, putting the 2020 hurricane season within reach of breaking a slew of meteorological records.

The National Hurricane Center said the system could strengthen into Tropical Storm Eta later Saturday, which would tie 2005’s record for most named storms in a season — 28. It would also be the first time a storm was ever named Eta, the seventh letter in the Greek alphabet.

The hurricane center predicted that Tropical Depression 29 will head west toward Central America and become a Category 1 hurricane by Monday just ahead of landfall in Nicaragua on Tuesday. From there, the models are split on whether the storm would speed up into Central America or stall off the coast.

“The intensity forecast hinges greatly on whether or not the cyclone’s center moves inland over Central America, but regardless, the system is expected to be a hurricane when it approaches the Honduras and Nicaragua coasts in a few days,” forecasters wrote.

As of the 5 p.m. update, the depression had 35 mph maximum sustained winds and was headed west at 15 mph. It was about 315 miles southeast of Kingston, Jamaica.

There are no watches and warnings issued, but the hurricane center said some may be needed as soon as Saturday evening.