‘You just can’t understand what is happening to you’: Support important for those left behind by suicide 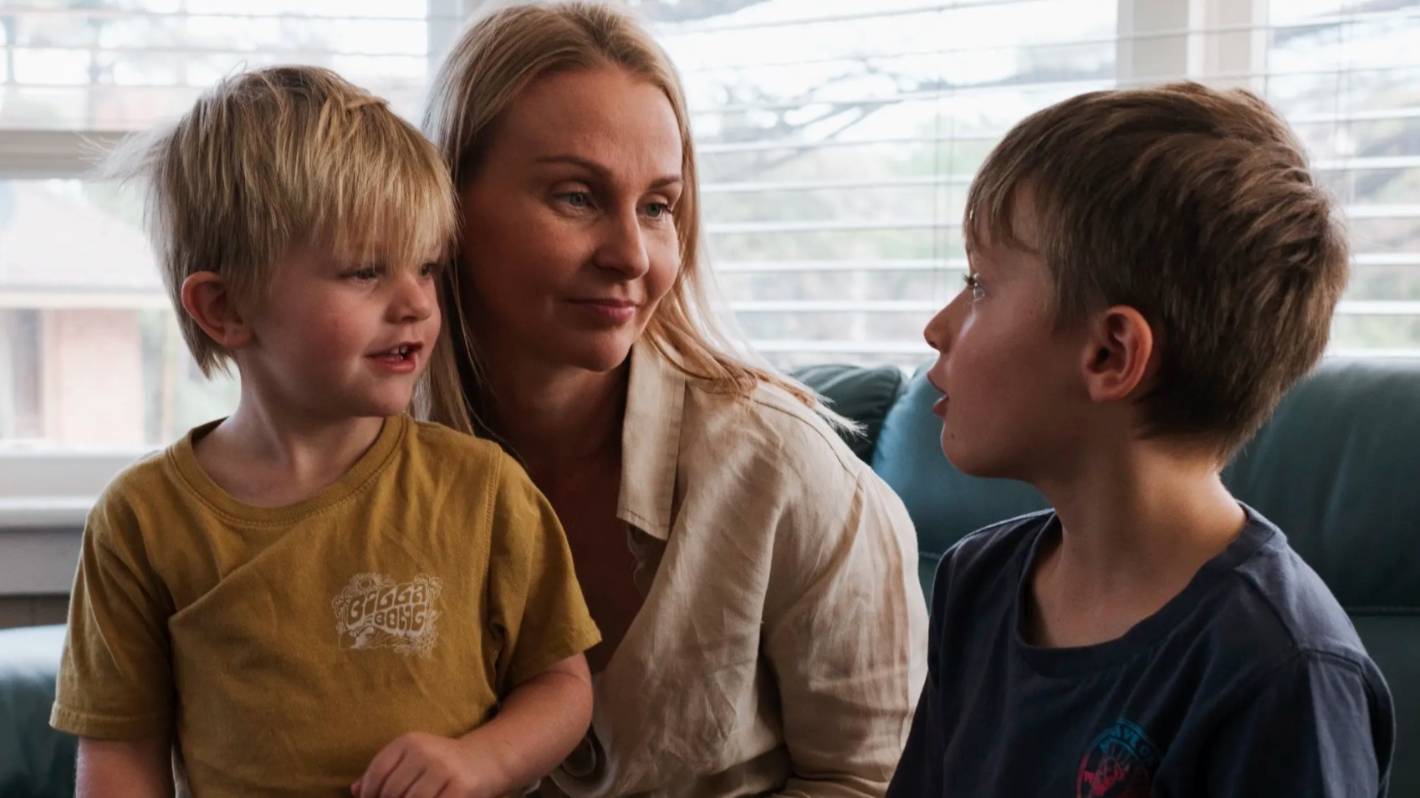 The grief that follows suicide is a complex fusion of guilt, anger and utter shock that Sandy Smith knows intimately.

Her life became a strange entanglement of overwhelming emotion and administrative box-ticking the night her husband Kurt took his own life in April 2017. Her youngest of four sons was just seven months old.

“You just can’t understand what is happening to you at that point,” Smith, 37, said.

“You never prepare for something like that and then you have to deal with all of these things in complete shock.”

READ MORE:
* NZ-specific suicide clustering guidelines created to better support communities
* ‘Why do you take those pills, Mummy?’ Explaining mental illness to my six-year-old
* Invercargill community rallies in wake of suicides
* An open letter to my 4 sons about 13 Reasons Why
* Are anti-depressants the answer?

Police wanted her go to hospital to identify her husband, she was handed forms for the morgue, soon she would need to start making funeral arrangements, notify Medicare and go to Centrelink.

She didn’t know if she was entitled to any bereavement payments or Kurt’s life insurance. The advice from well-meaning people around her varied from confusing to counterfactual.

“So many people said don’t tell the boys how Kurt died … don’t tell anyone it was a suicide,” Smith said.

“There is still so much shame attached to it, which we need to change. I don’t want my kids to carry that shame with them.”

When a person takes their own life, the devastating reverberations are felt by on average five immediate family members and up to 135 other people in their community.

The loved ones of people who die by suicide are at greater risk of suicide themselves compared to the general population.

Families of people who die by suicide in NSW will soon have the support of people who deeply empathise with their shock and anguish, specialised counselling and practical assistance with the unavoidable administrative tasks that encroach on their grief.

The NSW government is investing A$4.5 million (NZ$4.78m) in its Post Suicide Support service to address this long tail of trauma by helping families navigate the aftermath of suicide, as well as supporting first responders and community members who have witnessed or discovered a suicide.

StandBy: Support After Suicide has been granted A$4.2 million to run a statewide ‘postvention’ service, offering peer support from people with their own experience of losing a loved one through suicide, family and individual counselling or therapy for partners and children, as well as practical assistance dealing with police, coroners and funeral arrangements and myriad other administrative burdens.

The first counsellor Smith saw didn’t want her to bring her infant son to her appointments because, she said he would feel her emotions.

The second counsellor fitted her with a heart monitor. When her heart rate rose, she had to stop talking.

“Every time I talked about Kurt my heart rate would go up, so I could never talk about him,” she said.

The practical support of the postvention program will be invaluable, Smith said.

“But the most will healing thing for me was being with people who have lived experience [of suicide]. They just get it. They know how complicated this grief really is, they’ve walked ahead of you down this path, and they know that it does get better,” she said.

“It does get better. I’ve fallen down a few times but I’m in a pretty good place right now,” she said.

The new service is part of the NSW government’s A$87 million Towards Zero Suicides strategy.

“This is what people with lived experience were telling us they needed … there just weren’t any services to help people get through this really difficult time,” Taylor said.

First responders, including police, paramedics and firefighters, as well as members of the public who witness a suicide may also be profoundly affected.

“The real key is having a specialised workforce for post suicide support that will provide the emotional and practical support,” Taylor said, “from accessing existing government services to explaining a suicide death to young children,” she said.

The program is expected to be running before the end of the year.