The Unity Books bestseller chart for the week ending October 30 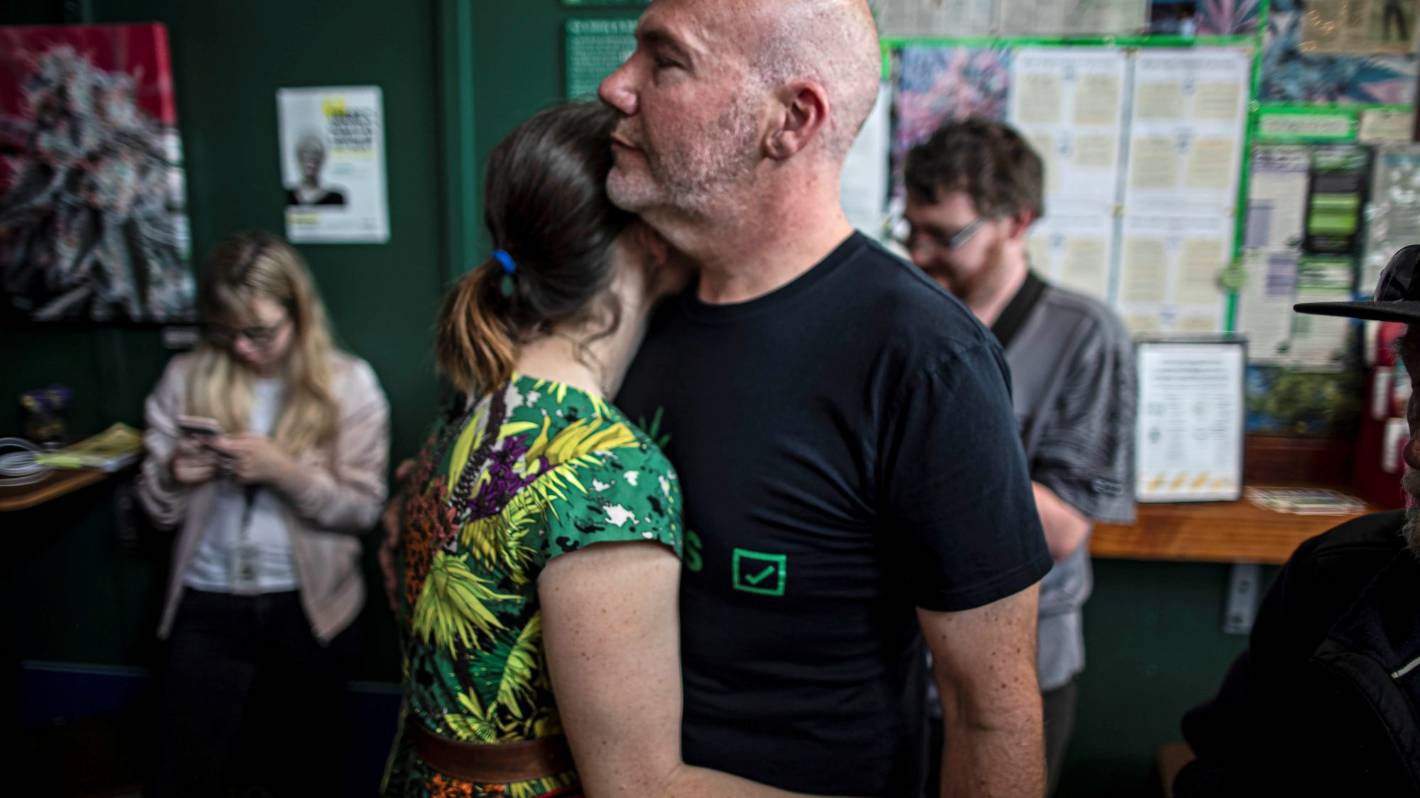 Supporters for the legalisation of recreational cannabis are reeling in devastation as news comes that the referendum has narrowly lost the vote.

The preliminary results released at 2pm on Friday show 53.1 per cent of votes against the Cannabis Legalisation and Control Bill, and 46.1 per cent in support.

The results are still preliminary. Special votes released next week will likely narrow the margin, but would need over 69 per cent in favour.

Despite the huge disappointment, pro-cannabis voters are hopeful special votes might still swing in their favour, but the margin may be too large to overcome.

Speaking from the Hempstore on K Rd and Norml headquarters in Auckland, James Brown​ said he was “resigned” to the results.

“This is not over – people are not going to stop growing, smoking and using cannabis. Certainly it’s not going to get rid of cannabis just because the majority voted no, and if they think that’s the case, they’re in for a rude shock.

“Special votes will be generally impressive, so if it manages to clinch it for us, I’ll be pleased, but I honestly do not think it will change the outcome.”

Chloe Swarbrick is proud of the ‘fact based’ campaign for cannabis legalisation but says the same can’t be said for those opposed.

Norml president Chris Fowlie said this was a non-binding referendum – both ways.

“We have a new Government and there’s plenty of other opportunities for reform. Cannabis wasn’t invented by this referendum and certainly won’t go away by voting no.

Supporters for legalisation have campaigned for years that people should not be criminalised for using the plant they claim is a medicine and helps them, and that prohibition has caused more harm than good.

Anti-legalisation campaigners, on the other hand, warn there are too many social and health risks associated with legalisation.

In Golden Bay, cannabis and legalisation supporter, Emma Callaghan​, said she was disappointed but would remain positive that special vites would “sort it out”.

“I thought it was going to be enough of a landslide to not worry about specials [votes]. I just didn’t even want to believe it wouldn’t go our way.”

Callaghan​ said she’d lived in the Netherlands for many years, where she could legally buy cannabis over the counter with her coffee. “I wanted to be able to do the same here.”

Justice Minister Andrew Little speaks to media about provisional results of the two referendums voted on in the 2020 general election.

New Zealanders should be “empowered to grow cannabis themselves”, Callaghan​ said.

“It’s just so disappointing – we are talking about a plant.”

Special votes are cast by anyone who votes from overseas or outside their electorate, or anyone who enrolled late or who enrolled to vote on the day. For the first time since 2008, it will also include prisoners who are serving sentences of less than three years.

Special votes have historically tended to lean left, and are likely to favour the “yes” vote.

Jeanette Saxby​, a drug and alcohol counsellor and cannabis user of 40 years, said she was “devastated and disappointed” but would remain philosophical.

Saxby​ runs a clinic in Dunedin where she assesses the suitability and eligibility of medicinal cannabis for her patients.

“I don’t want to have sour grapes over it but it’s surprising to me – a little small-minded of other people saying, ‘you can’t do this’ to all the cannabis users.”

Saxby​ said she could “give a list” as to why the vote failed to return a majority “yes” vote.

“I always had a niggle that there were too many individual campaigns … they didn’t contradict each other, but if we’d been a united force with one message, would it have worked?”

“We know the special votes will go in our favour, but we have a lot of ground to make up.”

The biggest disappointment today was in hearing that Prime Minister Jacinda Ardern​ had acknowledged that she voted “yes”, after previously refusing to publicly disclose, Reider said.

“It could have certainly tipped votes in our favour.”

If Ardern​ understood that reforming cannabis laws was the “sane and compassionate” thing to do, Reider said the Prime Minster now had a “moral obligation” to reform our drug laws.

Reider was also disappointed the majority had voted for the End of Life Choice Bill, but not cannabis.

“It’s a much more serious moral issue to end someone’s life than to smoke cannabis,” she said.

“This isn’t the end of the story, even if the final results don’t pass. It’s just another chapter.”

In Nelson, medicinal cannabis campaigner Rose Renton​ said it was “obviously deflating” but she was having a glass of red wine to celebrate how far campaigners had come.

“Equally you have to look at all the progress. Yes, it’s shattering for people who want to grow [cannabis] and it doesn’t change the reality for me, which is difficult, but you have to see beyond this and how far we’ve come.”

Renton​ said “no matter how many times you fall down, you have to get back up”.

“We know we have a medicinal cannabis system which doesn’t work, that green fairies are still carrying the burden, and we have a law that doesn’t protect them. “

Renton​ called the referenda results for both cannabis and euthanasia “ironic”.

“Are we really telling people they can take their own life, but you can’t grow a plant that helps your arthritis?”

The pro-legalisation campaign, Make It Legal, has said that it has “not given up hope” for a more compassionate and sensible approach to cannabis.

Spokesperson Sandra Murray​ said the’d always known that the result would be close.

“But months of misinformation from the Nope to Dope campaign, resourced by wealthy overseas backers, has had its effect.”

Regardless of the final count, Murray​ said the Government could not now ignore the “huge voice” for change.

“It is untenable for the Government to do nothing at all.”