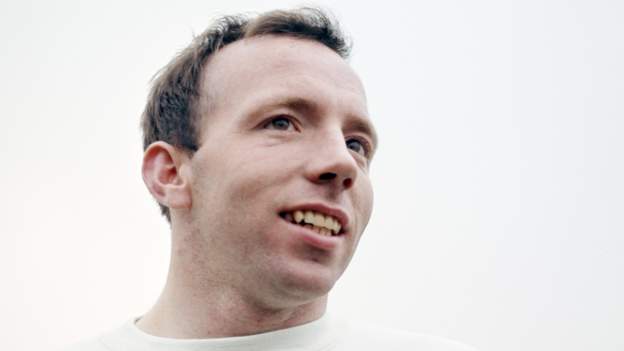 Manchester-born Stiles was made an MBE in 2000.

“The family kindly ask for privacy at this sad time.”

Stiles won 28 caps for England and played a key role in neutralising Portugal star Eusebio in the 1966 semi-final, before another fine showing in the dramatic 4-2 extra-time win over West Germany.

At club level, Stiles won two English league titles and the 1968 European Cup during an 11-year career with Manchester United.

He made almost 400 appearances for the Red Devils between 1960 and 1971, going on to play for Middlesbrough and Preston North End before retiring in 1975.

He moved into management with Preston between 1977 and 1981, then had a brief and unsuccessful spell in charge at West Bromwich Albion during the 1985-86 season.

In 1989, United asked him to return as youth team coach, and he helped develop players such as Red Devils legends Ryan Giggs and Gary Neville.

“Rest in Peace Nobby. Thank you for all you did for us. You taught us how to fight for everything in that red shirt,” said Neville.

“Another of our 1966 World Cup winning heroes leaves us. He had a heart that was even bigger than the gap in his teeth. RIP Nobby.”

The England national team said they were “incredibly saddened” to learn of Stiles’ death and that “all of our thoughts are with Nobby’s loved ones”.

Former Preston and Liverpool defender Mark Lawrenson said Stiles “more than anyone made me into a player at Preston – absolute gentleman as well. Love to the family, a very sad day”.

But he moved away from the public spotlight as his health deteriorated – he had a minor stroke in 2010, and was then diagnosed with Alzheimer’s disease and prostate cancer.

In 2010, he sold his World Cup and European Cup medals, which Manchester United bought for a combined total of more than £200,000.

A road was named after him in Collyhurst – the inner-city area of Manchester where he grew up – in May 2016.

In a BBC documentary screened in 2017, Stiles’ son John told former England captain Alan Shearer he was “utterly convinced” heading a football was responsible for his father’s dementia.